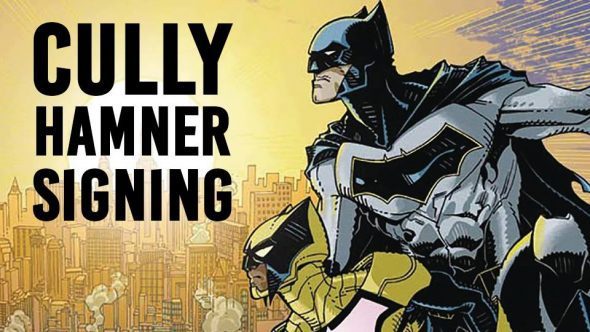 Cully Hamner is an American comic book artist and writer, known for his work on such books as Green Lantern: Mosaic, Blue Beetle, Black Lightning: Year One, Detective Comics, and The Question. He is also the illustrator of the 2003 graphic novel Red, which was adapted into a 2010 feature film of the same name.