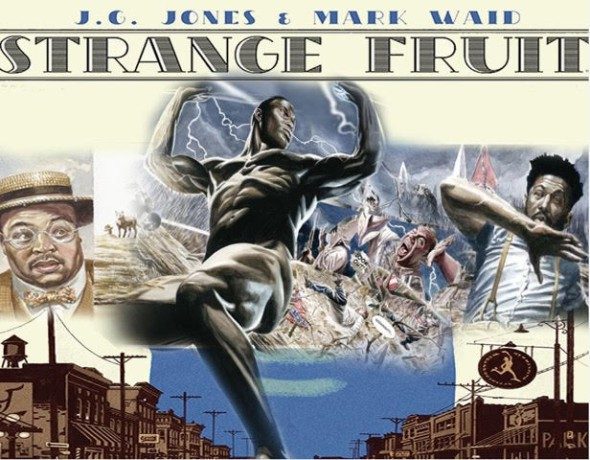 Locust Moon publisher Josh O’Neill will discuss THE ORIGINS OF STRANGE FRUIT with superstar cartoonist and illustrator J.G. Jones at the Van Pelt Library on Thursday, March 17, 2016 at 6:30 PM. This is the first in a series of of talks on comics and sequential art hosted by the University of Pennsylvania.

Well known for illustrating prestigious comic series like FINAL CRISIS, BEFORE WATCHMEN: COMEDIAN, and WANTED, as well as painting countless covers for Marvel and DC, J.G. Jones has created some of the most iconic and memorable images of the modern comics age. Last year he partnered with Mark Waid to debut the gorgeous and controversial STRANGE FRUIT, a fully painted science fiction comic confronting bigotry in the Jim Crow south. Join us for a talk with J.G. about art, race, and the difficulty of telling challenging stories in the comics industry.