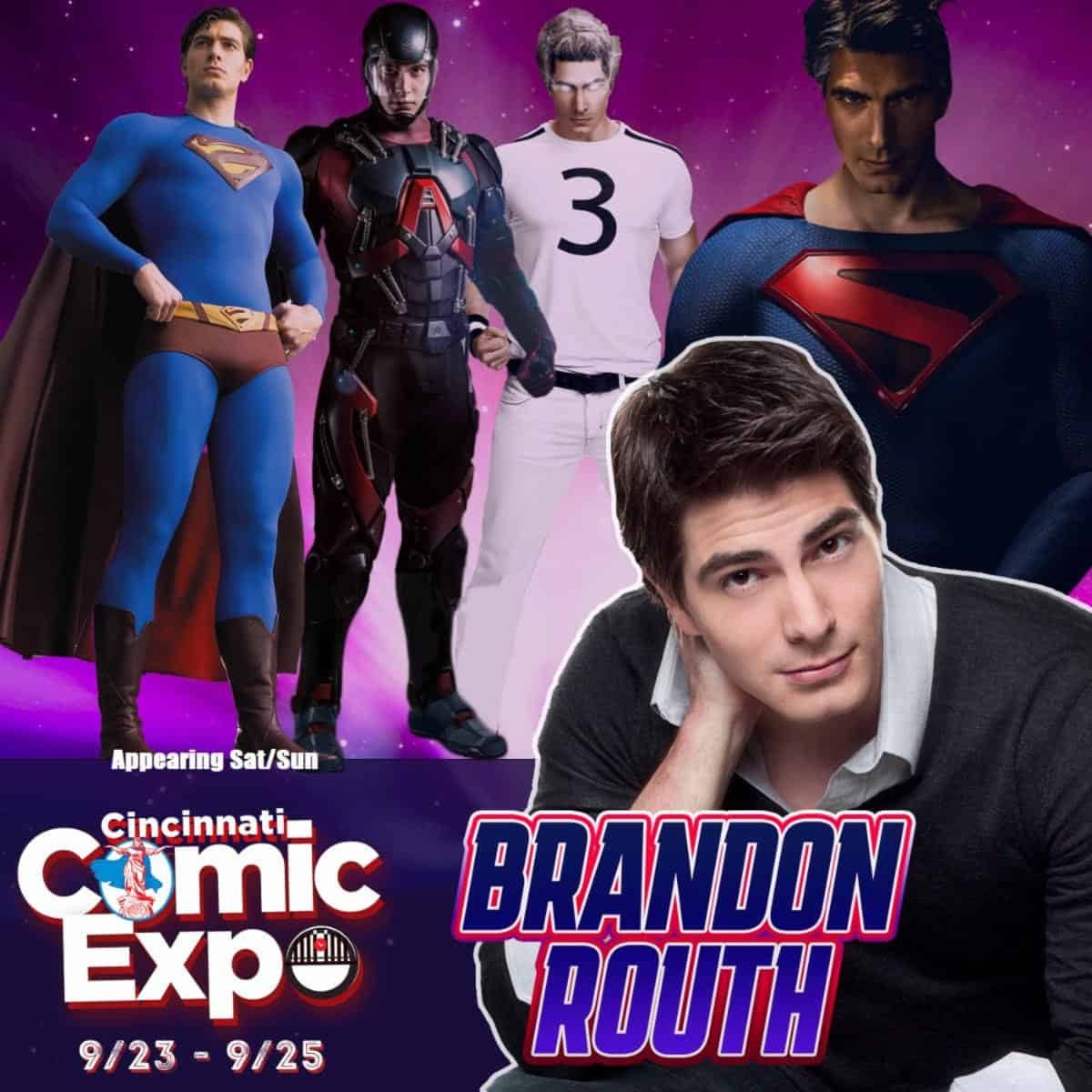 Brandon Routh is the newest guest joining us at the 2022 Cincinnati Comic Expo! Brandon is most recently known for his role as Ray Palmer/The Atom in the Arrow-verse. He began portraying the character in Arrow, leading to starring in DC’s Legends of Tomorrow, with appearances in Vixen, Batwoman, Supergirl, and The Flash. He appeared as Superman in an episode in a nod to his starring role as Superman/Clark Kent in Superman Returns. Fans also recognize Brandon from Gilmore Girls, The Batman, Chuck, Scott Pilgrim vs The World, Partners, Chosen, The Rookie, and much more. In addition to the video game version of Superman Returns, he has voiced on Call on Duty: Ghosts, Lego DC Super-Villains, and Magic: The Gathering Arena. Brandon will be starring in Netflix’s Magic: The Gathering premiering later this year. 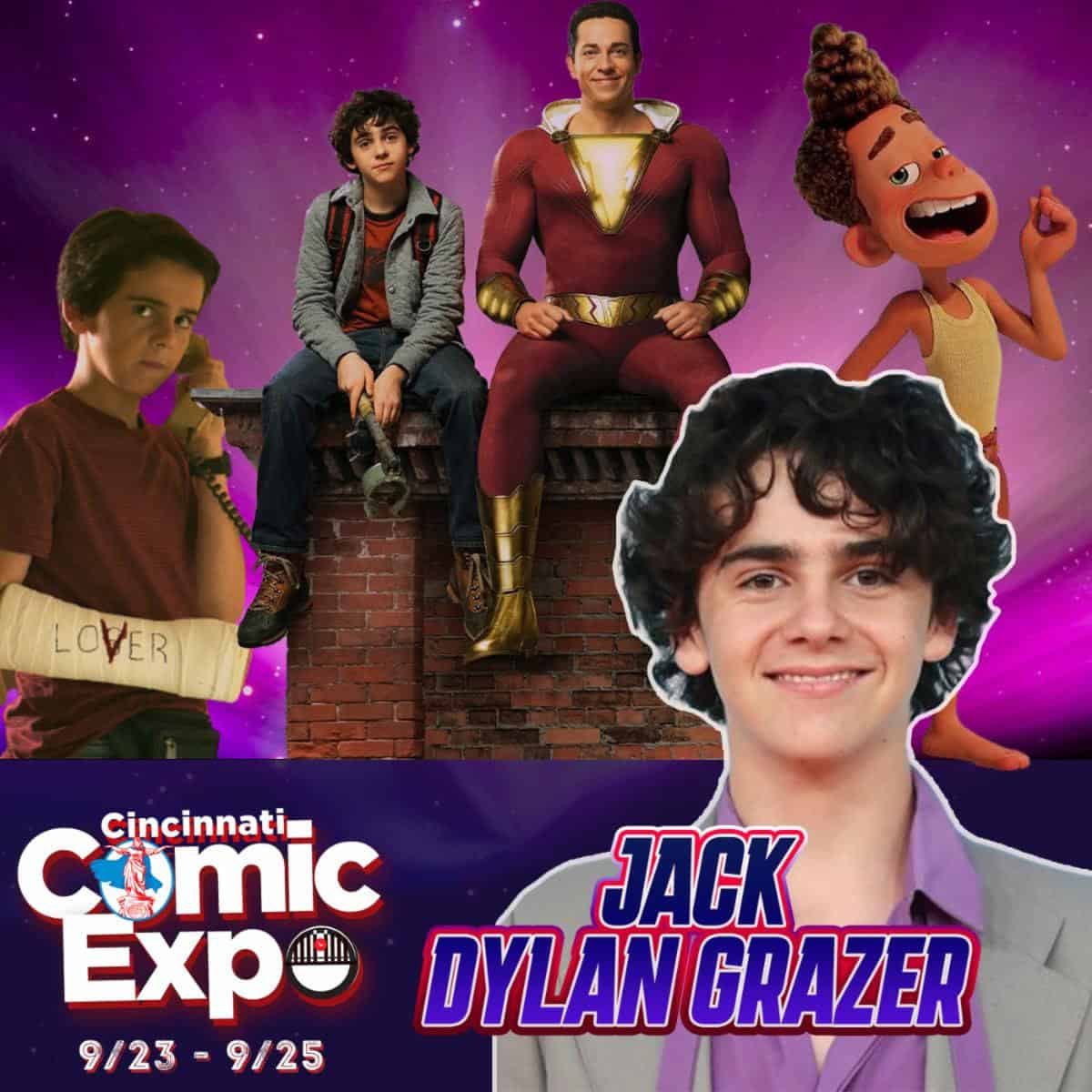 Jack Dylan Grazer is the newest addition to the lineup for the 2022 Cincinnati Comic Expo! On the big screen, Jack is recognized for his roles in It and It Chapter 2, as well as Shazam! and the upcoming Shazam! Fury of the Gods, plus Don’t Tell a Soul, Luca, and others. Fan have seen him on television on Speechless, Me, Myself and I, We Are Who We Are, and more. Jack will be starring in the upcoming animated feature Batman and Superman: Battle of the Super Sons at Jonathan Kent/Superboy. 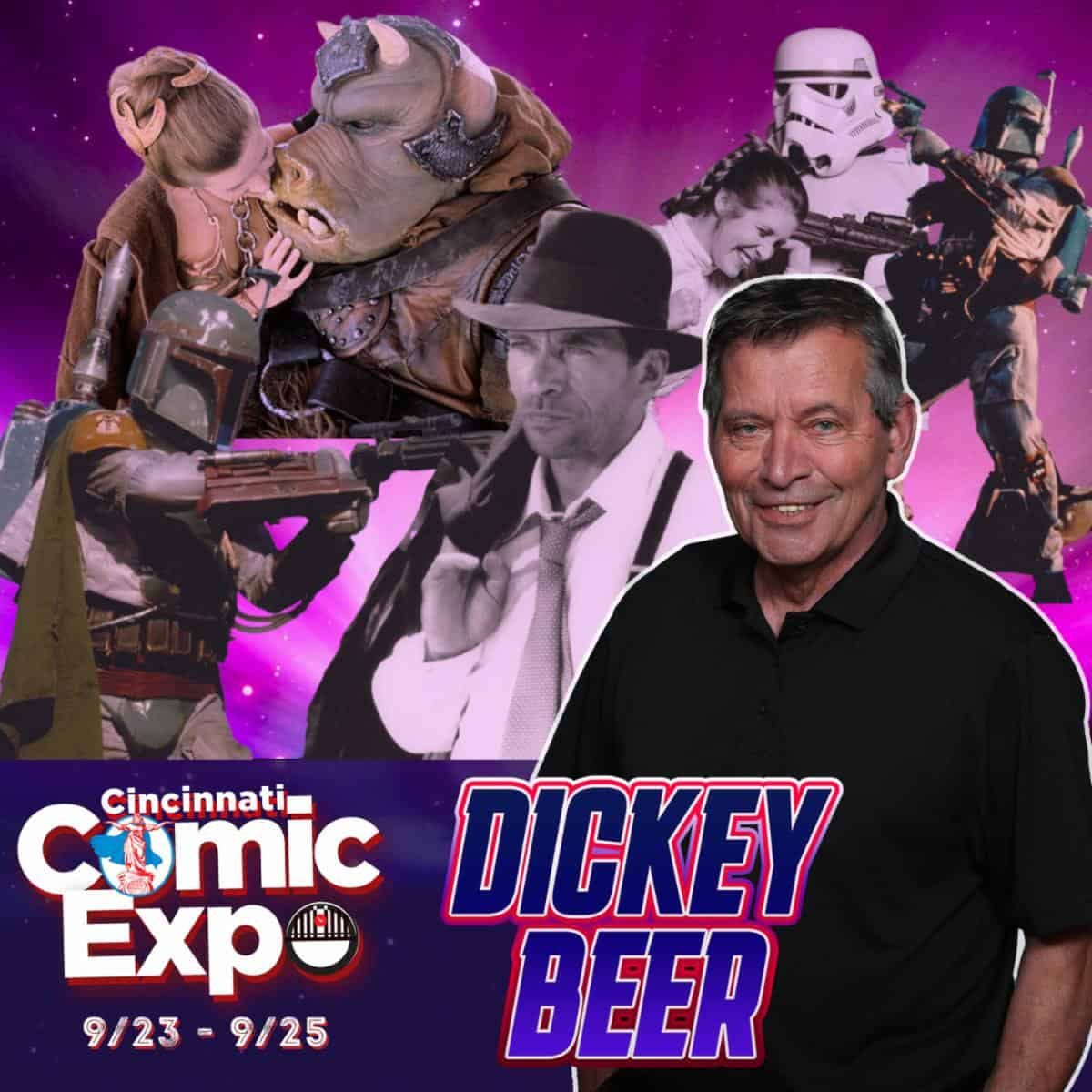 Dickey Beer is returning for the 2022 Cincinnati Comic Expo! He is an actor, stunt performer, stunt coordinator, action unit director and producer. Dickey is known for his work on Return of the Jedi, where he portrayed several roles during the movie, such as the iconic bounty hunter Boba Fett who fought in all the battles scenes, which propelled him into cult status worldwide. He was also the Luke Skywalker stunt double in a variety of action scenes while portraying the characters of Barada, Sergeant Junkin, a Stormtrooper, a Gamorrean Guard and a Biker Scout during filming. Going beyond the Star Wars Universe in a galaxy not so far away, his other films include, A Bridge Too Far, Superman III, Krull, Indiana Jones and the Temple of Doom, Dune, Supergirl, Rambo III, Indiana Jones and The Last Crusade, Total Recall, Cliffhanger, Cutthroat Island, Starship Troopers, Terminator 3, Lara Croft Tomb Raider: The Cradle of Life, Hancock, Transformers: Dark of the Moon, The Bourne Legacy, Need for Speed, xXx: Return of Xander Cage, The Inhumans TV series and Jurassic World: Fallen Kingdom, Wonder Woman 1984, and most recently on Jurassic World Dominion and so many others. He worked on several James Bond Films ranging from Never Say Never Again, A View to A Kill, and Tomorrow Never Dies. 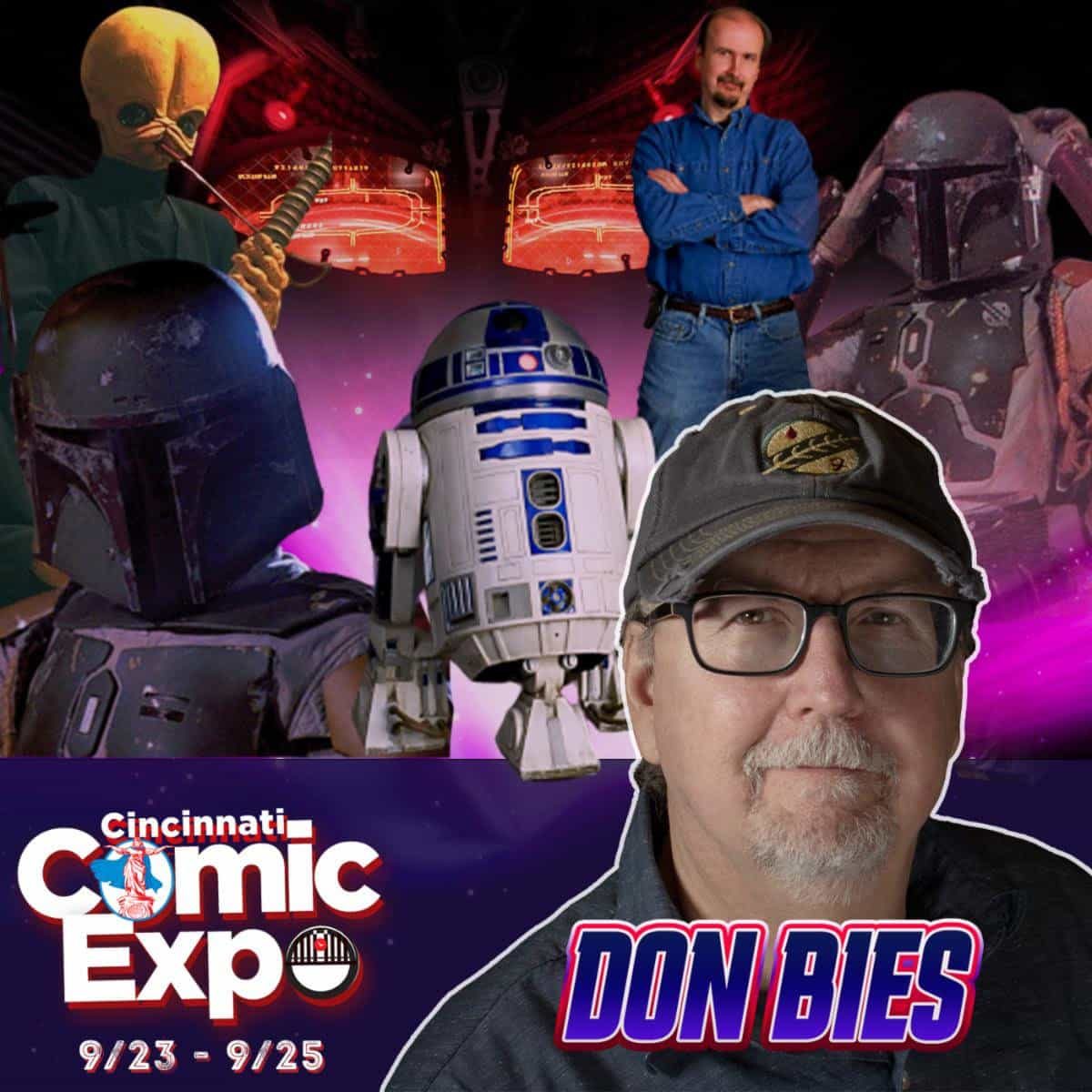 Don Bies is the latest guest added for the 2022 Cincinnati Comic Expo! His model, special effects and prop work has appeared in numerous films and projects. At ILM, his model/creature making credits include the Star Wars prequels, Indiana Jones and the Last Crusade, Ghostbusters II, Starship Troopers, Galaxy Quest, Pirates of the Caribbean I and II, and others. He also has worked on The Fly I and II, Flubber, and more. In addition to being the R2-D2 operator and droid supervisor for the Star Wars Prequels, Don has appeared as Artuo Pratuhr in Attack of the Clones and Boba Fett in the special edition of Return of the Jedi as well as numerous stormtroopers and imperial officers in the other Star Wars special editions. 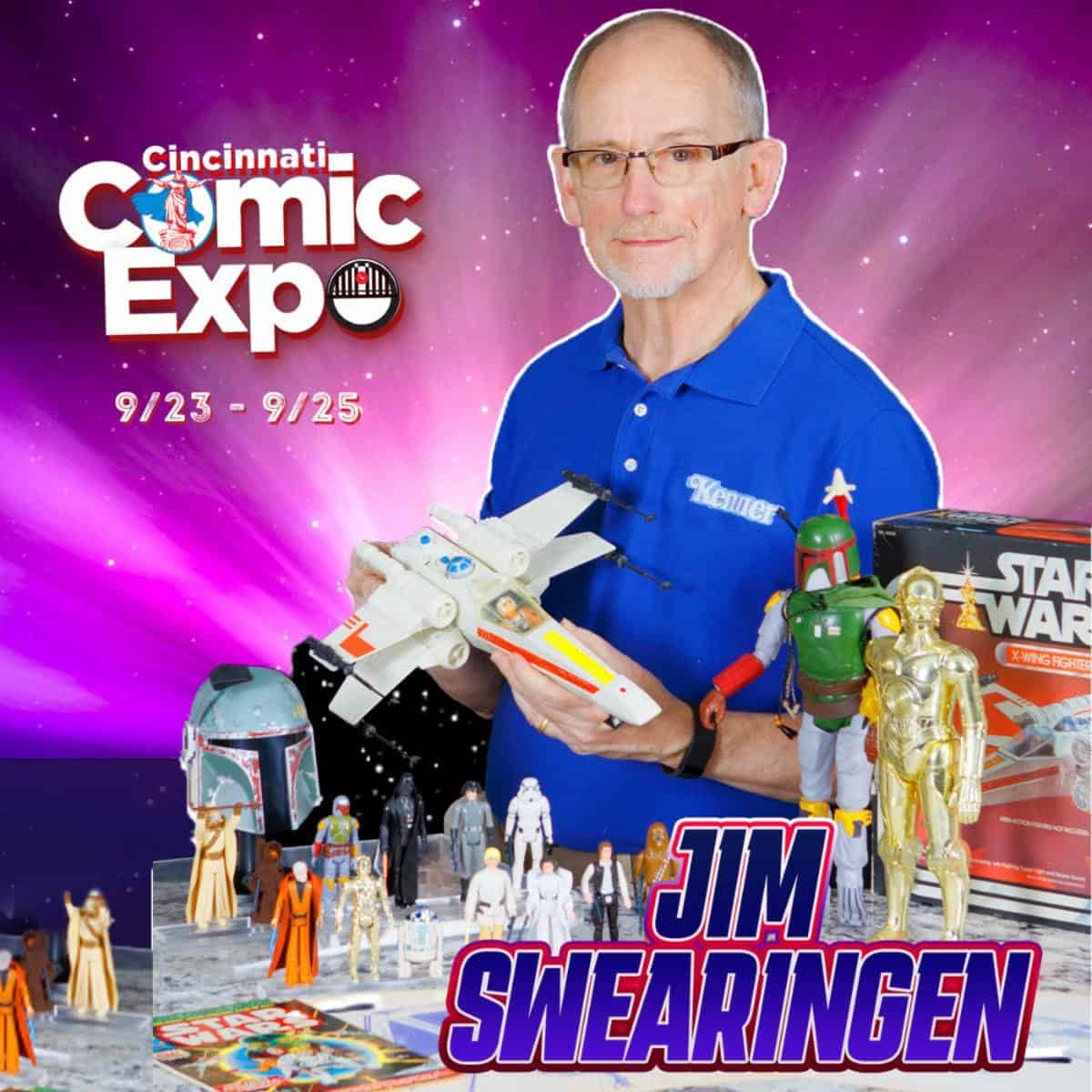 Toy designer Jim Swearingen will be at the 2022 Cincinnati Comic Expo all weekend long! Jim was instrumental in Kenner acquiring the license to develop the Star Wars toy line. In addition to his work with LucasFilm toys at Kenner, he worked on other lines such as Easy Bake Oven, PlayDoh, The Six Million Dollar Man, Strawberry Shortcake, and others. In his time with Hasbro, he worked on Jem, Moon Dreamers, and more.