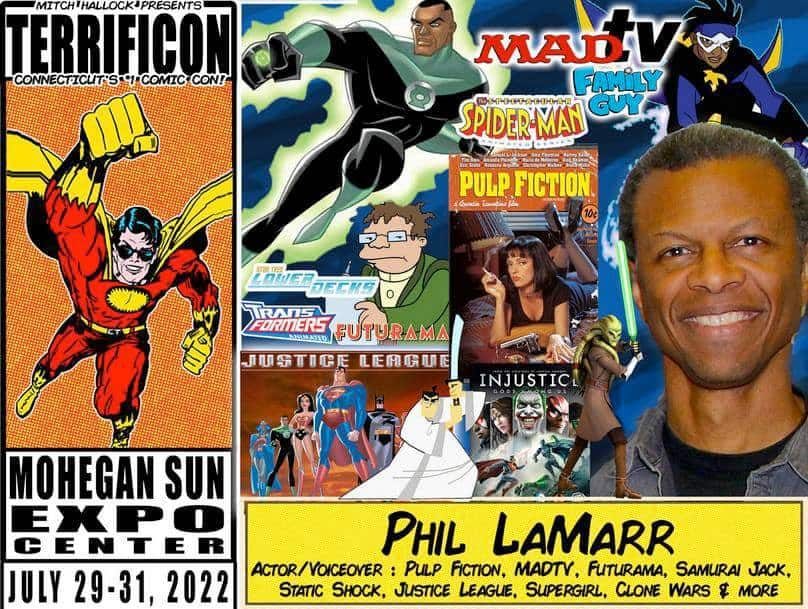 Fans know Mr. LaMarr from his many roles on TV and movies, like MADTV, Supergirl to Pulp Fiction. However, as a voiceover talent they hear him in shows like; The Book of Boba Fett, Futurama, Static Shock, Samurai Jack, The Sensational Spider-Man, Star Wars: Clone Wars, Rebels and most famously as John Stewart the Green Lantern on the animated Justice League. Video game fans can hear him in Metal Gear Solid, Mortal Kombat and many more.

Fans can meet Phil LaMarr at New England’s home for comic book fans, the one and only TERRIFICon happening once again at Mohegan Sun! Tickets are available online at Ticketmaster.com or at Mohegan Sun’s Arena Box Office or at several comic book shops, check out website for more information: terrificon.com