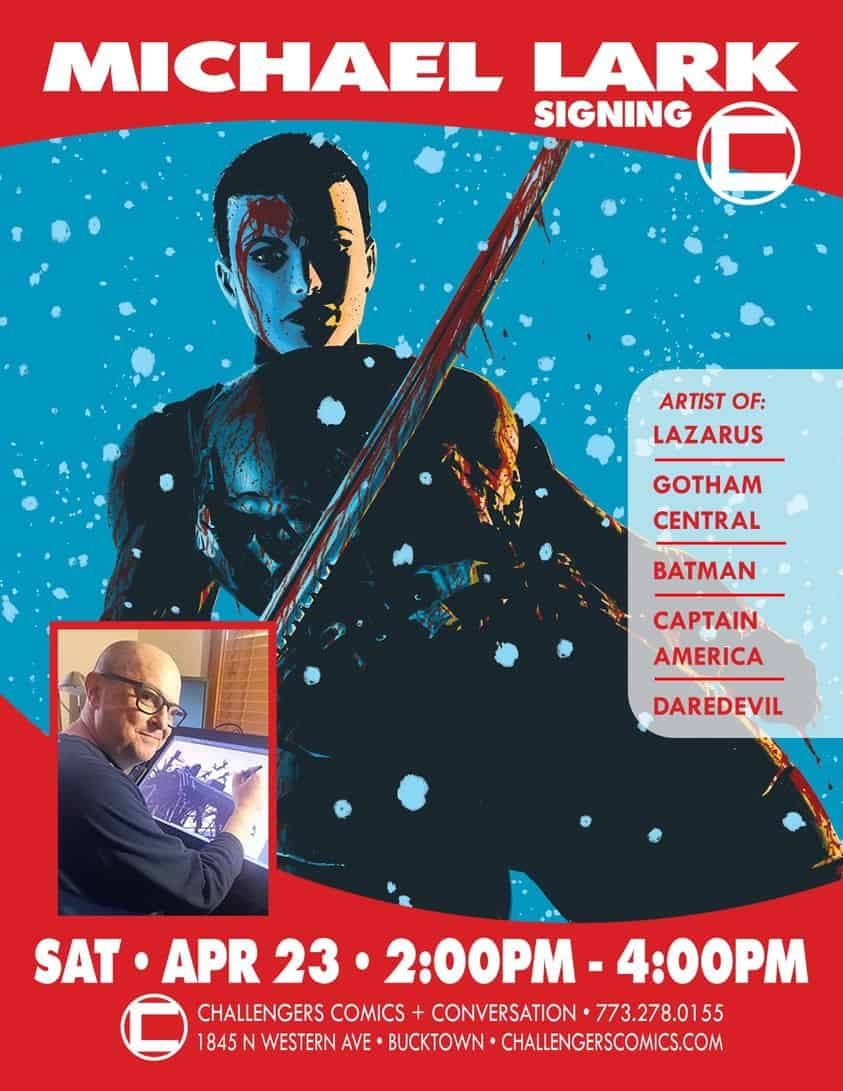 Superstar comic book illustrator MICHAEL LARK is coming to Challengers and we’re so excited! Michael will have some original artwork available, and we’ll have a solid selection of his incredible comic work in graphic novel form. He will be signing form 2pm to 4pm on Saturday, April 23, 2022.

Michael Lark is an Eisner Award nominated illustrator for his work on Lazarus (with Greg Rucka), Daredevil (with Ed Brubaker), Gotham Central (with Brubaker AND Rucka), Batman Nine Lives and Terminal City. He has also illustrated Terminal City: Aerial Graffiti, Scene of the Crime, and worked on many other titles, including Captain America, All-Star Comics, Superman: War of the Worlds, Sandman Mystery Theatre, The Invisibles, and Legends of the Hawkman. He also drew the Stephen King Dark Tower mini-series The Battle of Tull.