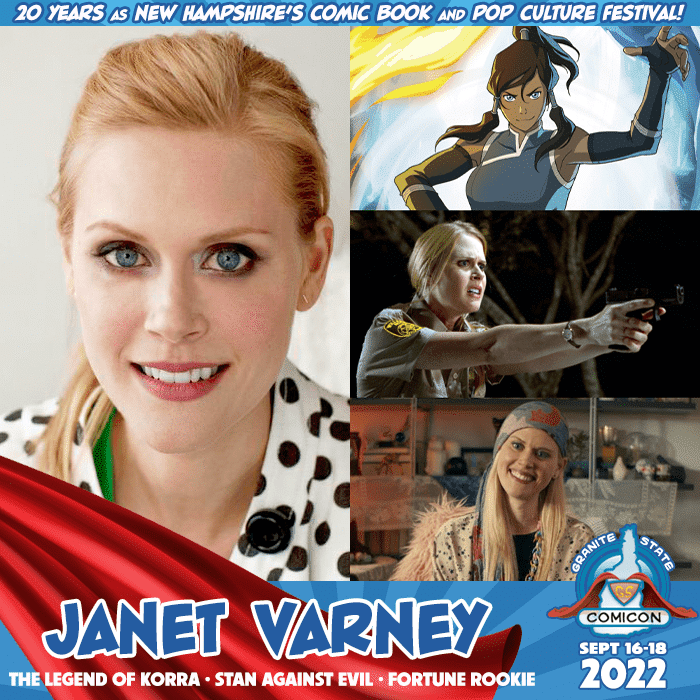 Hey, Graniteers! We are so excited to announce our next guest! Please welcome, Janet Varney!!

Janet Varney is an Emmy-Nominated actor, comedian, writer and producer. In the animation world, she is lucky enough to be the award-winning voice of Korra on Nickelodeon’s critically-acclaimed standout hit “The Legend of Korra,” a role for which she continues to be invited to comic cons to give sweaty handshakes the world over. She can also be seen as the entitled and bitchy Becca on FX’s “You’re the Worst”, and fighting dark forces alongside John C. McGinley as Evie Barrett on IFC’s “Stan Against Evil.” You can also check out Janet’s show “Fortune Rookie” for IFC, which she created, stars in, co-wrote and co-produced.