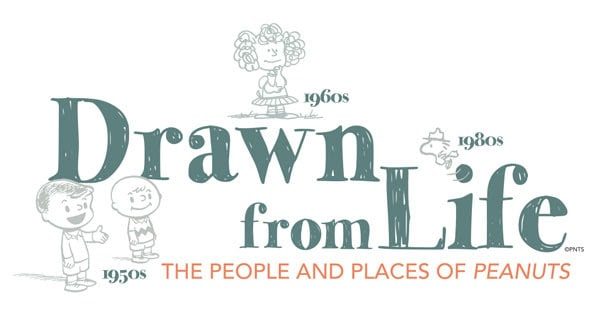 With a daily deadline to create comics for nearly 50 years, Charles M. Schulz toiled with finding new and fresh ideas to lend to his cast of characters, while also developing memorable personas for them. Drawn from Life: The People and Places of Peanuts, on view September 19, 2021, through March 13, 2022, at the Charles M. Schulz Museum and Research Center, examines the people and places in Schulz’s world that inspired the now well-known character names, traits, and gags in Peanuts.

“Everyone loves an origin story. Who is Charlie Brown named after? How did Snoopy get his name? Why does Snoopy’s brother live in Needles, California? Many beloved Peanuts characters were inspired by real people in Charles Schulz’s life,” said Museum Curator Benjamin Clark. “Visitors will have the opportunity to view never-before-seen archival material, newly acquired original art, as well as discover the stories behind the Peanuts characters in the Drawn from Life exhibition.”

Unlike many of his contemporaries, Schulz did not hire gag writers and fill-in artists as he navigated the comic panels of Peanuts. As a result, he drew from reality much of what he poured into Peanuts, sometimes recalling memories from many stages of his life. He also borrowed some of the names for his characters from people he knew. Drawn from Life showcases the intriguing backstories that shaped Peanuts.