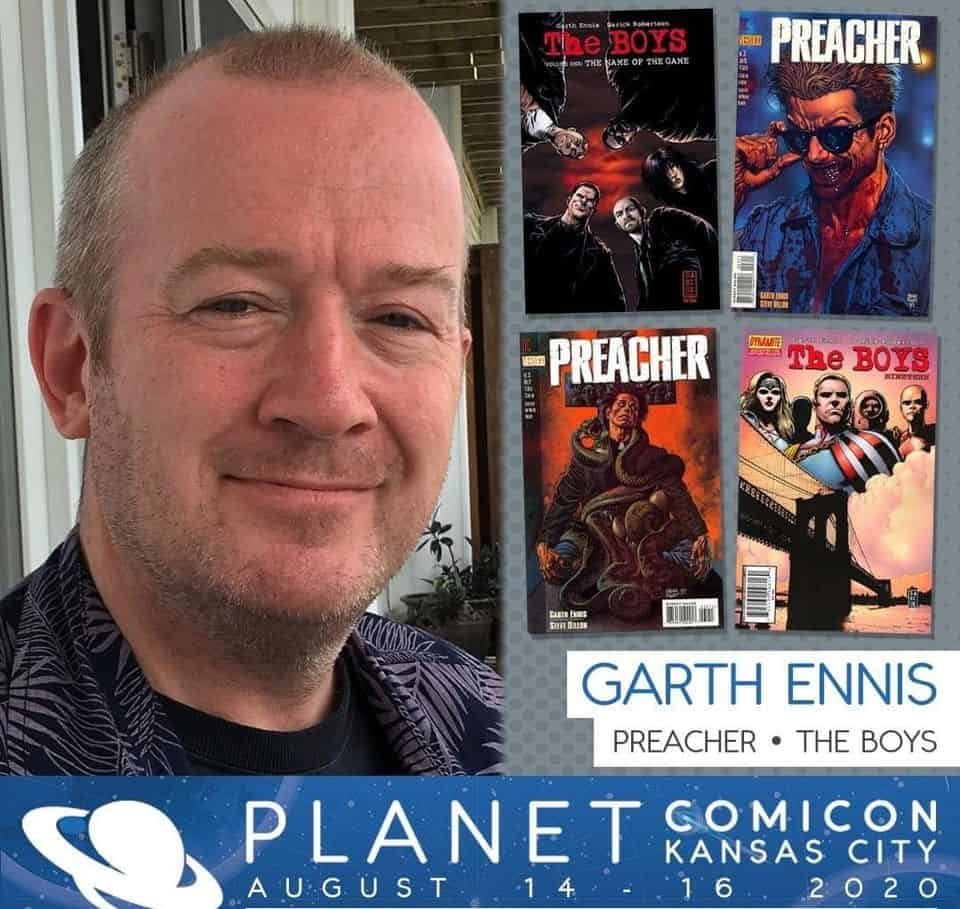 Planet Comicon Kansas City is pleased to announce Garth Ennis will be attending Planet Strikes Back and we are looking for you fans to submit some questions for us to ask Mr. Ennis! Please leave your suggested questions in the comments below not later than Monday August 10 at noon. We will select some of the submit questions for our interview! Mr. Ennis will be interviewed by Christopher Jackson and co-moderator William Binderup. The interview will be aired as a Facebook Watch Party on Friday August 14th at 9:00pm and Saturday August 15th at 2:00pm.

Planet Comicon Kansas City is excited to welcome comic creator, Garth Ennis. His credits include The Punisher (Garth Ennis’ THE PUNISHER Stories, The Boys (Garth Ennis’ THE BOYS stories), Hitman and more! Garth Ennis has been writing comic books since 1989. His credits include Preacher, The Boys (both adapted for TV), Hitman, Crossed, and successful runs on The Punisher and Fury for Marvel Comics. He is particularly known for his war comics, such as Battlefields, War Story, Sara and the recent revival of classic British character Johnny Red. Originally from Northern Ireland, Ennis now resides in New York City with his wife, Ruth.