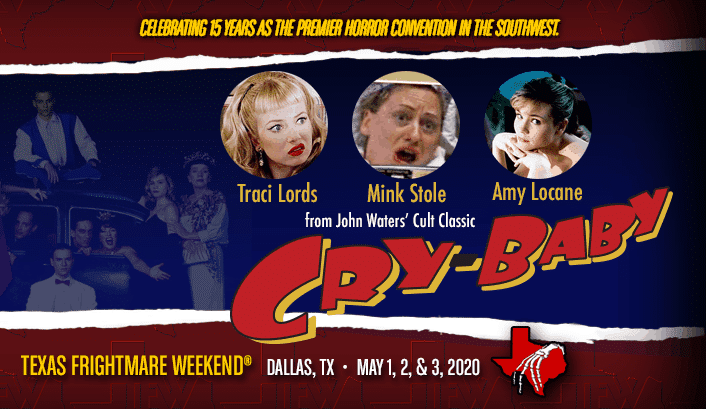 Amy Locane is best-known for her role as Allison in the hit cult classic, Cry-Baby (1990), a 90s musical comedy in which Amy played opposite Johnny Depp. Ms. Locane was then cast as a series regular in the series, Melrose Place (1992). Amy gained massive popularity in these roles and has a loyal fan base. With over 15 leading roles in films to her credit, she most recently worked on the Hallmark Channel. Traci made her mainstream screen debut at age 19 in Not of This Earth. Lords followed with the role of Wanda Woodward in John Waters’ teen comedy, Cry-Baby. Her other acting credits included the television series MacGyver and Married… with Children, Mink Stole began her career working for director John Waters, and has appeared in all of his feature films to date (a distinction shared only with Mary Vivian Pearce). Due to her extensive work with Waters, she is considered one of the Dreamlanders, Waters’ ensemble of regular cast and crew members.