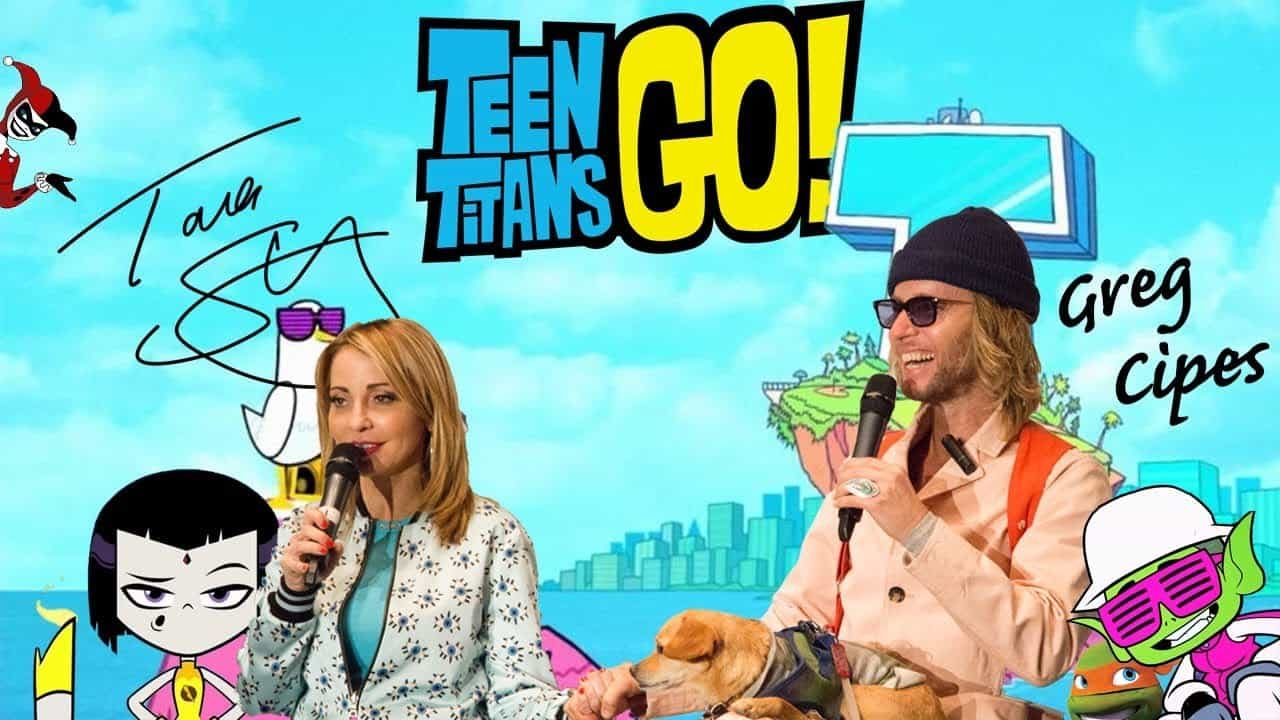 The Baltimore Comic-Con is proud to announce the addition of media guests Tara Strong and Greg Cipes to the 2019 event on October 18-20, 2019 at the Inner Harbor’s Baltimore Convention Center. Tickets to see Tara & Greg are now on sale.

Canadian born voice-over actress Tara Strong has lent her talent to roles in many live action, animated, and video game projects since her professional acting debut at the tender age of 13. Many of her major voice roles include animated series, such as Rugrats, The Powerpuff Girls, The Fairly OddParents, Teen Titans and the spin-off series Teen Titans Go!, and My Little Pony: Friendship Is Magic, as well as video games such as Mortal Kombat X, Final Fantasy X-2, and the Batman: Arkham series. Her portrayals have garnered nominations in the Annie Awards and Daytime Emmys, and an award from the Academy of Interactive Arts & Sciences.

Tara’s first professional role was Gracie in Limelight Theater’s production of The Music Man at age 13. Following additional theatrical roles, she starred in the short-lived CBC Television sitcom Mosquito Lake. She took improv classes at The Second City in Toronto and continued acting in both animated and live-action shows and films, before moving to Los Angeles in January 1994.

Following her move to Los Angeles, Strong made appearances in live action television shows such as Party of Five, 3rd Rock from the Sun, Touched by an Angel, and Sabrina the Teenage Witch. While her live action work brought her much notoriety, Strong began delving into the world of voice over acting, which resulted in helping bring to life many beloved characters.

Strong is the voice of numerous animated creations, including main roles in Fillmore! as Ingrid Third; The Fairly OddParents as Timmy Turner and Poof; Rugrats and All Grown Up! as Dil Pickles; The Powerpuff Girls as Bubbles; Ben 10 as Ben Tennyson, Upgrade, Blitzwolfer, and Buzzshock; Teen Titans and the second version of this show called Teen Titans Go! as Raven; Foster’s Home for Imaginary Friends as Terrence; the singing voice of Meg Griffin and additional voices on Family Guy; and My Little Pony: Friendship Is Magic as Twilight Sparkle.

In addition to film and television, Strong has also lent her voice to English-language localizations of Japanese anime such as Spirited Away and Princess Mononoke, as well as several video games, including her work as Elisa and Ursula in Metal Gear Solid: Portable Ops; Paz Ortega Andrade in Metal Gear Solid: Peace Walker; Rikku in Final Fantasy X, its sequel Final Fantasy X-2, and Kingdom Hearts II; Talwyn Apogee in Ratchet & Clank Future: Tools of Destruction and its sequel, Ratchet & Clank Future: Quest for Booty; Harley Quinn in Batman: Arkham City, replacing Arleen Sorkin from the franchise; and Juliet Starling, the main character of Lollipop Chainsaw.

An avid user of social media, Strong won the Shorty Award for “Best #Actress” in 2013 thanks to a strong showing by her fans. The Behind the Voice Actors website selected her for a BTVA Voice Acting Award for Voice Actress of the Year for 2013, and nominated her for the 2011 and 2012 year.

Recently, Tara Strong can be heard in in the films Animal Crackers, Injustice 2 as Harley Quinn, Charming, and the highly anticipated The My Little Pony Movie, reprising her role as Twilight Sparkle.

Over the past 17 years, he’s garnered a massive audience, has starred in blockbuster films and TV shows, put out multiple albums, has produced his own TV shows and movies, and has become one of the most recognized voice actors in the world. He currently is creating and producing his own television shows series.

Fans will recognize him as Beast Boy on Teen Titans GO!, Young Justice, DC Super Hero Girls, and Teen Titans; Michelangelo on Teenage Mutant Ninja Turtles, Dwight in Fast and Furious, Kevin Levin in Ben 10, and Iron Fist from Ultimate Spider-Man, among many other roles.

“Tara and Greg are in a LOT of stuff!” said Marc Nathan, show promoter for the Baltimore Comic-Con. “Tara is an amazingly versatile actress, and her resume reflects that, and Greg is the definitive Beast Boy. They both play major characters in a significant number of shows and movies, and we can’t wait to have them both to Baltimore!”

Born and raised in Florida, Greg Cipes began as performer starring in over 30 national television commercials, Broadway musicals, movies, and television shows. All this before the age of 15, he also self-produced his first album. At the same time, Greg managed to place third in the USA as a Jr. Pro. surfer. Greg then moved to Los Angeles at the age of 20 in order to pursue and grow his entertainment career.