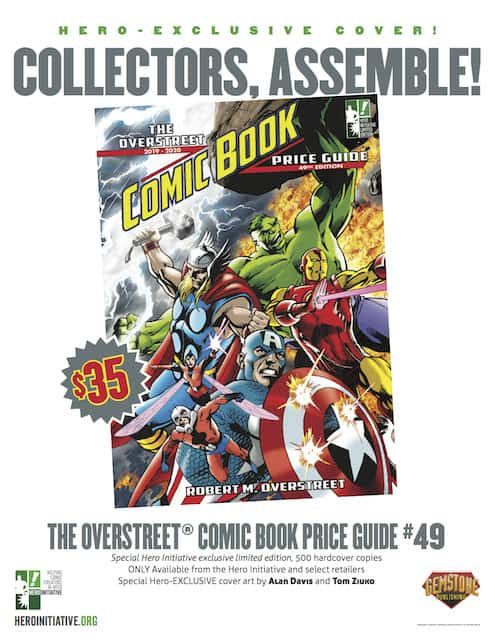 The Hero Initiative, the charity dedicated to helping comic book creators in medical or financial need, is traveling to Wizard World Chicago on August 22-25 at the Donald E. Stephens Convention Center in Rosemont, IL.

And Hero is the star of the show with FOUR guest artists at our booth!

Jeffrey Brown’s NEW Star Wars book, Rey and Pals, debuts the week of the con. Hero Initiative will have copies available for sale, AND this will be Brown’s FIRST signing appearance after the release of the book!

Hero’s yearly limited edition of The Overstreet Comic Book Price Guide #49 features a cover by Alan Davis and colorist Tom Ziuko and will be available at the Hero booth as well. This catch-all of crucial comics info is limited to 500 copies in hardcover only at $35, so make sure you grab one at out booth while supplies last!

And acclaimed writer Christopher Priest will be collecting donations for Hero Initiative as well when he signs autographs. Please visit him at his artist’s alley table!