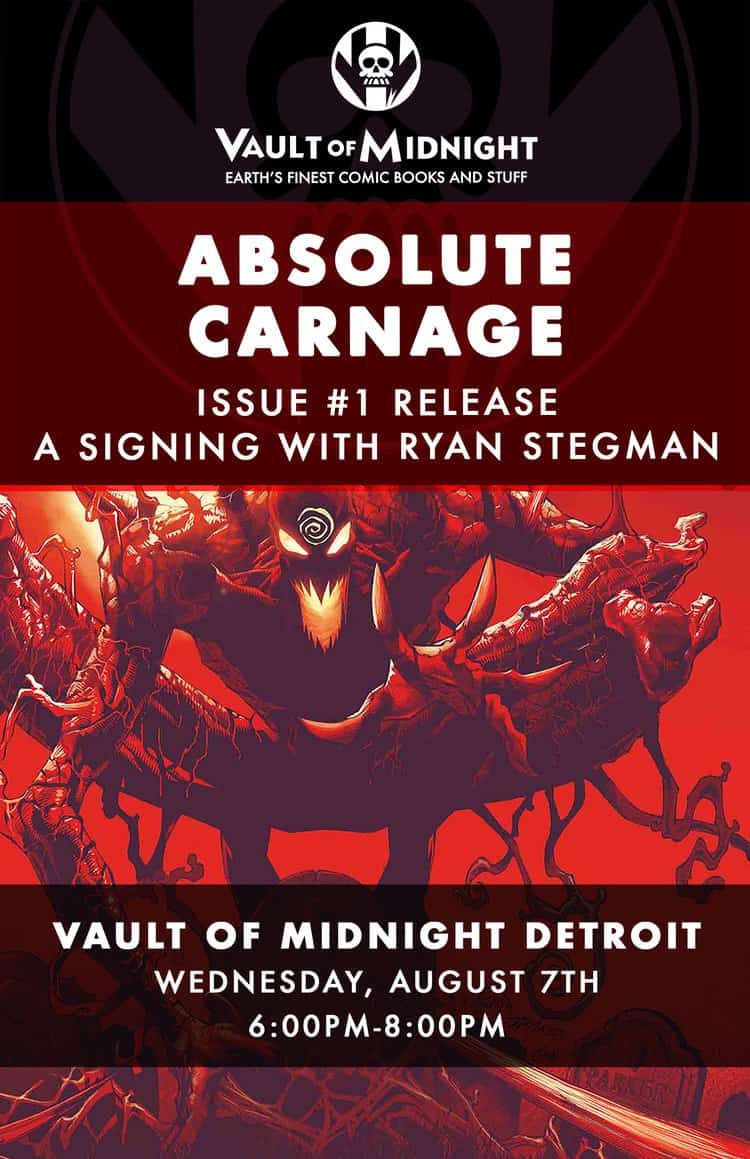 Artist Ryan Stegman appears at Vault of Midnight on Wednesday, August 7, 2019 at 6:00 PM to sign the first issue of ABSOLUTE CARNAGE from Marvel.

Vault of Midnight Detroit is excited to present the debut issue of an all-new VENOM and CARNAGE series, launching in August from Marvel: ABSOLUTE CARNAGE!

Written by Donny Cates (Marvel’s Venom, Silver Surfer Black, Cosmic Ghost Rider, and Thanos Wins and Image Comics’ God Country) and illustrated by Detroit-area artist Ryan Stegman (Marvel’s Amazing Spider-Man, Superior Spider-Man, and Venom), the series centers on a character who has skirted the periphery of the Marvel Universe for months. CARNAGE aka Cletus Kasady at last stands poised to make his grand return to New York in a blistering 60-PAGE story… and he wants to paint the town red!

This caps off a career year for local creator, Ryan Stegman, series artist on what is being called a milestone run in VENOM history. After turning Venom’s world upside down a year ago, Stegman and Cates are about to put the Sinister Symbiote through hell again. Only this time Carnage has come calling, and everyone who’s ever worn a symbiote is dead in his sights!

Come celebrate this exciting book launch for ABSOLUTE CARNAGE #1 by meeting Ryan Stegman for a very special release event at our Downtown Detroit location! We validate parking at the Z Parking Garage for up to two hours with any purchase.