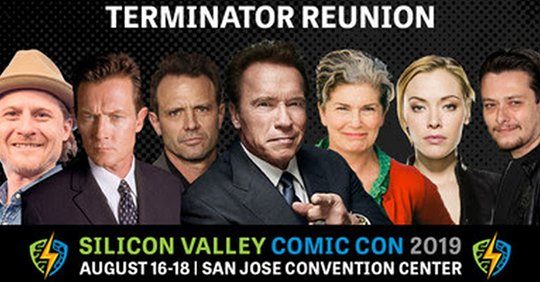 Yes, the Terminator Reunion doesn’t get any more real than this, as these four cast members join Arnold Schwarzenegger, Eddie Furlong, and Robert Patrick this August 16 – 18 in San Jose, California. Highlights include individual and group photo ops, as well as a once-in-a-lifetime reunion panel on Sunday August 18th at 3:30 PM on the Main Stage.

Don’t miss out on this incredible opportunity!