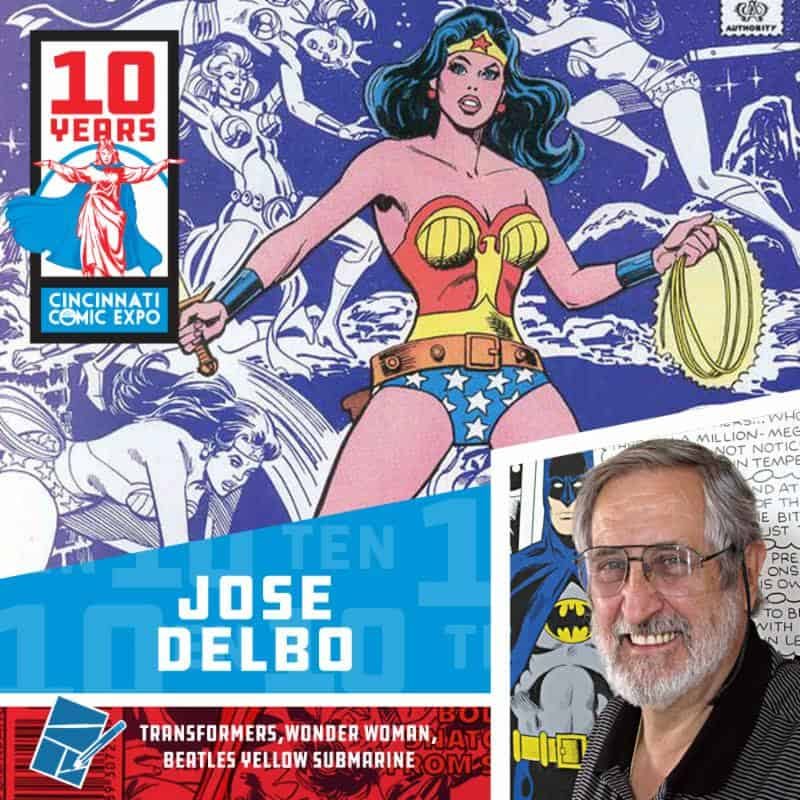 Artist Jose Delbo returns as a Featured Guest at the 2019 Cincinnati Comic Expo! Jose is known as the cartoonist responsible for illustrating the The Beatles Yellow Submarine with Gold Key Comics. Born in Argentina, Jose came to the U.S. and began work on classics like Billy the Kid, Judge Colt and the Lone Ranger. He also made comic versions of television programs, such as The Twilight Zone, The Brady Bunch, Hogan’s Heroes, Buck Rogers, The Monkees, and the Mod Squad. He worked for the likes of DC and Marvel Comics on numerous titles like Adventures of Superman, Batman, Raggedy Ann, Little Lulu, Barbie, Wonder Woman, Aquaman, Green Arrow, The Transformers and The Thundercats. He drew the first issues of Captain Planet and the Planeteers and Brute Force. He continued cartoon classics like Disney’s 101 Dalmatians, The Little Mermaid, and the Mighty Ducks. 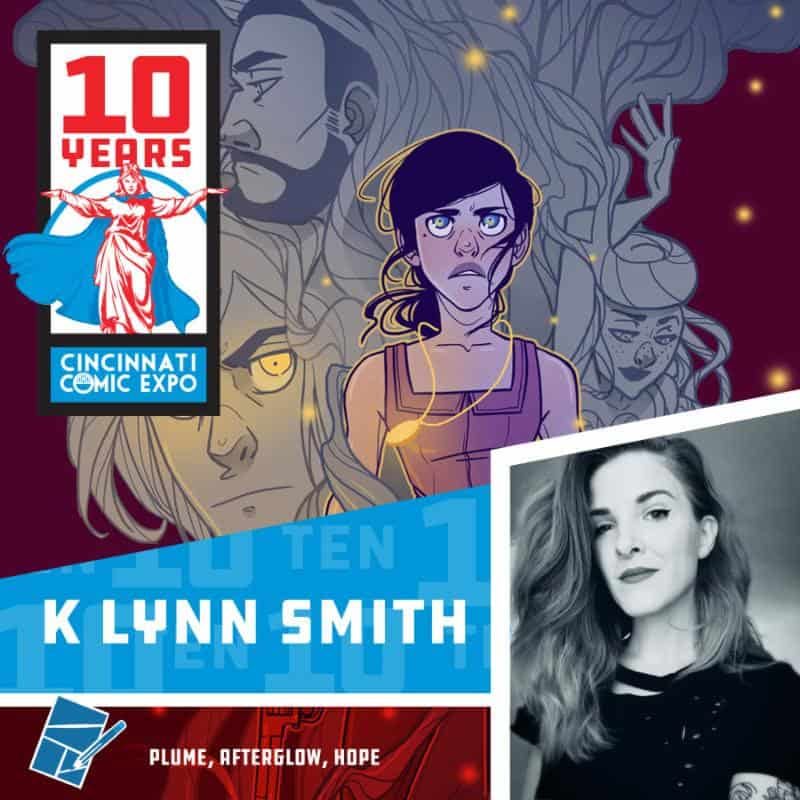 Writer and artist K Lynn Smith returns as a guest of the 2019 Cincinnati Comic Expo! K Lynn Smith is an artist and writer from the Mid-Michigan area. She found her start in the comic book world as a cartoonist for her university newspaper. Her artwork has won the Michigan Press Award, as well as the Helen Victoria Haynes World Peace Cartoon Contest. She is the artist and writer of the hit western comic Plume, published by Devil’s Due Entertainment, and has been involved with projects such as GARFIELD, the Strength in Numbers Studio’s video game TUEBOR, AFTERGLOW with Pat Shand, and the series HOPE co-created with Dirk Manning. ​ 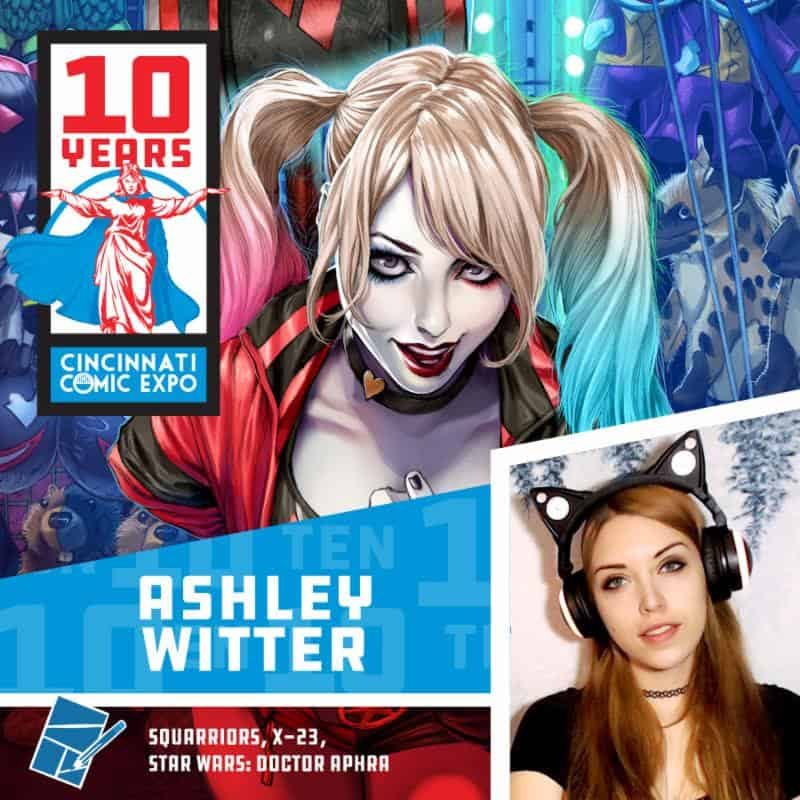 Artist and illustrator Ashley Witter is the newest guest joining us for the 2019 Cincinnati Comic Expo! Working with numerous publishers, Ashley is credited on various titles and comics. Her work can be seen in Raven Daughter of Darkness, Scorch, Squarriors, Star Wars Doctor Aphra, X-23, Bloodthirsty, and more, including several variant cover designs. Her work is also seen on games such as Android: Netrunner, Squarriors: The Card Game, and others. 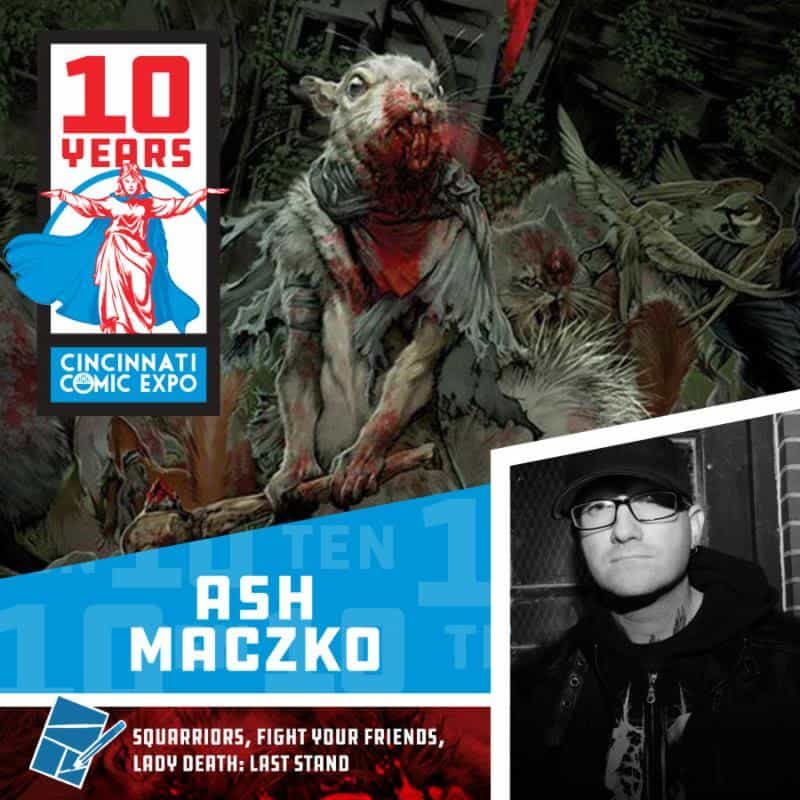 Writer and creator Ash Maczko will be attending the 2019 Cincinnati Comic Expo! Ash is the creator and writer for the Squarriors comic series as well as Cigarettes and Carrot Juice. As CEO and lead game developer for Cold War Games Inc, Ash has created numerous games such as Lady Death, Squarriors, Fight Your Friends, and more. 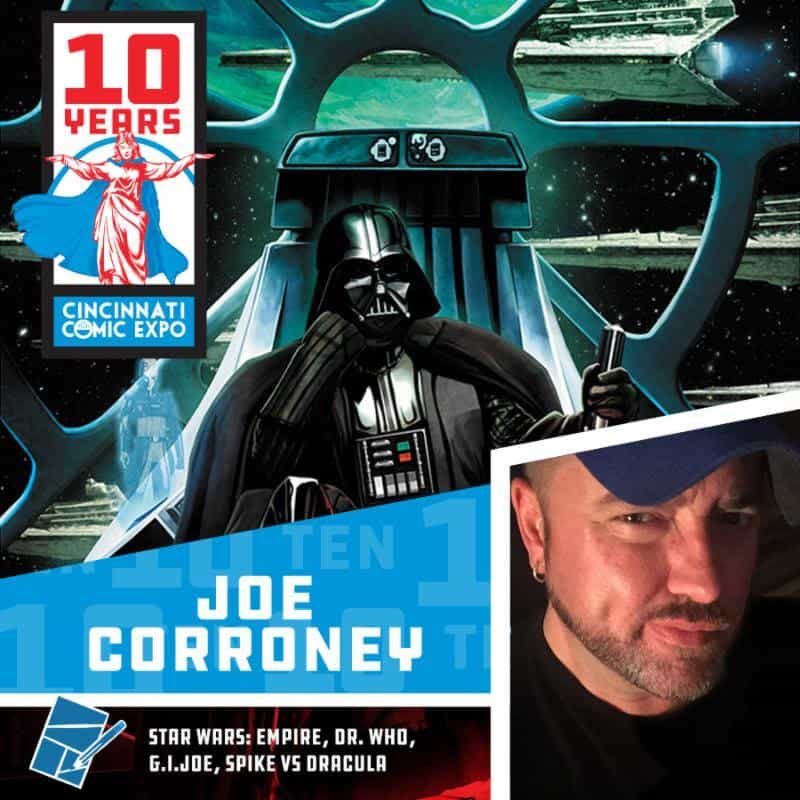 Artist Joe Corroney will be in the Duke Energy Convention Center as a guest of the 2019 Cincinnati Comic Expo! Joe is an illustrator for official Star Wars and Star Trek artwork for books, games, trading cards, comic books, fine art prints, posters and magazines and is currently creating new Star Wars artwork for Lucasfilm and Disney. Joe has also completed artwork for the “Stranger Things Artbook: Visions from the Upside Down” coming out this October from Netflix and Printed in Blood.