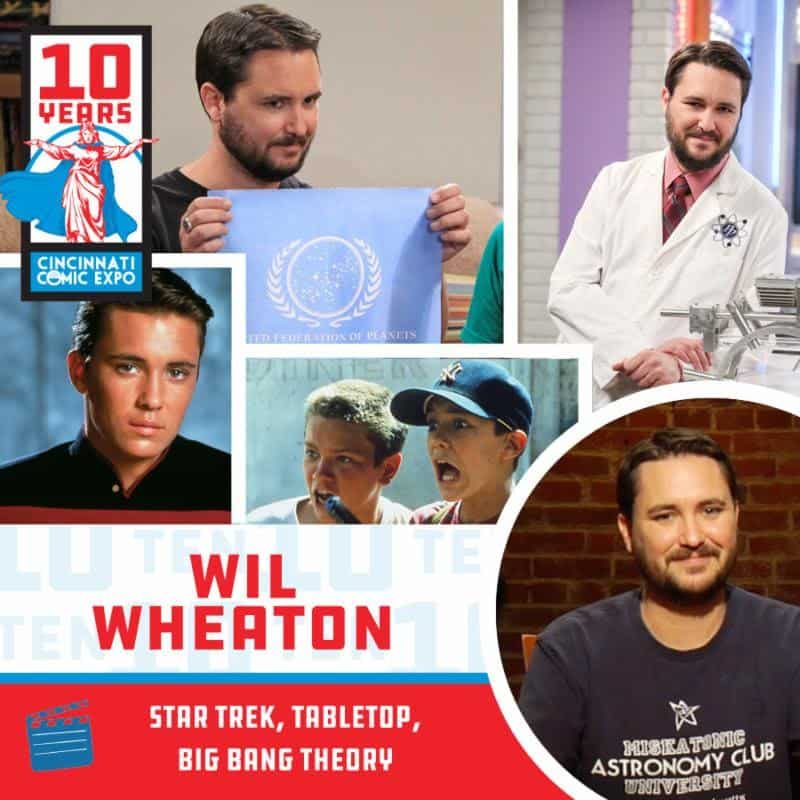 Wil Wheaton is coming to the Queen City for the 2019 Cincinnati Comic Expo! Acting since a child, Wil is recognized for numerous roles and characters through his career. In cinema, Wil’s credits include Stand by Me, Toy Soldiers, Flubber, Neverland, and more. On the small screen, Wil appeared in numerous shows such as Highway to Heaven, Family Ties, Numb3rs, Criminal Minds, The Wil Wheaton Project, Mystery Science Theatre 3000, and others. Wil is highly recognized for portrayal as Wesley Crusher in Star Trek: The Next Generation on both television and in the movie Star Trek Nemesis. He has portrayed himself as a recurring character on many episodes of The Big Bang Theory over several years. In animation, Wil had his first feature in The Secret of NIMH, followed by Teen Titans, Avatar: The Last Airbender, Legion of Superheroes, Ben 10, Family Guy, Robot Chicken, and much more! He also lent his voice to several video games including the Grand Theft Auto franchise, the Tom Clancy franchise, Fallout: Las Vegas, and others. In addition to his acting, Wil is known for his writing, podcasts, audiobooks, Dungeons & Dragons game play, and many more projects and passions. 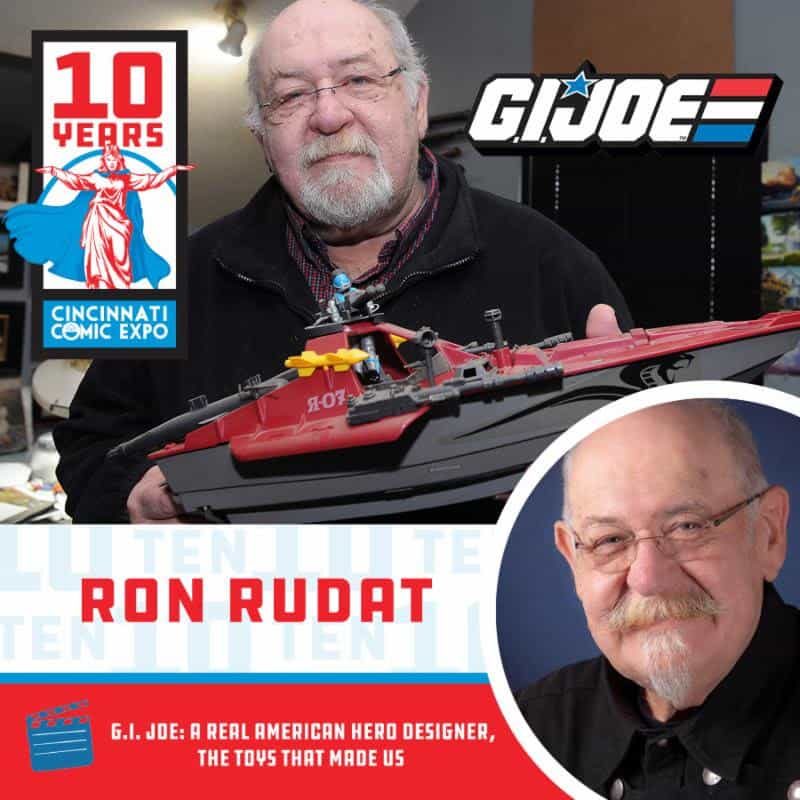 Illustrator and action figure designer Ron Rudat will be attending the 2019 Cincinnati Comic Expo! In 35 years with the Hasbro Toy Company, Rudat is best known for his work on the G.I. Joe toy line. His designs and artwork led to the relaunch of the G.I. Joe franchise and action figures in the 1980’s. Ron is the creator for the infamous Cobra insignia. In addition to his work on G.I. Joe, Ron also developed figures for WWF (now known as WWE), Air Raiders, and others. 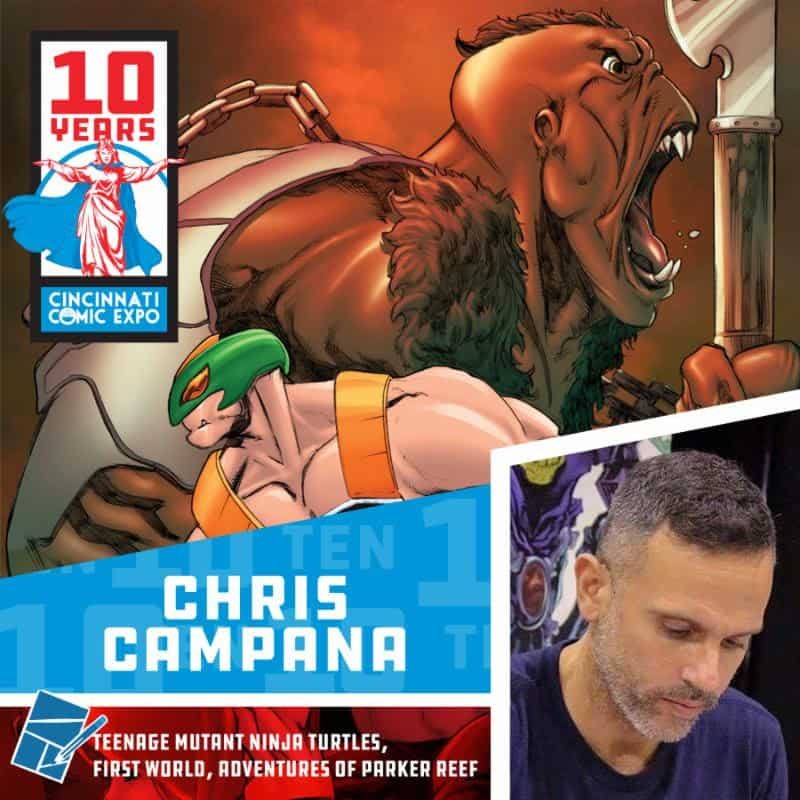 Writer and comic creator guest Chris Campana is coming to the 2019 Cincinnati Comic Expo! Chris is known for his cover art for TMNT. His other projects include work on the Tellos collection, writing and drawing the sword and sorcery indie comic-First World, Adventures of Parker Reef, along with exclusive comics for Altered Reality. He has also worked as a storyboard artist for such companies as BMW, a video game concept designer for Tres 3d. His first comic work dates back to 1998 with companies like Caliber Comics and 5th panel. Chris is also credited with a run on Kantara, a series of mini comics and action figure packaging for Realm of the Underworld, and a 2 issue run on Vigilante Project. 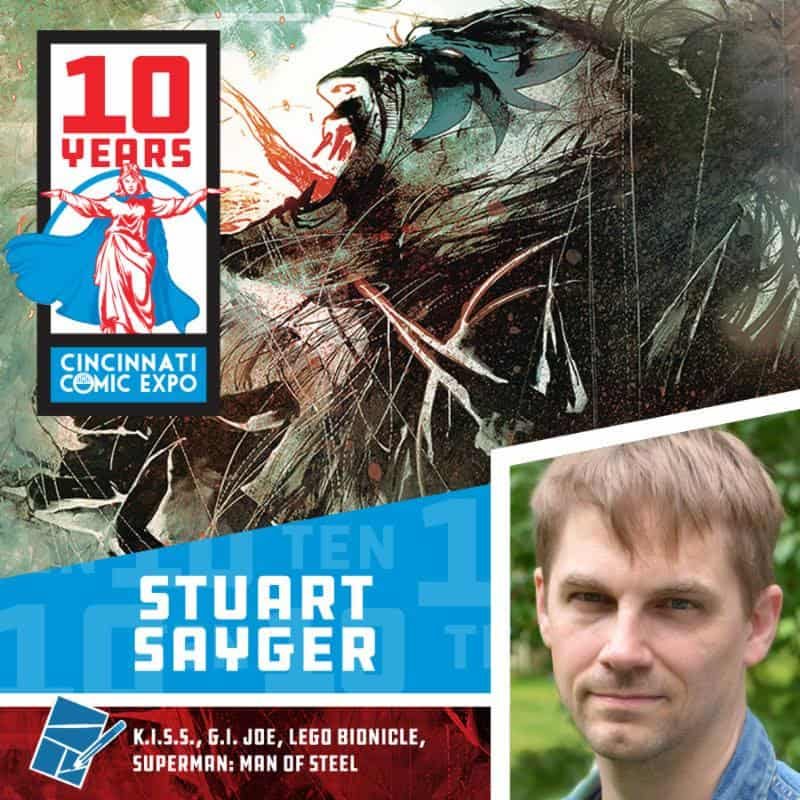 Artist Stuart Sayger will be in the Duke Energy Convention Center for the 2019 Cincinnati Comic Expo! Recently Sayger has produced covers for “G.I. Joe”, “Dejah Thoris”, “Jeepers Creepers”, “Vampirella” and is currently working on covers for “Kiss” (the Gene Simmons band) and “Bloodshot”. Past comic book projects include: “Walking Dead” ,”X-Files”, “30-Days of Night”, “Xena Warrior Princess”, “Lego Bionicle”, “Micronauts” and “Rom”. Sayger has also produced art for the “Man of Steel” Superman movie as well as many other Warner Bros. Batman/ Superman/ Wonder Woman projects! 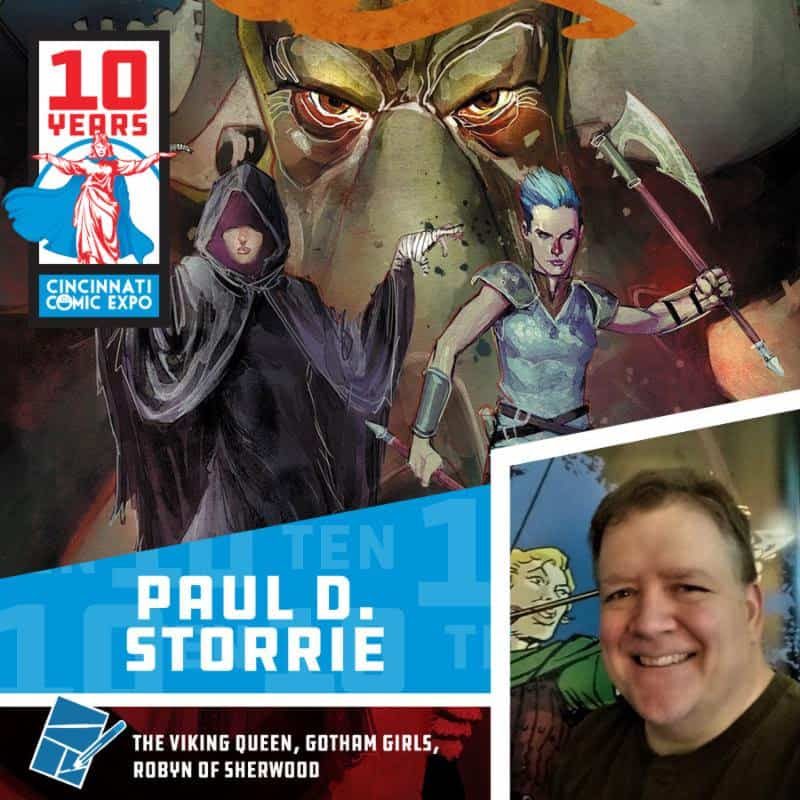 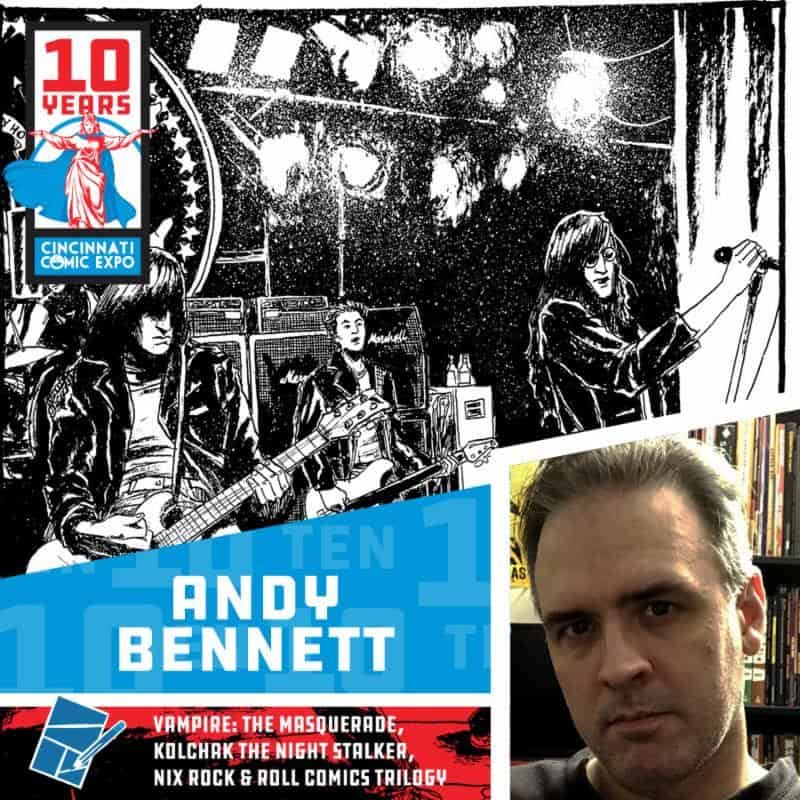 Artist and illustrator Andy Bennett is returning to the Queen City for the 2019 Cincinnati Comic Expo! Andy is the digital media designer at Highlights for Children in Columbus, as well as offering freelance design and illustration work for a wide range of clients. His known for numerous projects such as Vampire: The Masquerade, Kolchak the Night Stalker, Nix Rock & Roll Comics trilogy: “Do You Remember Rock ‘N Roll Record Stores”, “Jim Shepard: Negotiate Nothing” and “Jenny Mae ‘N Jerry Wick,” and others.