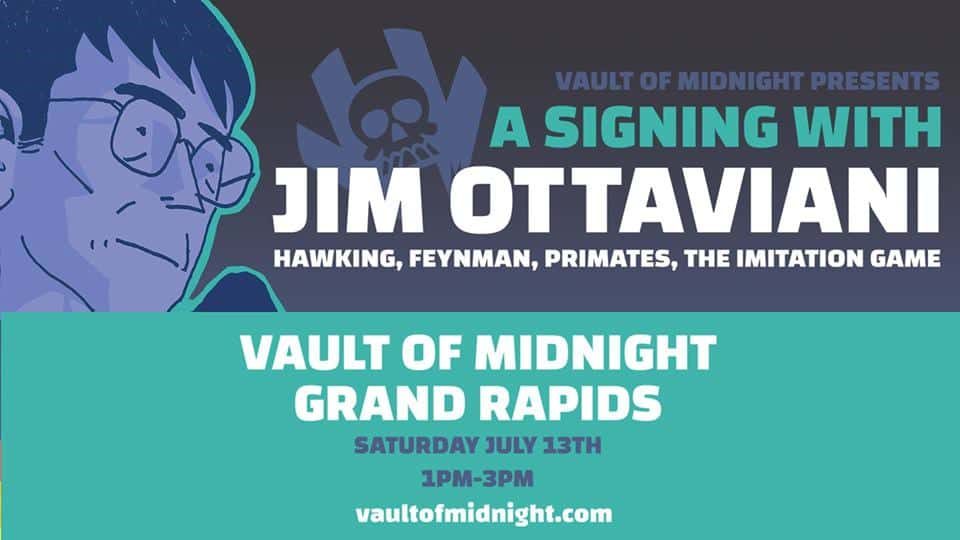 Vault of Midnight is excited to present a panel discussion and book signing with Jim Ottaviani (Primates, Feynman, The Imitation Game) on Saturday, July 13, 2019 to launch Hawking, his new graphic biography of Stephen Hawking, one of the most important scientists of our time. In Hawking, writer Jim Ottaviani and artist Leland Myrick have crafted an intricate portrait of the great thinker, the public figure, and the man behind both identities.

The panel will take place at the Grand Rapids Public Library Main Branch from 11:15 – noon as part of their Comic Geek Out event. The panel will be followed by a signing at Vault of Midnight Grand Rapids from 1-3pm. Come celebrate this exciting book launch for Hawking by meeting Jim Ottaviani, the world’s preeminent writer of comics and graphic novels about science.