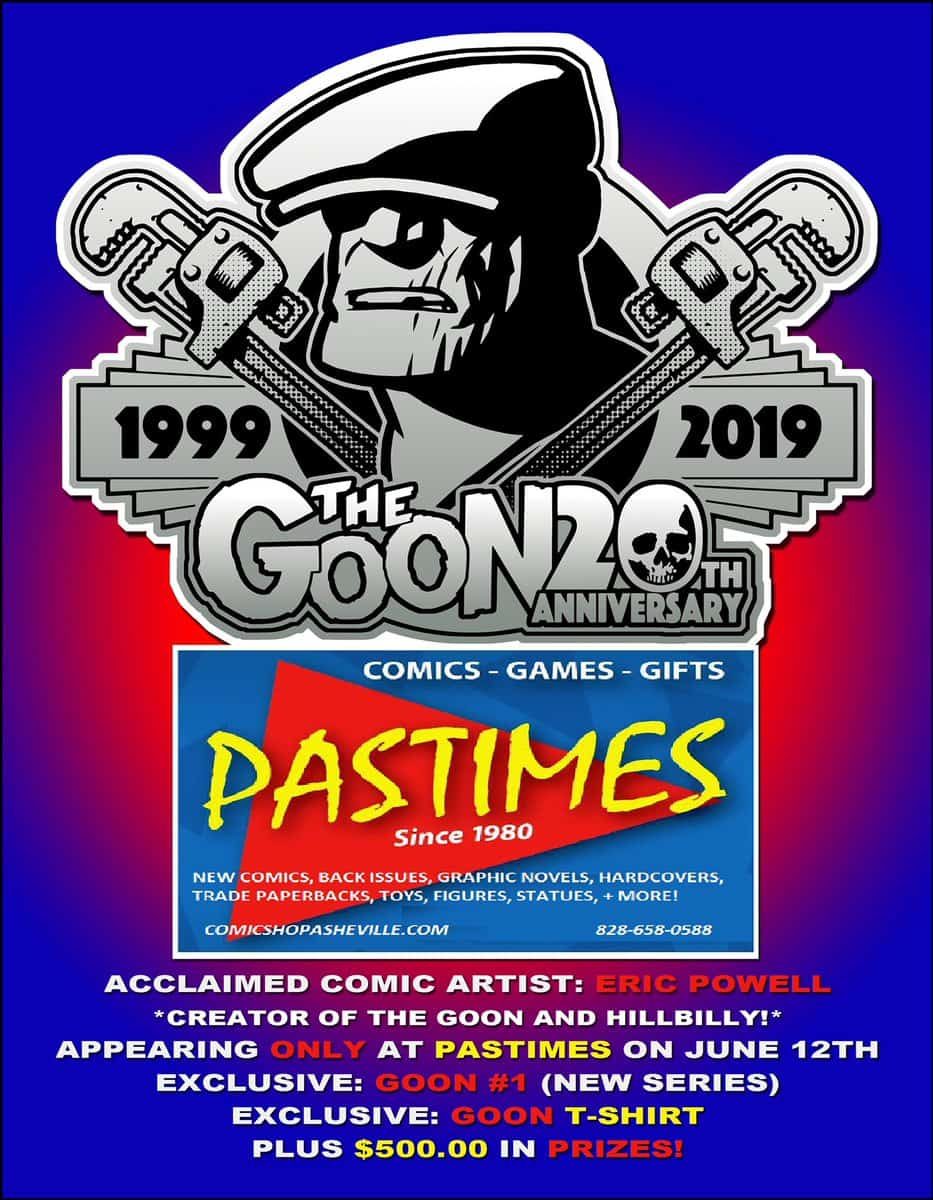 Eric Powell, creator of The Goon, appears at Pastimes Comics and Games on Wednesday, June 12th from 3 PM – 7 PM! We will have a tour exclusive variant of The Goon #1, Goon tour t-shirts and many more exclusive goodies!