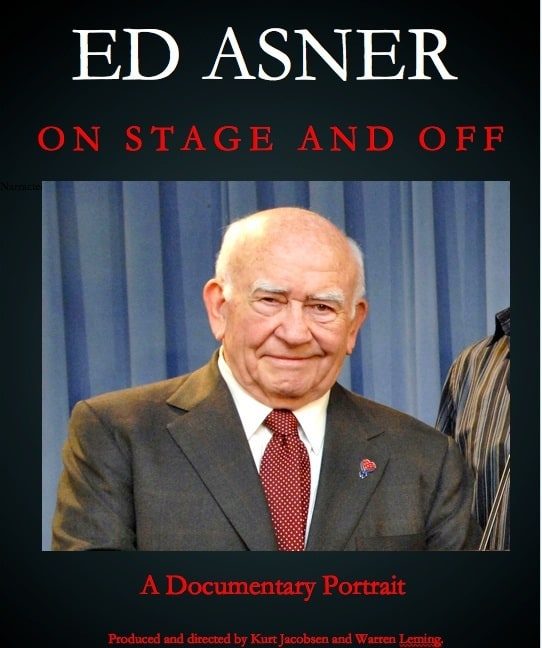 Actor Ed Asner (Up, Lou Grant, The Mary Tyler Moore Show, Roots) appears at the Regent Theatre on Tuesday, June 18th at 7:30 PM to host a screening of the documentary ED ASNER: ON SCREEN AND OFF. Get tickets here…

Edward Asner is widely acknowledged as the most honored performer in American television history (seven Emmy Awards, five Golden Globe Awards), an intrepid spokesman for progressive American ideals, and the bane of the right-wing noise machine that tends to be mainstream media in the USA today. Art and politics, despite routine denials up in the sky boxes, usually intersect. Bertolt Brecht (the German theatre practitioner) knew it and so too does Asner. This full-length documentary probes the ethnic Kansas City roots of Asner’s fascinating life, his early struggles, his inspirations and influences, his remarkable acting career, his brave political activism at personal cost and his unflagging energy to this day as a superb performer on screen and stage. Asner is frank, incisive and often puckish in reflections about himself as well as about friends, associates and enemies.

This 2-time former president of the Screen Actors Guild (1981-85) is as devoutly serious about the craft of acting as he is about sticking to ethical action in public life. Like his famous blunt and beloved screen counterpart Lou Grant, Asner’s personal creed in real life is to comfort the afflicted and afflict the comfortable while remaining the consummate professional. This feature documentary, based on extensive interviews at home and on the road, is an entertaining yet intimately informative portrait of one of the finest American actors of his (or any other) generation.  Interviewees include actor Michael Shannon, director Oliver Stone, actor Mike Farrell, theater legend David Shepherd, historian Paul Buhle, theater historian and radio host Janet Coleman, and London film critic Derek Malcolm.