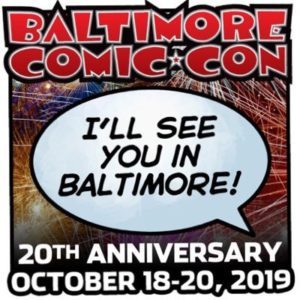 Marty Baumann is an illustrator, graphic artist, and production designer. He has contributed to some of the most popular, Oscar-winning animated films of all time. Marty has worked as an artist at Walt Disney Pictures and Pixar Animation Studios as an illustrator, graphic artist, and production designer on such films as Toy Story 3, Big Hero 6, Zootopia, Cars 2, Planes, Ralph Breaks The Internet, and many others. He also helped develop theme park installations, toy packaging, and Pixar corporate branding. Marty has rendered illustrations and developed characters for toy manufacturers, magazines, and newspapers, and illustrated children’s books, created logos, info-graphics, broadcast promotions, and presentation art for Hasbro, Universal Studios, National Geographic, Scholastic Books, Nickelodeon, and many others. Recent projects include his role as concept artist for the new Mystery Science Theater 3000 and the visual development of Sir Paul McCartney’s feature film, High in the Clouds.

Long-time friend of the show, Harvey and Eisner Award nominee, and guest since our inception in 2000 (!), artist and writer Steve Conley has contributed to numerous comic titles, both printed and on-line. His Astounding Space Thrills was self-published, published by Image Comics, and collected as a trade paperback by IDW. He has been featured in titles such as JLA-Z from DC Comics, Star Trek: Year Four from IDW, and Michael Chabon’s Amazing Adventures of the Escapist from Dark Horse Comics. His self-published Bloop is available through his online store in print or soft copy editions, and you can find his Ringo and Eisner Award-nominated webcomic The Middle Age on his website, tapas.io, Line Webtoon, and GoComics, and hard copies and digital collections can be purchased from his online store.

Justin Jordan broke into comics with the Image series The Strange Talent of Luther Strode. Since no one threw him back out after said break in, he has gone on to work on for nearly every major comics publisher. He’s writer on The Family Trade, Death of Love, and Spread at Image Comics, and is currently writing Reaver for Skybound and Urban Animal at Webtoons, along with numerous other things he can’t actually talk about yet. But they’re awesome. He is owned by a cat named Miss Thomas Waits.

Rafer Roberts first made a name for himself with his self-published, underground title Plastic Farm, published since 2001. More recently, he has found increasing mainstream exposure, with stories in the Dark Horse anthology, the Harvey-nominated Once Upon a Time Machine, the New York Times best-selling FUBAR anthology from FUBAR Press, and back-up stories in Valiant’s X-O Manowar, Harbinger, Archer & Armstrong, and Unity. His work has see print in IDW’s Imaginary Drugs and Locust Moon’s Little Nemo: Dream Another Dream anthologies. He is currently writing Grumble for Albatross Funny Books, and penned the same publisher’s Free Comic Book Day issue, Grumble vs. The Goon.

Founder of Crusade Fine Arts, Billy Tucci is most widely known for his creator-owned, Eisner Award-nominated work on his modern-day samurai fable, Shi. Both a writer and an artist, he has worked for nearly every major publisher including Marvel, DC, Dark Horse, and IDW. More recently, Tucci has provided the cover and interior art for DC’s Birds of Prey, Harley’s Little Black Book, Sgt. Rock: The Lost Battalion, written Appalachian Apocalypse! for Cave Pictures Publishing, and did covers for Dynamite Entertainment’s Vampirella: Roses for the Dead, DC Comics’ Archie Meets Batman ’66, and Zenescope Entertainment’s Grimm Fairy Tales Presents… titles. 2019 celebrates Shi’s 25th Anniversary with the release of the Shi – Return of the Warrior” and Shi – Hotaru graphic novels accompanied by new Shi action figures, statues, and reprints. Billy’s also bringing about the return of Golden Age Icon Miss Fury for Dynamite Entertainment and the new creator-owned Zombie-Sama!, as well as Wonder Woman for DC Comics.

“These are all great guys,” said Marc Nathan, show promoter for the Baltimore Comic-Con. “They have collectively contributed fantastic characters and stories to comicdom, and continue to really make waves in their respected segments of the industry. It’s always exciting to have them back to the show, and their fans, old and new, will agree!”