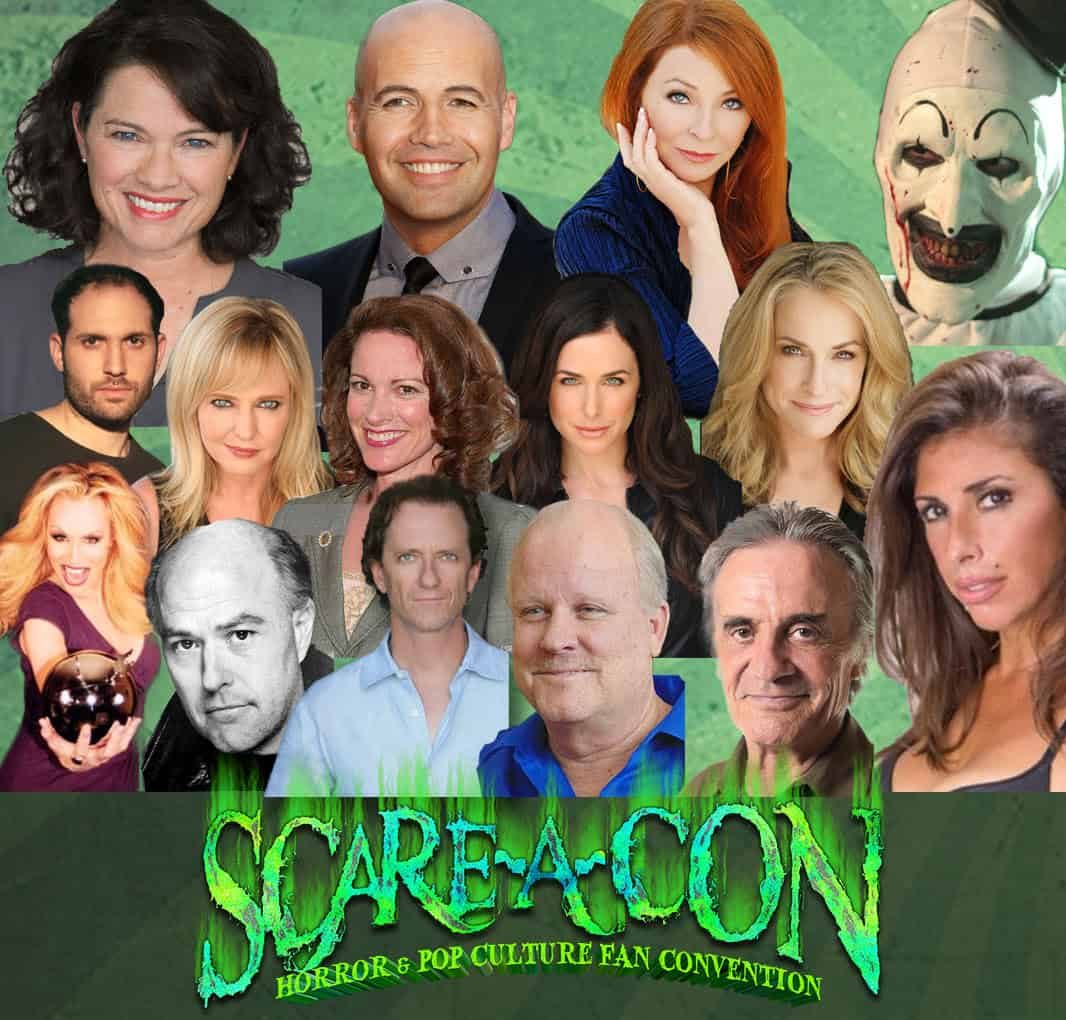 SCARE-A-CON New England has added guests Catherine Corcoran (Terrifier) and Jason Lively (European Vacation, Night of the Creeps) to their show on June 7 – 9, 2019.

They join the current guests including:

There is so much going on, and online admission discounts end soon – GET THEM HERE.

SCARE-A-CON New England is the ultimate party for horror & pop culture fans. With an intimate setting, and an emphasis on the social aspect of Cons, SCARE-A-CON offers a unique experience for fans of all levels.

For tickets and further information please go to the website: www.scareacon.com