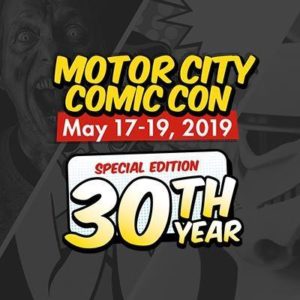 Miriam Kruger, Executive Director of Motor City Comic Con says, “I am thrilled to launch the streamcast because it has been a goal of mine for a few years. Debuting a streamcast partnership and giving our world-wide fans a chance to see how fun and diverse our con is sounded like the perfect fit, especially in this monumental year.”

“Here at NRM, we are beyond ecstatic to be partnering with our hometown convention. We’re yearly attendees ourselves and truly feel that Motor City Comic Con deserves to be recognized on the same level as the national comic conventions,” says, Ian Bensman, CEO of NRM. “Our hope, is that by ringing in Motor City Comic Con’s 30th anniversary with its first ever live streaming stage, that people all over will be able to see the incredible things we and all the other attendees see and experience year in and year out.”

A new streaming platform created in Metro Detroit,  NRMstreamcast.com has a veritable array of content in genres ranging from Business to Arts & Entertainment. In the case of NRM’s GeektainmentTV, the team believes there isn’t a more perfect place to launch the app than Motor City Comic Con. “The team at Geektainment.tv is no stranger to fandom and convention lifestyle. We geek out daily on all things Marvel, DC, Pop culture, TV, and Film. Everyone here works hard to keep their finger on the pulse and that’s why it seemed like the perfect time for NRM to launch GeektainmentTV for Motor City Comic Con’s big 30th extravaganza.” says Andy Bisaha President of NRM 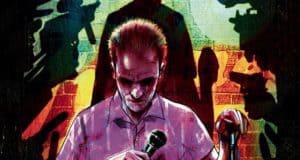