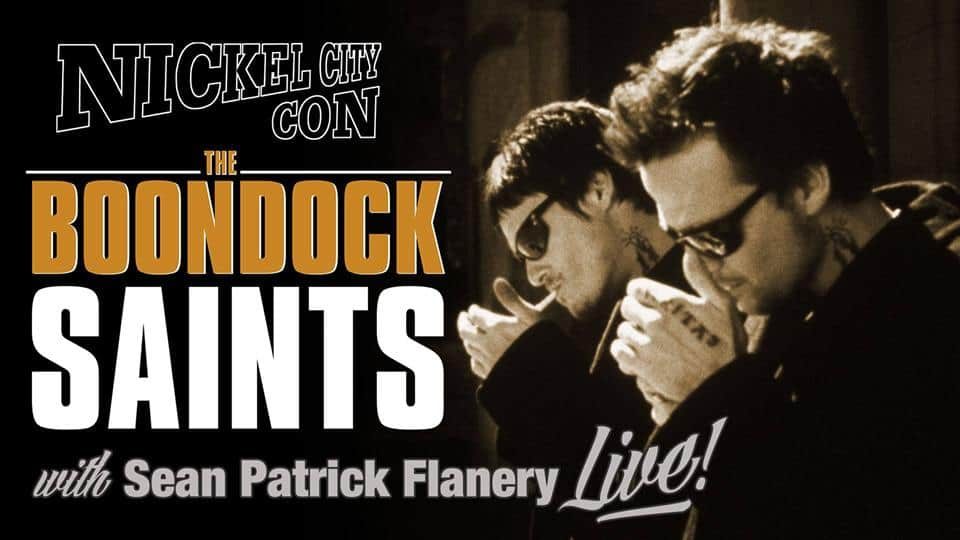 Sean Patrick Flanery appears at the North Park Theatre on Friday, May 17, 2019 at 8:30 PM to host a post-screening Q&A of the movie THE BOONDOCK SAINTS. Get tickets here…

Presented by Nickel City Con.  Exclusive posters at the stand.

He is also known for his role as Sam Gibson on the CBS soap opera The Young and the Restless in 2011. In 2016, he released his first novel, Jane Two, a coming-of-age story drawing inspiration from his own childhood and early experiences.

About THE BOONDOCK SAINTS:

Hot on the trail of the assailants behind the brutal murder of Russian thugs, FBI agent Paul Smecker (Willem Dafoe) is surprised to discover the killers are Irish twin brothers (Sean Patrick Flanery and Norman Reedus) who believe they’ve been chosen to rid the world of evil.