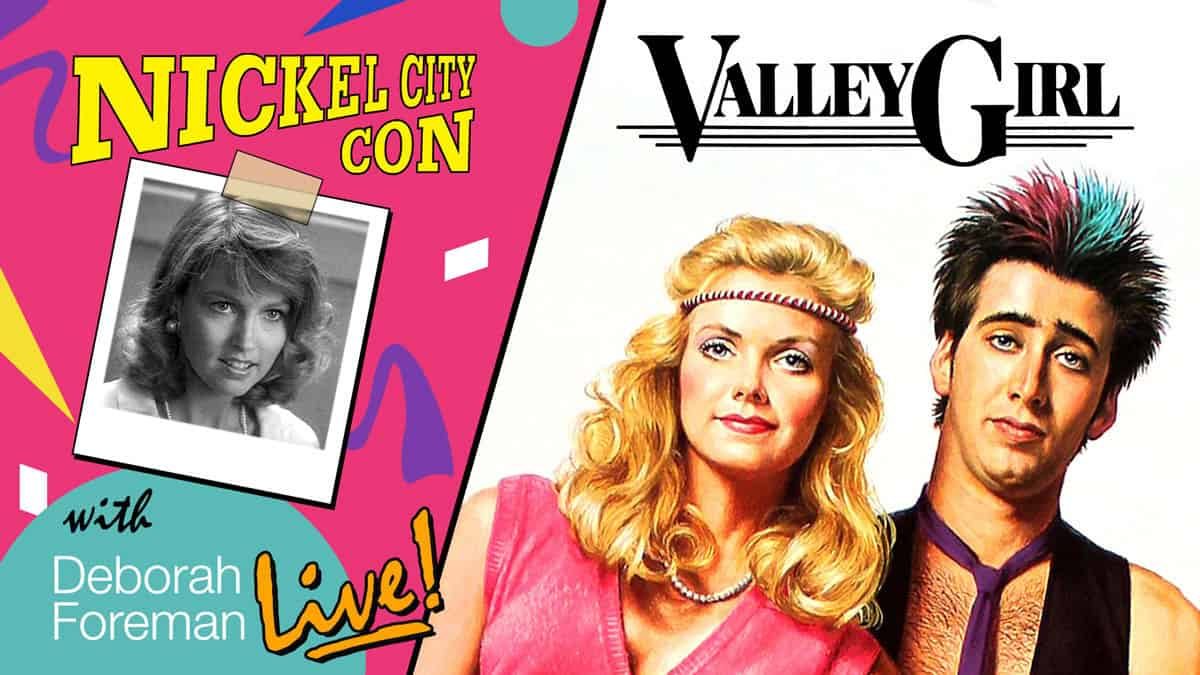 Deborah Foreman appears at the North Park Theatre on Thursday, May 16, 2019 at 7 PM to host a post-screening Q&A of the movie VALLEY GIRL. Get tickets here…

Presented by Nickel City Con.  Exclusive posters at the stand.

OMG we are like totally psyched to have original Valley Girl & Scream Queen Deborah Foreman will be at Nickel City Con & Horror Fest! Deborah is best known for her starring roles in the critically acclaimed Valley Girl, the award-winning My Chauffeur, & 1985’s Real Genius.

Her horror credits include the lead (actually the two leads!) in April Fool’s Day, Waxwork & Destroyer. She is a hard-working actress, equally at home with comedy and drama, who has earned the respect of colleagues and press alike. She has also been a successful model for Maybelline.
_________________________________

Julie, a girl from the valley, meets Randy, a punk from the city. They are from different worlds and find love. Somehow they need to stay together in spite of her trendy, shallow friends.