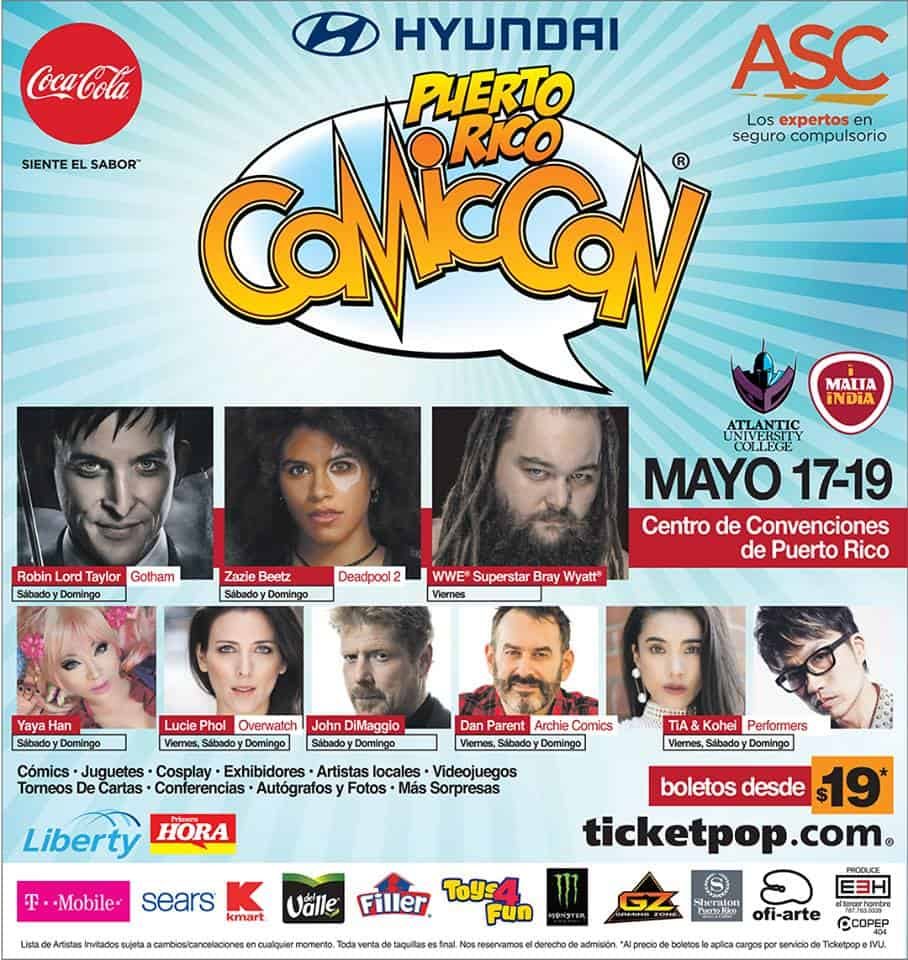 Sunny and beautiful San Juan, Puerto Rico, jewel of the Caribbean will once again host the Puerto Rico Comic Con on May 17-19, 2019. Two years after the devastation cause by the passing of Hurricane Maria, the event’s continued success thanks to ravenous fan support is a testament to the resilience of the people of Puerto Rico. Not even a major natural disaster could put out our passion for pop culture.

Since 2002, Puerto Rico Comic Con (PRCC) has stood out as the largest and most important entertainment/pop culture event in the region. Each year tens of thousands of fans of all ages show up in their favorite cosplay to enjoy the best of the entertainment world, including comics, film, TV, video games, anime, fantasy games, collectibles, memorabilia, independent art, and more. And they come from far and wide, with many descending on the island from the U.S. and Latin America.