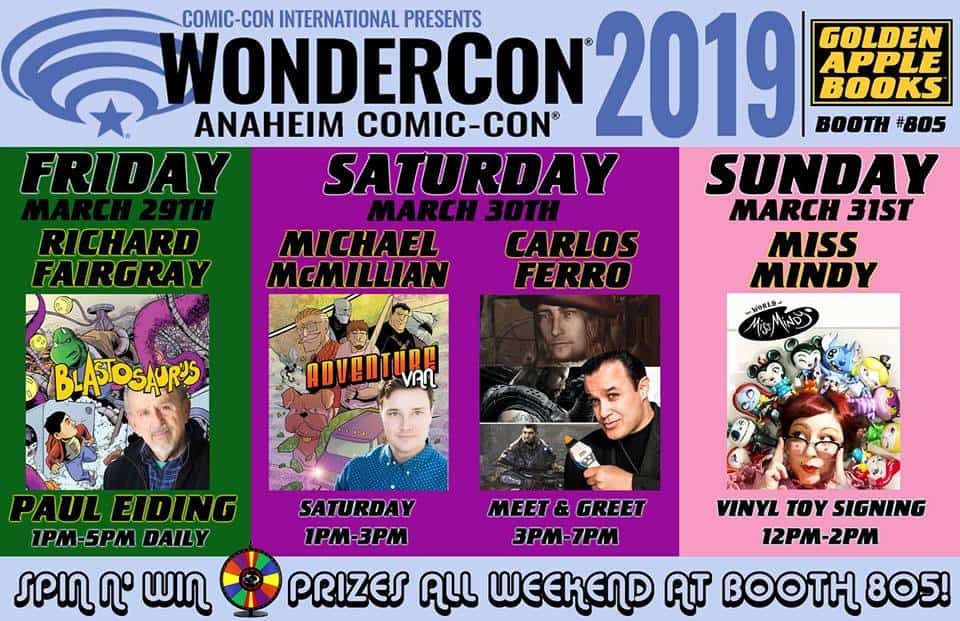 Paul Eiding: All Weekend signing copies of Blastosaurus comics and all-new Trade Paper Back collection for FREE. Paul will also have some headshots for sale and will sign Transformers and Metal Gear Solid merchandise and photos but may be a charge.

Carlos Ferro: Saturday 4-7pm only. He will be selling headshots and merchandise from his voice over career including Gears of War (Dom), Assassin’s Creed (DaVinci), Godfather (Michael Corleone), etc. Photos and/or autographs subject to prevailing rates.

Miss Mindy: Sunday 12pm-2pm only. She will be signing her new Disney designer vinyl toys by Enesco for FREE. Also, get a FREE Miss Mindy designed ornament with purchase of any Enesco Disney vinyl character figure while supplies last!