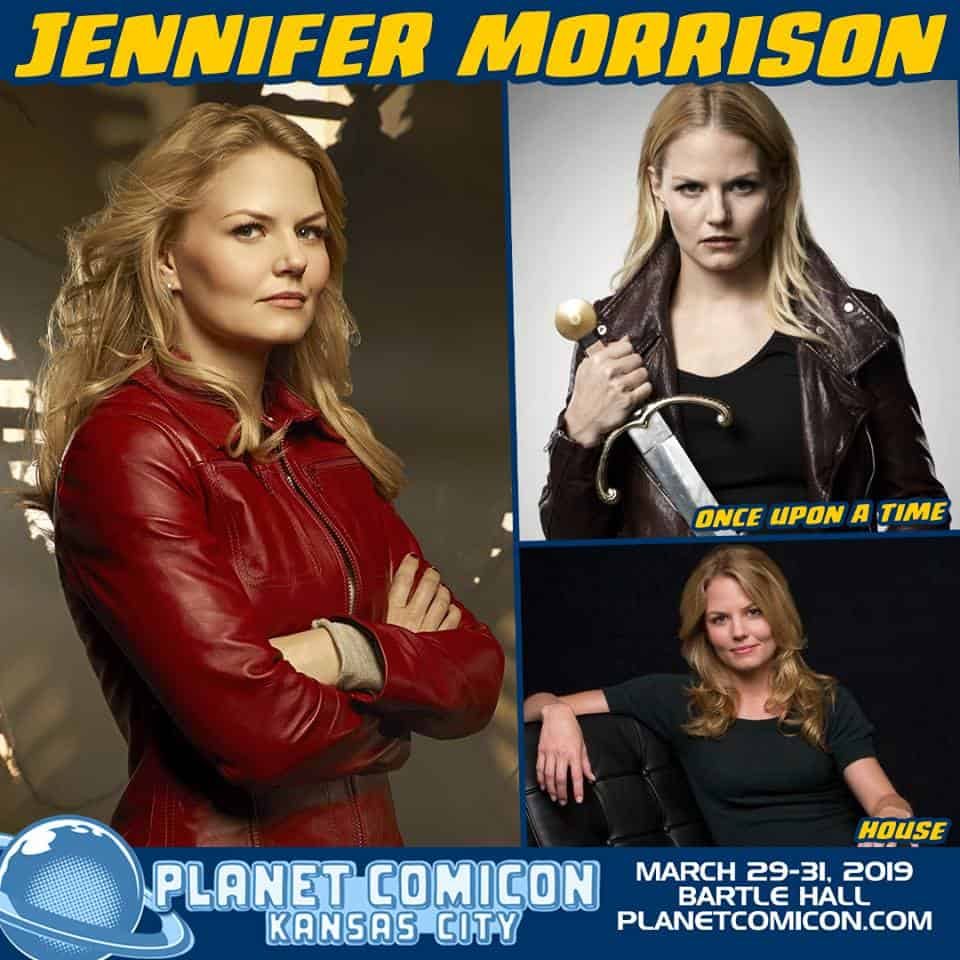 Planet Comicon Kansas City is excited to welcome Jennifer Morrison to our 20th anniversary event. Jennifer is most known for her role as Emma Swan on ABC’s Once Upon a Time. She will be attending Saturday March 30th and Sunday March 31st only!

Jennifer Marie Morrison was born in Chicago, Illinois, the oldest child of teachers David and Judy Morrison. She was raised in Arlington Heights, IL, with a younger sister and brother. She attended the same school her parents taught at, Prospect High School. As a child, she did some work as a model. After graduating from high school, she attended Loyola University in Chicago, where she studied Theater and English. She then moved on to study at the Steppenwolf Theater Company, before relocating to Los Angeles, California to pursue her acting career.

Morrison’s movie debut came in 1994, playing the daughter of Richard Gere and Sharon Stone in Intersection (1994). Success followed with various film and television roles, including the lead in Urban Legends: Final Cut (2000). She came to wide scale public attention in 2004 for her role as Dr. Allison Cameron in the television series House (2004). Since leaving House M.D., her career has continued to progress with roles in Star Trek (2009), How I Met Your Mother (2005) and Warrior, and of course her portrayal as Emma Swan on ABC’s Once Upon A Time from 2011-2018.

SPECIAL RATES: We’re offering a very special discount offer to all teachers, librarians, active duty military and first responders (fire, police, EMTs): 10% OFF ALL PLANET COMICON PASSES AND MEMBERSHIPS! For additional info, visit our online ticket page and click on “Discounted Membership” beneath “Event Information” on the left side of the page.