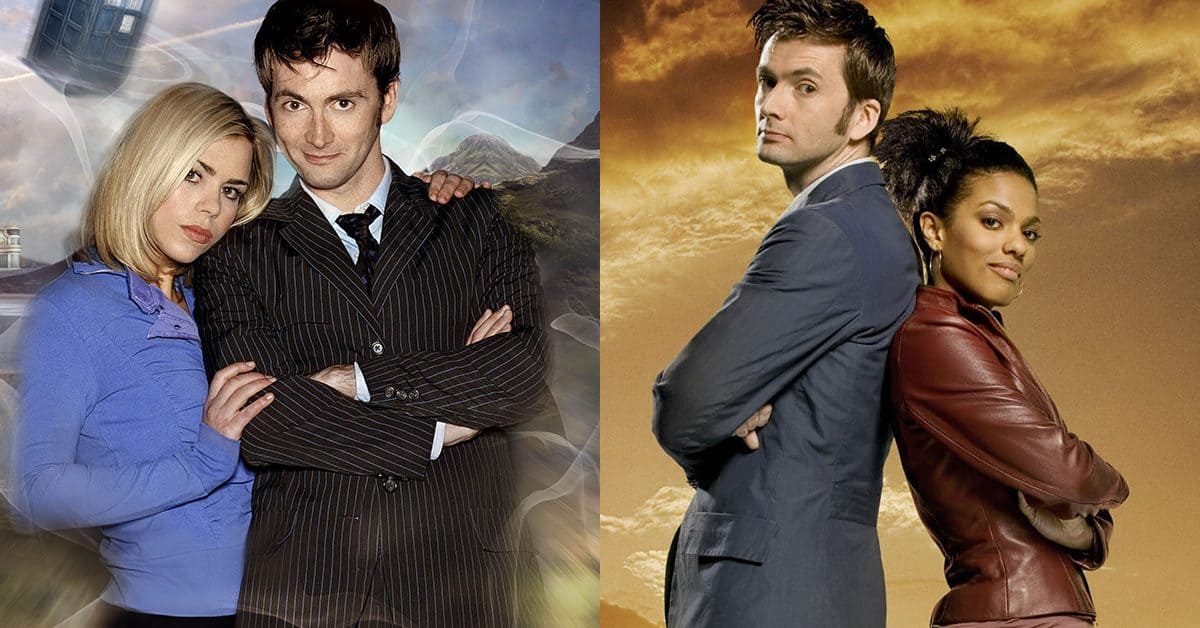 Motor City Comic Con, Michigan’s longest and largest comic and pop-culture event, is pleased to announce “Doctor Who” stars David Tennant, Billie Piper, and Freema Agyeman will attend this year’s convention on Sunday, May 19th at the Suburban Collection Showplace. Motor City Comic Con will be the first time Tennant, Piper and Agyeman will appear at a signing convention together. The “Doctor Who” stars will be hosting a panel Q&A and will be available for autographs and professional photo ops. To purchase tickets and for more information about autographs and photo ops, please go to – www.motorcitycomiccon.com

One of Scotland’s greatest actors, David Tennant has won almost universal acclaim from audiences, critics and fellow professionals for his award-winning performances on stage and screen. He is best known for his role as the 10th Doctor in BBC’s “Doctor Who” TV Series, the longest-running science fiction TV series in the United Kingdom. He is also known for playing Barty Crouch Jr in the motion picture adaptation of “Harry Potter and the Goblet of Fire”, and The Purple Man/Killgrave in the “Jessica Jones” Netflix series based off of the Marvel comics by the same name. Coming Soon to Amazon, he will be starring in the adaptation of the Neil Gaiman and Terry Pratchett novel, “Good Omens”.

Billie Paul Piper is an English actress, dancer, and former singer, from Swindon, Wiltshire. She made her debut in Scratchy & Co. (1995–1998), and at the age of 15, she signed a recording contract and released her debut single “Because We Want To”, which entered at the top of the UK Singles Chart and made her the youngest artist ever to enter at number one on the chart.
Piper’s transition into acting began in 2003. She played Rose Tyler, companion to “The Doctor” from 2005 to 2006, in the BBC sci-fi series “Doctor Who”, reprising the role in 2008, 2010, and 2013. From 2007 until 2011, she starred as the high-flying escort Belle de Jour in the television series “Secret Diary of a Call Girl”. She also starred as Brona Croft/Lily in the Showtime series
“Penny Dreadful”.

Freema Agyeman is an English actress who is known for playing Martha Jones in the BBC science fiction series “Doctor Who” and its spin-off series “Torchwood”, and Amanita Caplan in the Netflix science fiction drama “Sense8”. Following her departure from “Doctor Who” and a role in the BBC series Little Dorrit, Agyeman held a starring role as Alesha Phillips in the crime procedural drama “Law & Order: UK” between 2009 and 2012. In 2013, she made her US television debut on The CW’s teen drama “The Carrie Diaries” as Larissa Loughlin, a style editor at Interview magazine. Other television appearances include “Old Jack’s Boat”, “Silent Witness”, and “Survivors”. Agyeman also appeared as Penny in the 2015 film “North v South”. In 2018, she became part of the main cast of the NBC medical procedural series “New Amsterdam”.