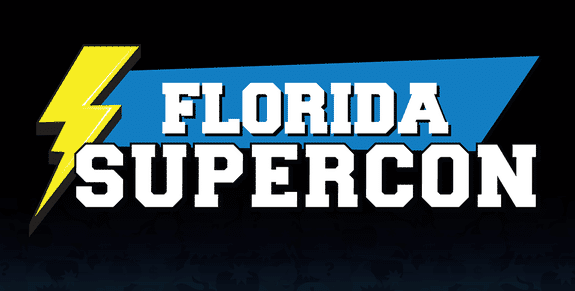 ReedPOP, the world’s largest producer of pop culture events and part of Reed Exhibitions, today announced that Florida Supercon will be joining its family of global fan conventions.

“We are thrilled with the addition of Florida Supercon to the ReedPOP family,” said Lance Fensterman, Global President of ReedPOP. “Mike Broder and his team have done an amazing job in making this show one that has incredible fan and industry support. We plan to spend time listening to the fans and exhibitors and then investing to build upon the awesome convention and continue to give the great fan base a fantastic experience.”

“I’m excited to continue to get to know the enthusiastic South Florida fan base and to have the opportunity to take an already great show and continue to make it better.” said Mike Armstrong, Vice President of ReedPOP. Armstrong will provide event leadership along with Kristina Rogers, the Event Director for New York Comic Con and C2E2.

Since the launch of the sold-out New York Comic Con in 2006, ReedPOP has sought to produce exceptional experiences for passionate audiences and help grow the industries surrounding those passions. Over the past two years, ReedPOP launched its first comic con in Africa, Comic Con Africa, and an all-new U.S. show, Keystone Comic Con in Philadelphia, expanding the portfolio to nearly 40 fan conventions around the world.

“I am extremely proud of what our team has created in Florida Supercon with the help of our amazing fans, guests, and exhibitors. As fans ourselves, we look forward to watching as ReedPOP brings their global resources to Miami to elevate the fan experience.” said Mike Broder, Founder of Florida Supercon.