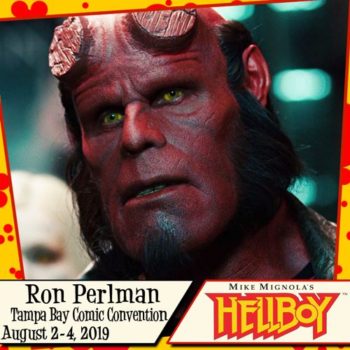 on Perlman will be a guest at the August 2-4, 2019, Tampa Bay Comic Convention at the Tampa Convention Center!

Ron is best known for his role as Hellboy in the film Hellboy and Hellboy II: The Golden Army, and Clay Morrow on Sons of Anarchy. Ron also voices the narrator of the video game series Fallout, Clayface in the DC Animated Universe, and Slade on Teen Titans. Appearing Saturday only!