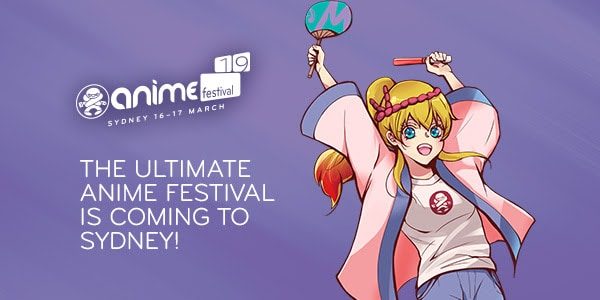 Australia’s premier Anime, Manga and Japanese Culture festival, Madman Anime Festival is coming to Sydney! After massive events in Melbourne, Brisbane and Perth, the ultimate celebration of Anime and Japanese culture is about to arrive in Sydney for it’s biggest launch ever on 16-17 MARCH!

Expect to see guests from around the world; such as Cherami Leigh (Asuna, Sword Art Online), Yoshitsugu Matsuoka (Kirito, Sword Art Online), and Sumire Morohoshi (Emma, The Promised Neverland), Australia’s biggest cosplay competition, exciting and exclusive exhibitions and premiere screenings of some of the world’s most popular anime film franchises! There’s something for everyone!

You definitely don’t wanna miss this! Get your tickets to Madman Anime Festival now: www.madfest.com.au