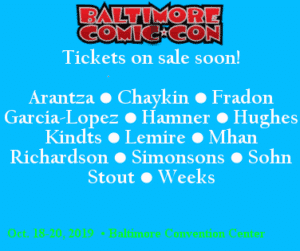 Arantza Sestayo was born in San Sebastian, Basque Country Spain. Her artistic process is self-taught and she developed professionally through portraiture, in ceramic design, and in the production of cartoons in Camelot Studios of Castellon. Her journey in illustration began with publications such as Red Ears of erotic and humorous comics, the Swedish children’s magazine Psago Prinsessan, and the American publishing house S.Q.P. In Spain, she has contributed to Wicked Kisses with Norma Comics and participated in the book Vampires from Heavy Metal. Her art has been featured on merchandise from Schmidt, Bioworld, and Heavy Metal. The municipality of Castellon commissioned an illustration for a facade of the Ateneo Assembly Hall, and published Duende as a compilation of her work. She exhibits at events related to comics and movies, such as Expomanga, Salon del Comic de Irun, Cavacon in Italy, and the Terror Film Festival of San Sebastian. Currently, some of her work has can be seen on products at Penguin Random House, and in the special edition Game of Thrones 20th Anniversary by HarperCollins Publisher. This year, her piece Ophelia has been awarded third place at the Imaginative Realism of Art Renewal Center.

Ringo Award winner and Harvey and Eisner Award nominee Frank Cho launched his career as a comic strip artist at the University of Maryland-College Park student newspaper, penning University2, which was the predecessor of his creator-owned syndicated strip and comic series, Liberty Meadows. His body of work also includes Marvel Comics’ New Avengers, Mighty Avengers, Savage Wolverine, Shanna the She-Devil, New Ultimates, and X-Men: Schism, as well as Jungle Girl for Dynamite Entertainment. His recent work can be seen on covers from DC’s Harley Quinn.

Ringo and Eisner Award-winning Tom King is currently the writer of Batman at DC Comics, where he has also written Mister Miracle, Grayson, The Omega Men, DC Nation, Swamp Thing Winter Special, Heroes in Crisis, and has a story in Action Comics #1000, not to mention his award-winning work at Marvel on The Vision. King’s first book, A Once Crowded Sky, a postmodern super hero novel, was recognized by USA Today as one of the best Graphic Novels of the year. He was named by the Hollywood Reporter as one of the five comic creators to watch in 2015.

Carla Speed McNeil is the author and artist of Finder. She started working in comics since 1997 and hasn’t stopped since. She has also worked on a variety of projects like providing art for Queen & Country: Operation: Stormfront from Oni Press, adapted and drew Pendragon: The Merchant of Death (based on the prose book by D. J. MacHale) for Simon & Schuster, and drawn fan-favorite Frank Ironwine for Apparat/Avatar, as well as two pages of Transmetropolitan for DC/Vertigo, both by Warren Ellis. Bad Houses was released in 2013 by Dark Horse Comics, after which she began a long series of collaborations with writer Alex De Campi, including Ashes, My Little Pony (IDW), and No Mercy (Image) beginning April 2015. Other smaller projects have included drawing Legends of Red Sonja (Dynamite), the short story Here. In My Head (with writer Elizabeth Genco) for Comic Book Tattoo from Image, and shorts in notable anthologies such as The Sleep of Reason and Cautionary Fairy Tales of Africa. She has won an Eisner Award, Ignatz Awards, the Kim Yale New Talent Award from Friends Of Lulu, the L.A. Times Book Prize for graphic novel in 2012, and three Stumptown Comic Arts Awards.

David Petersen is best known as the creator of Mouse Guard. He enjoys fantasy, folklore, myth, and legend. Even more than that, he loves to draw and write about it. A steady diet of cartoons, comics, and tree-climbing fed his imagination and is what still inspires his work today. David won the 2007 Russ Manning Award for Most Promising Newcomer. In 2008, David won the Eisners for Best Publication for Kids (Mouse Guard Fall 1152 & Winter 1152) and Best Graphic Album – Reprint (Mouse Guard Fall 1152 Hardcover). He won the Harvey Award for Best Graphic Album of Previously Published Work in both 2014 and 2015. David is a cartoonist and children’s book illustrator who began his career in 2004 with the release of Voices, a self-published anthology from ComiXpress. Possessing a distinctive art style reminiscent of A.A. Milne (creator of Winnie the Pooh), Petersen has worked on such comics as The Dark Crystal, Snowy Valentine, and Muppets & Fairytales from Archaia, as well as the Teenage Mutant Ninja Turtles Micro-Series from IDW. His artwork also graced the cover for the 2012 Baltimore Comic-Con program, as well as the show-exclusive t-shirt.

William Stout was born in Salt Lake City on the way to Los Angeles. While attending CalArts on a full scholarship, he began his professional career illustrating the first four issues of Coven 13. In 1971, Stout began assisting Russ Manning on the Tarzan of the Apes newspaper strips and Eisner Award-winning graphic novels. Stout wrote and drew stories for Cycle-Toons and Car-Toons, then joined Harvey Kurtzman and Will Elder on Playboy’s Little Annie Fanny. After becoming one of the first American contributors to Heavy Metal magazine, Stout created the one-sheet for Wizards, ultimately working on posters for over 120 films. His first one-man show was held at the American Comic Book Company. Stout has worked on over 40 feature films including Buck Rogers, both Conan films, Predator, Raiders of the Lost Ark, Disney’s Dinosaur, The Prestige, Stephen King’s The Mist, and Men In Black. Return of the Living Dead made Stout the youngest production designer in film history. He wrote films for Roger Corman and Jim Henson. Bill designed Masters of the Universe and helped Pan’s Labyrinth win two of its Oscars. His most recent films are SpongeBob Squarepants 3 and LucasFilm’s Monster Roll. Stout’s groundbreaking THE DINOSAURS-A Fantastic New View of a Lost Era (1981) was followed by Ray Bradbury’s Dinosaur Tales and The Little Blue Brontosaurus (1984 Children’s Choice Award and the basis for The Land Before Time). Michael Crichton acknowledged Stout’s work as an inspiration for Jurassic Park. After voyaging to Antarctica and Patagonia, Stout began working to make Antarctica the first World Park. He considers his most important current book project to be LOST CONTINENT-Modern and Prehistoric Life in Antarctica. Stout worked with Jean “Moebius” Giraud on Arzachand with Will Eisner on a Harvey Award-winning Spirit series. Stout’s own tales have appeared in Dark Horse’s 911, their Eisner-nominated AutobioGraphix book, and Bernie Wrightson’s Night Terrors. Stout’s Animal Planet DRAGONS poster was distributed to every comic shop and convention in America. Stout has created covers for Cadillacs and Dinosaurs, Alien Pig Farm 3000, TURF, Jurassic Park, and Alien Worlds, for which he also recently illustrated an eight-page Bruce Jones story. Bill is the author and illustrator of the bestselling book Legends of the Blues, the first of three volumes on the creators of the world’s greatest blues music. Bill co-founded the Comic Art Professional Society, designed their logo, and served as their tenth president. Over 24 million William Stout trading cards have been sold. Stout’s twelve murals depicting the prehistoric life of San Diego are on permanent display at the San Diego Natural History Museum, as are his two recent murals for the San Diego Zoo. His first two murals are at the Houston Museum of Natural Science. He painted three Cretaceous murals for Walt Disney’s Animal Kingdom. Stout’s huge fifty-year career overview, Fantastic Worlds – The Art of William Stout, was published in late 2018.

The multiple Harvey and Eisner Award-winning Mark Waid has been the voice behind numerous issues, mini-series, and title runs that have resonated throughout comics fandom and the creative community alike. His acclaimed runs and series include DC Comics’ The Flash, Kingdom Come, The Kingdom, JLA: Year One,JLA, Legion of Super-Heroes, and Superman: Birthright, Marvel Comics’ Captain America, Fantastic Four, Amazing Spider-Man, The Indestructible Hulk, and Daredevil, BOOM! Studios’ Incorruptible and Irredeemable, Archie Comics’ The Fox, and Empire, originally published by Gorilla Comics and later by DC Comics. He has been Editor-in-Chief and then Chief Creative Officer at BOOM! Studios, as well as one of the principals behind Thrillbent Comics, a digital comics initiative.

Debuting professionally in the 1980s, artist and occasional writer Lee Weeks initially received publication in Eclipse Comics’ Tales of Terror horror anthology. He has contributed to much lauded work on titles such as Marvel’s Daredevil, Captain America, and Spider-Man’s Tangled Web, DC Comics’ bookshelf format Batman Chronicles: Gauntlet, and Dark Horse Comics’ Tarzan vs. Predator. He was also the featured artist in Volume 17 of TwoMorrow Publishing’s Modern Masters. In 2018, he was the recipient of numerous Ringo Awards, including Best Artist or Penciller, and Best Humor Comic and Best Single Issue or Story for his work on DC’s Batman/Elmer Fudd Special.

“This is getting exciting!” said Marc Nathan, show promoter for the Baltimore Comic-Con. “We’ve barely scratched the surface and, already, our guest list is amazing! From the Ringo Award-winning King and Weeks that everyone couldn’t get enough of last year to Arantza returning to the show from Spain, our returning friends Carla and Frank and Mark and David (all of whom happen to be huge stars of the industry in their own rights), and artistic master William Stout. Wow! Comic fans are definitely going to need all three days this year to meet everyone on their wish lists!”