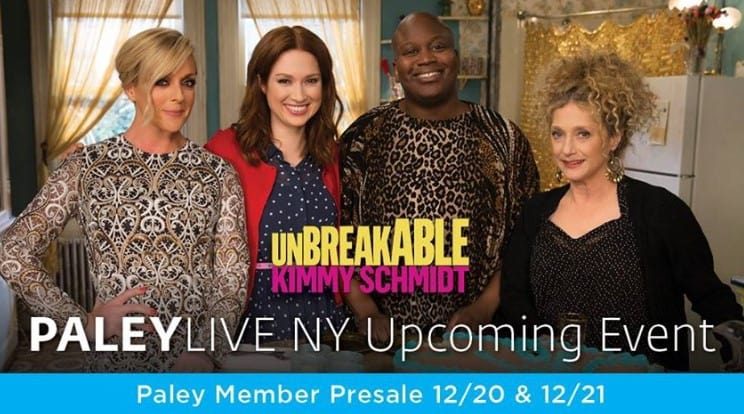 Join the Paley Center on Thursday, January 24, 2019 at 7 PM for an evening celebrating the final episodes of Netflix’s Emmy Award-nominated Unbreakable Kimmy Schmidt. As the series comes to a hilarious and moving close, Kimmy has to choose between helping her friends, Titus (Tituss Burgess), Jacqueline (Jane Krakowski), and Lillian (Carol Kane), and helping someone she’s never put first before: herself. This final season includes a double-sized “Sliding Doors” episode exploring how the main characters’ lives might have been different if Kimmy had never been kidnapped.