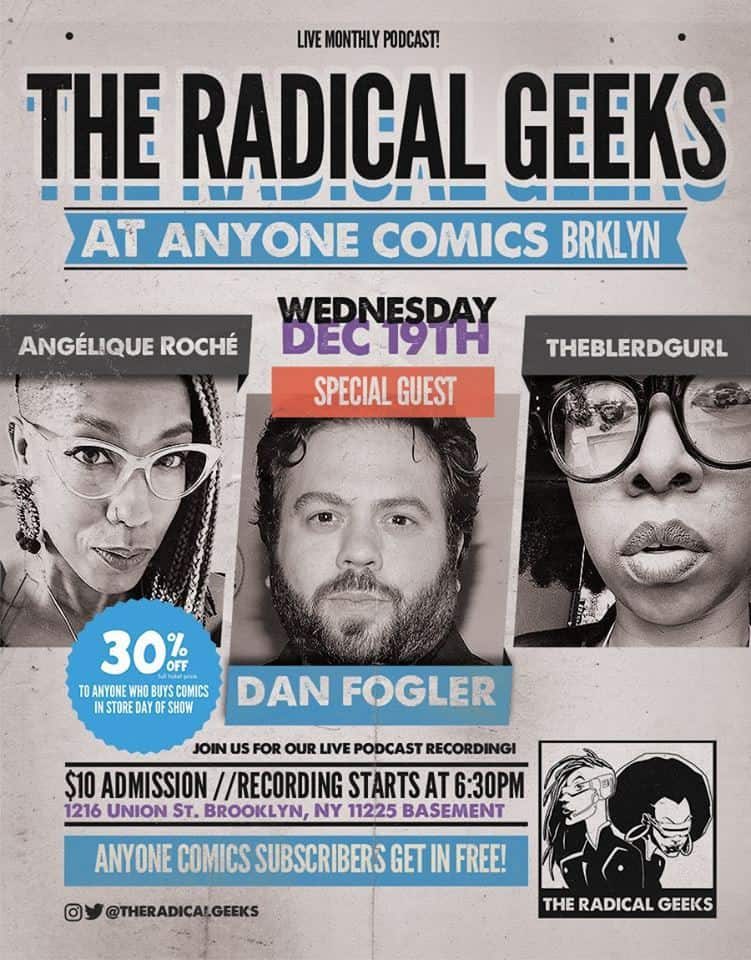 Special guest Dan Fogler appears for a live recording of The Radical Geeks podcast at Anyone Comics on Wednesday, December 19, 2018 at 6:30 PM. $10 Admission.

Dan Fogler is an American actor and writer. He has appeared in films Balls of Fury, Fanboys, Kung Fu Panda, Good Luck Chuck, Fantastic Beasts and Where to Find Them, Fantastic Beasts: The Crimes of Grindelwald, Hannibal, The Goldbergs and currently stars in The Walking Dead as Luke. Dan will be talking about what made his year and his comics Brooklyn Gladiator and Moon Lake.