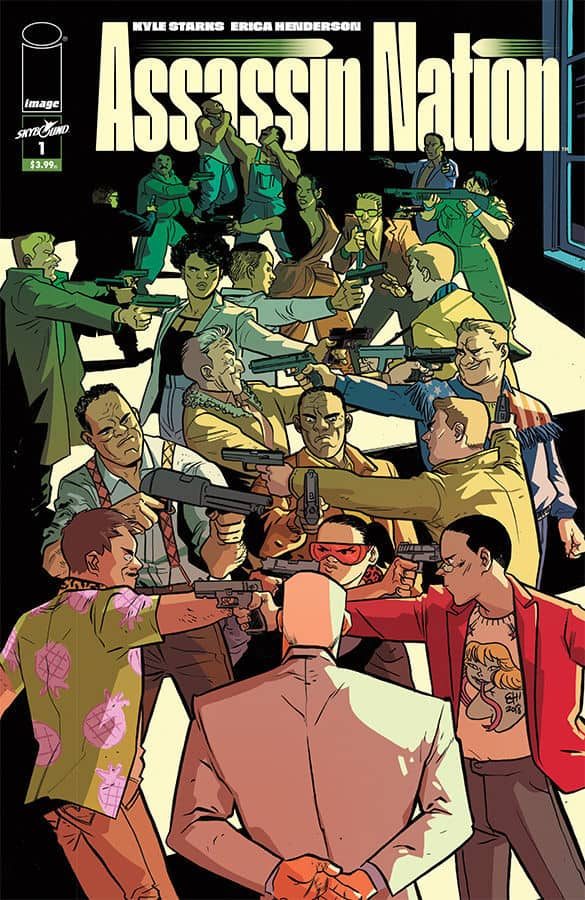 “I’m so excited for this book,” said Henderson. “Kyle and I have been wanting to work together for as long as we’ve been friends. It’s great to finally make that happen. There aren’t a lot of comics with Kyle’s action and comedy sensibilities, so it’s just been a blast. On top of that, it’s nice to work in other genres. My professional career has been largely all-ages media so it’s been REALLY fun to get some gore and explosions in there too. Assassin Nation is great fun but NOT for the whole family.”

The World’s (Former) Greatest Hitman has a hit out on him. What to do? Why, hire the 20 best assassins in the world to be his bodyguards, of course. These mean-as-hell hired guns and murderers will have to work together to keep the new crime boss safe, figure out who’s trying to off him, and also… survive.

“Since I got into the comics industry, I’ve wanted to do two things: one, work with my dear friend Erica Henderson; and two, write a book with 20 hitmen being hired to be bodyguards to the world’s former best assassin,” said Starks. “Truly, two things I love more than nearly anything: my friendship with Erica and a barrel full of trained killers set loose on a thrilling adventure ride of murder, mystery, and mayhem.

“I’m super excited about Assassin Nation,” he added. “Erica and I made a ton of great characters and put them through a really fun story. I mean, look, we are both action movie super fans, and getting to make something together has been a true joy that I think will be passed on to the readers. It’s going to be an adrenaline thrill ride of violence and jokes, and we can’t wait for people to get their hands on it.” 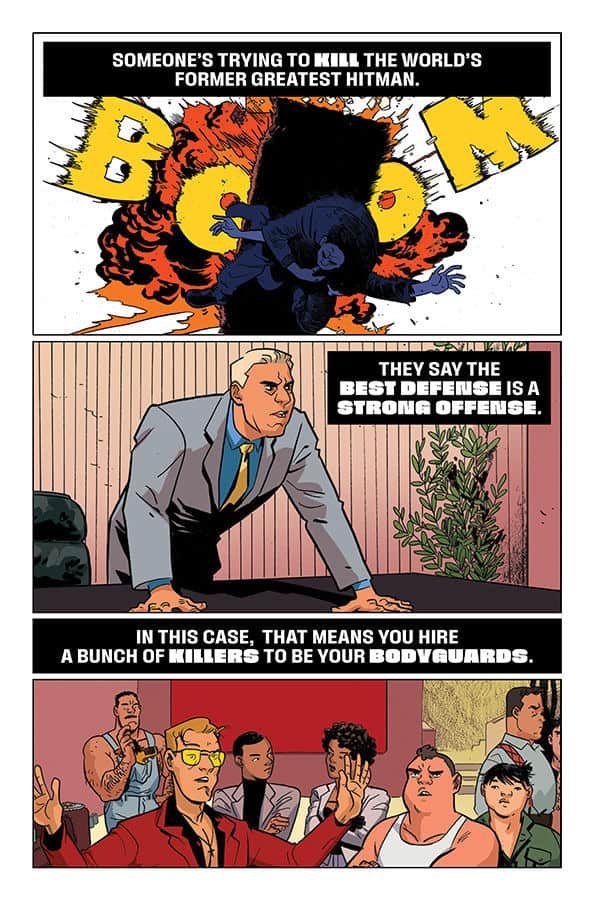 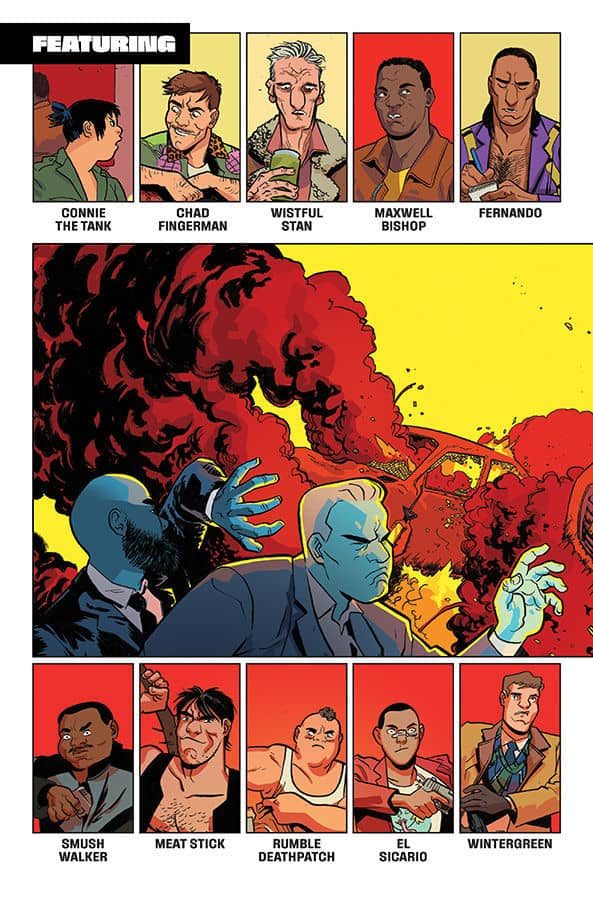 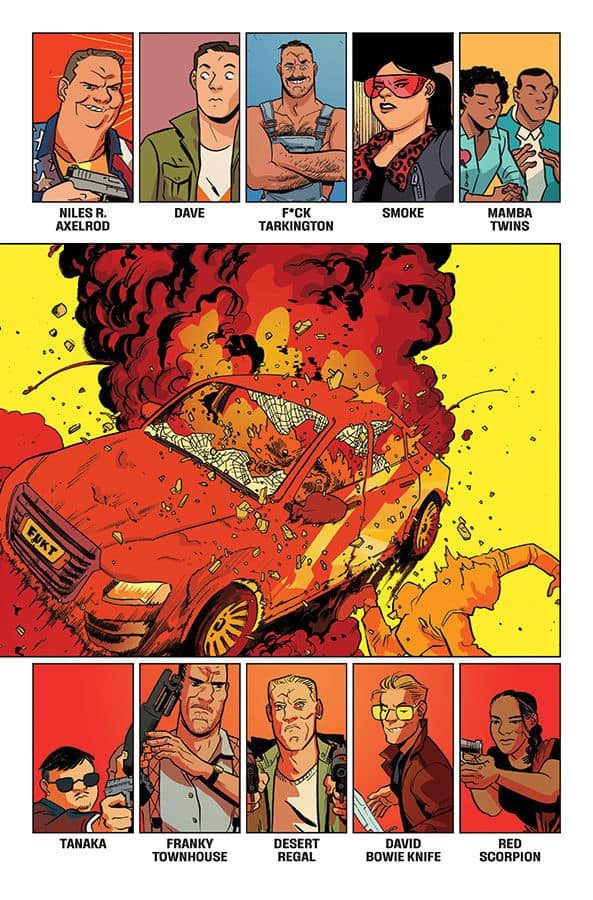 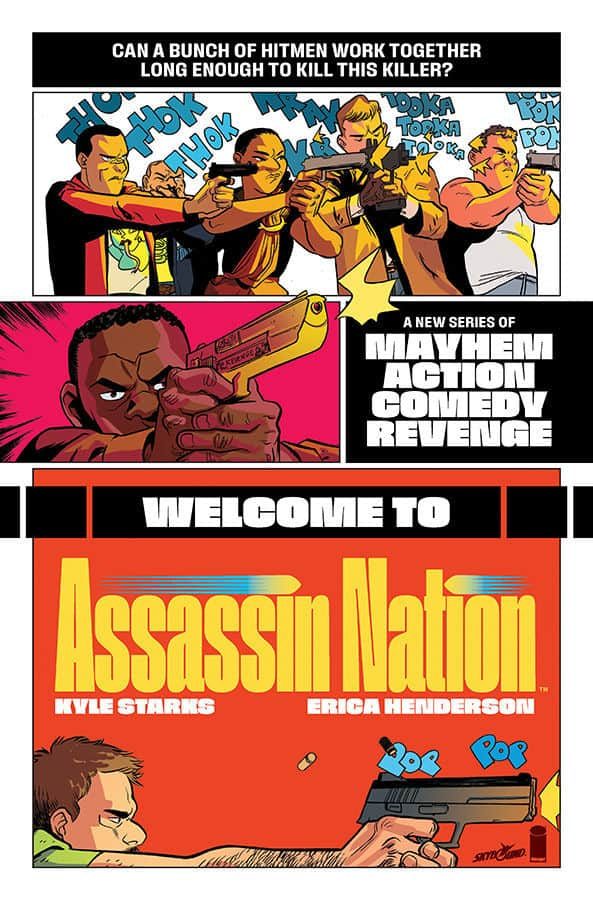