Marvel Entertainment has a ton of panels, signings, and other notable events to check out for those attending New York Comic Con! From comic books, to TV shows, to games, to our own New Media team, you’ll find many familiar faces discussing some of your favorite characters, stories, and more at NYCC, which runs October 4 – October 7. From panels, to live shows and interviews, to signings, you can check out Marvel Entertainment’s full schedule of NYCC events below, along with a sneak peek at special posters and variant comics that will be available at the con.

Mighty Marvel editors and guests take you behind-the-scenes and show you how a Marvel comic book is made! Learn about every aspect of production including writing, penciling, inking, coloring, lettering, editing, and more – with creators on hand to offer personal insights and anecdotes. If you’re interested in the ins-and-outs of the comic book industry, this is the one panel you can’t miss!

Marvel: This Week In Marvel (Javits Center – Room 1A10)

Marvel’s Runaways is headed to Madison Square Garden, for the very first time, with an action-packed panel, Q&A and never-before-seen-footage.   Join Jeph Loeb, Head of Marvel Television, along with the cast and executive producer, as they let you in on what’s to come for the highly-anticipated Season Two of the Hulu Original Series, Marvel’s Runaways. You won’t want to miss this fun-filled event! And don’t forget all 13 episodes of Marvel’s Runaways Season Two will drop on December 21, 2018, only on Hulu.

Join Joe Quesada, Jimmy Palmiotti, Christopher Priest, and Tom Sniegoski as they reflect on the industry-redefining MARVEL KNIGHTS imprint as it celebrates its 20th anniversary.  What was it like to pioneer this bold new storytelling style for Marvel’s heroes, and how has it impacted Marvel comics, movies, and television series over the last two decades?  Learn about all this and more at this must-attend retrospective – and bring your own burning questions!  NOT to be missed by any fan of the Mighty Marvel Manner!

At the Marvel Knights signing (see below), a special lithograph will be available. 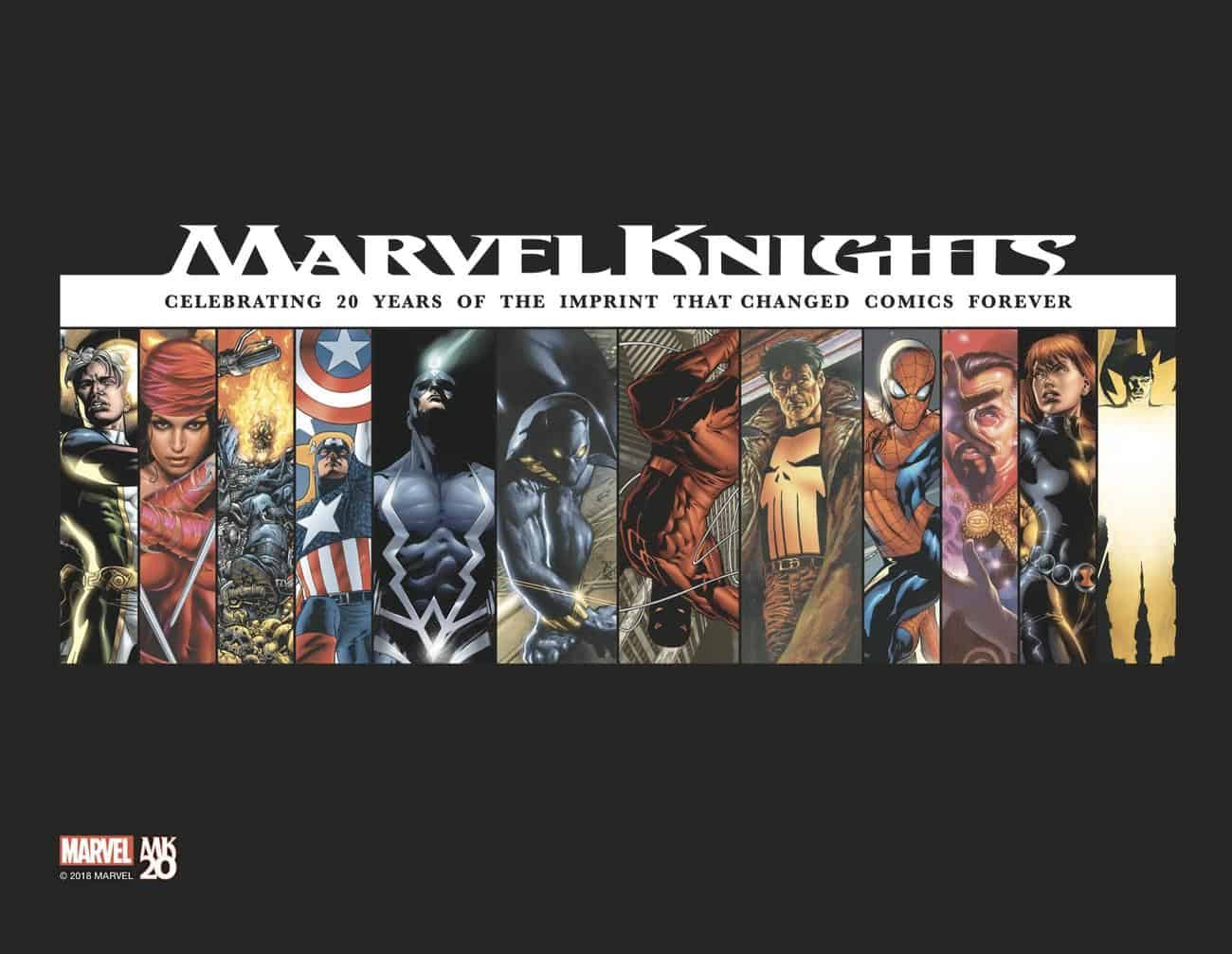 Look out, here comes the Spider-Man panel! Editor Nick Lowe does whatever a moderator can along with Spider-Writers Saladin Ahmed (Miles Morales: Spider-Man), Seanan McGuire (Spider-Gwen: Ghost-Spider), and Nick Spencer (Amazing Spider-Man). Listen buds, as we’ll tell you all about the Amazing Spider-Man’s next adventure! Action will be your reward as you learn the latest about the multiversal mega-crossover Spider-Geddon!  Plus – like a streak of light, Miles Morales news will arrive just in time!

This is your chance to meet the new head of editorial at Marvel! In an exclusive one-on-one interview, freshly-minted Editor-in-Chief C.B. Cebulski will talk about anything and everything involved in what’s next for Marvel. Want to know what the future holds for Marvel’s mutants? Dying to find out how Spider-Geddon ends? What does Forbush Man really look like without his helmet? Ask C.B. these questions and more in the Q&A! 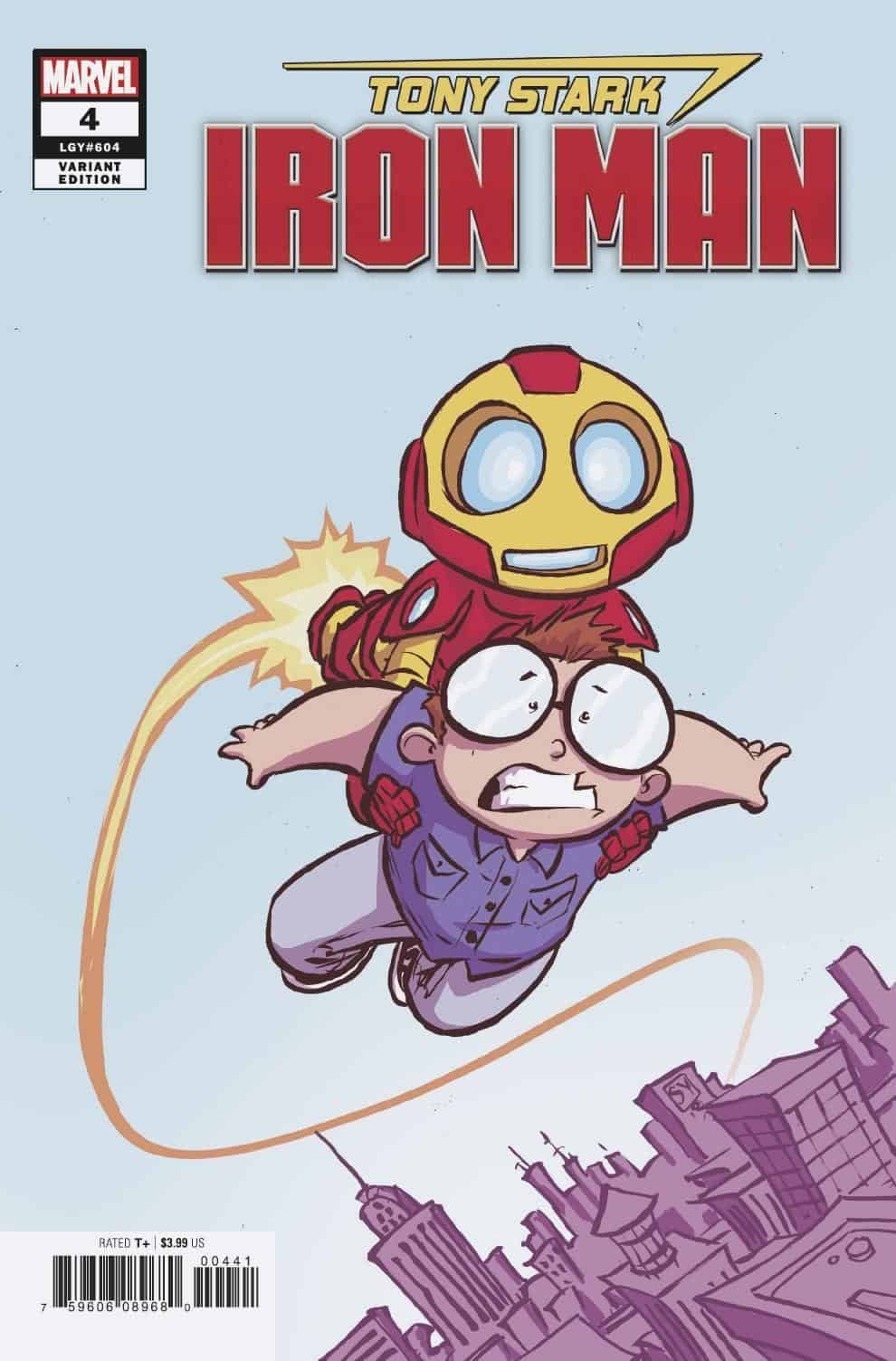 At the Marvel’s Daredevil signing (see below), a special poster will be available. 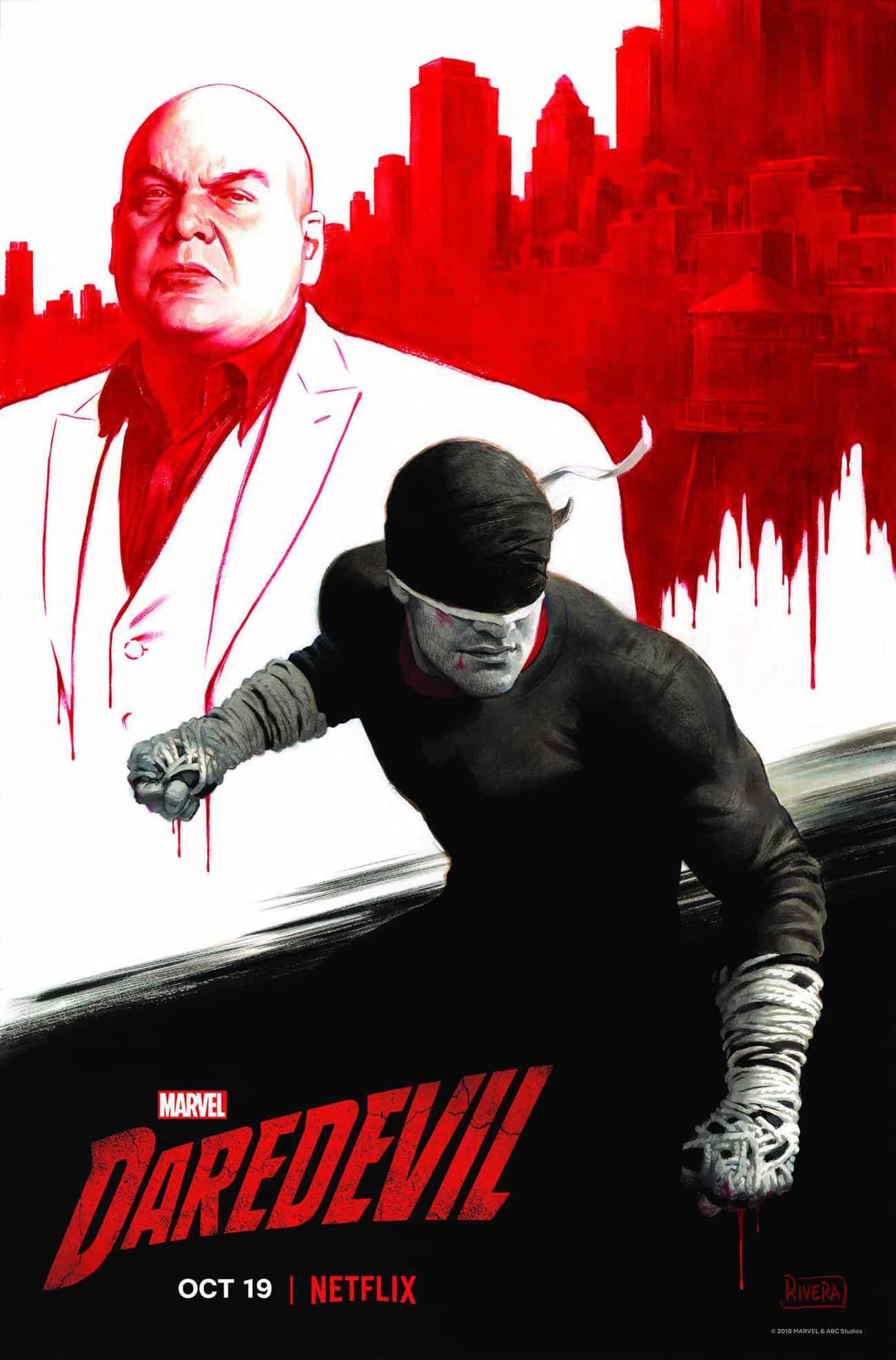 Monumental events are on the horizon for the Marvel Universe, and Editor-in-Chief CB Cebulski can’t wait to tell you all about them! Industry luminaries Jason Aaron (Avengers, Conan the Barbarian), Donny Cates (Guardians of the Galaxy), Gerry Duggan (Infinity Wars), and Dan Slott (Fantastic Four, Tony Stark: Iron Man) have incredible new stories in store for your favorite characters, and this is the place to hear about them first! 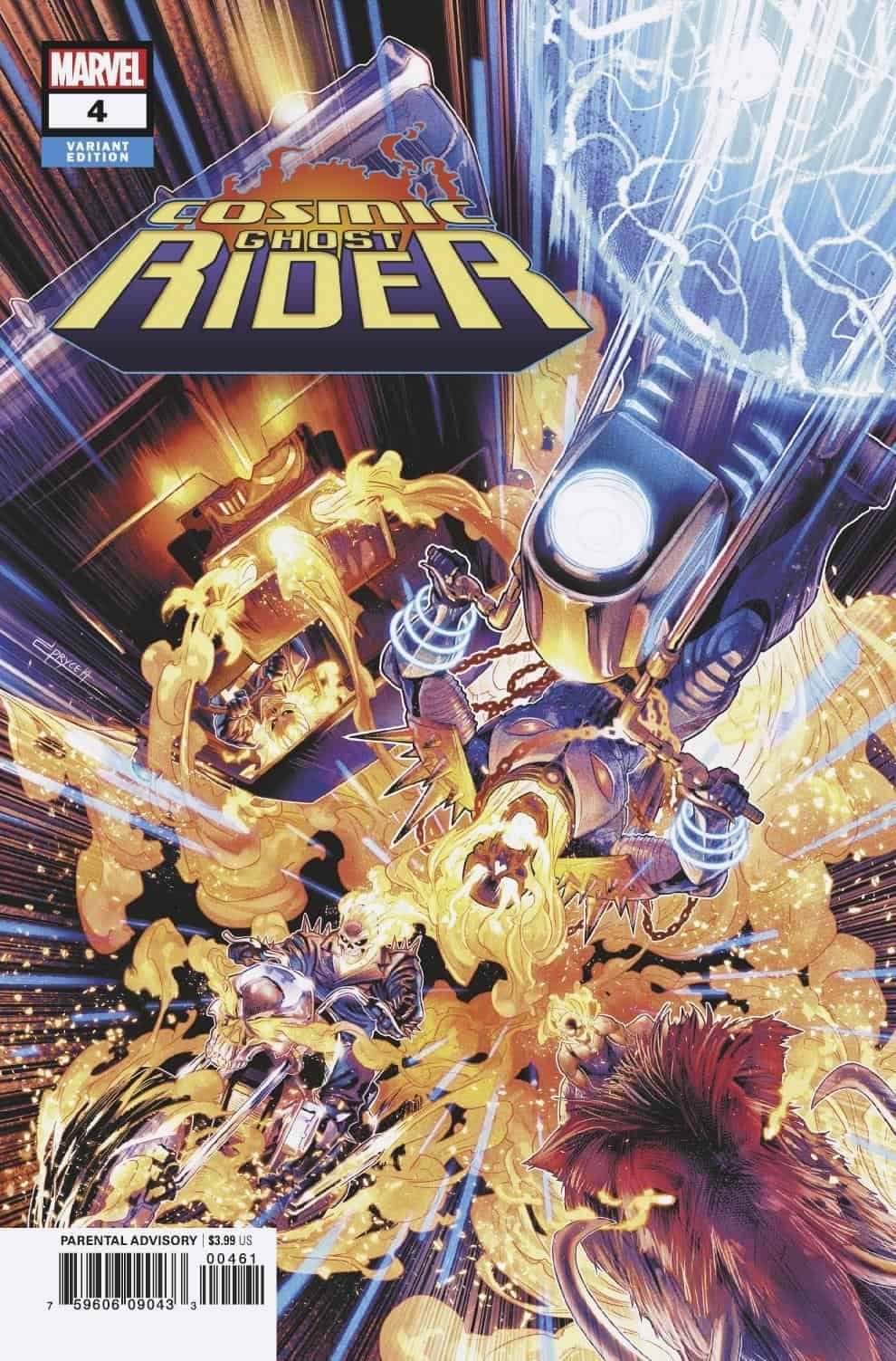 Join Executive Editor Nick Lowe along with a slew of Mighty Marvel Guests including Al Ewing (Immortal Hulk), Kyle Higgins (Winter Soldier), and Daniel Kibblesmith (Black Panther vs. Deadpool) for a private panel discussion of what’s happening inside the Marvel Universe.  Get FREE merchandise, never-before-seen sneak peeks of upcoming comics, Q&A session and more!  Not to be missed! Open only to Marvel Unlimited Plus members and Marvel MasterCard cardholders.

Marvel Rising brings together the next generation of Marvel Super Heroes for the next generation of Marvel fans. Join Cort Lane (Marvel’s SVP Animation & Family Entertainment) and Sana Amanat (Marvel’s VP, Content and Character Development) as well as our Inferno Tyler Posey, our America Chavez Cierra Ramirez, our Squirrel Girl Milana Vayntrub, our Ms. Marvel Kathreen Khavari, and our Patriot Kamil McFadden to talk all things Marvel Rising! This action-packed panel will showcase the brand-new animated film Marvel Rising: Secret Warriors as well as special announcements, first looks, and so much more. Panel will be moderated by Lorraine Cink.

At the Marvel Rising signing (see below for details), a special poster will be available. 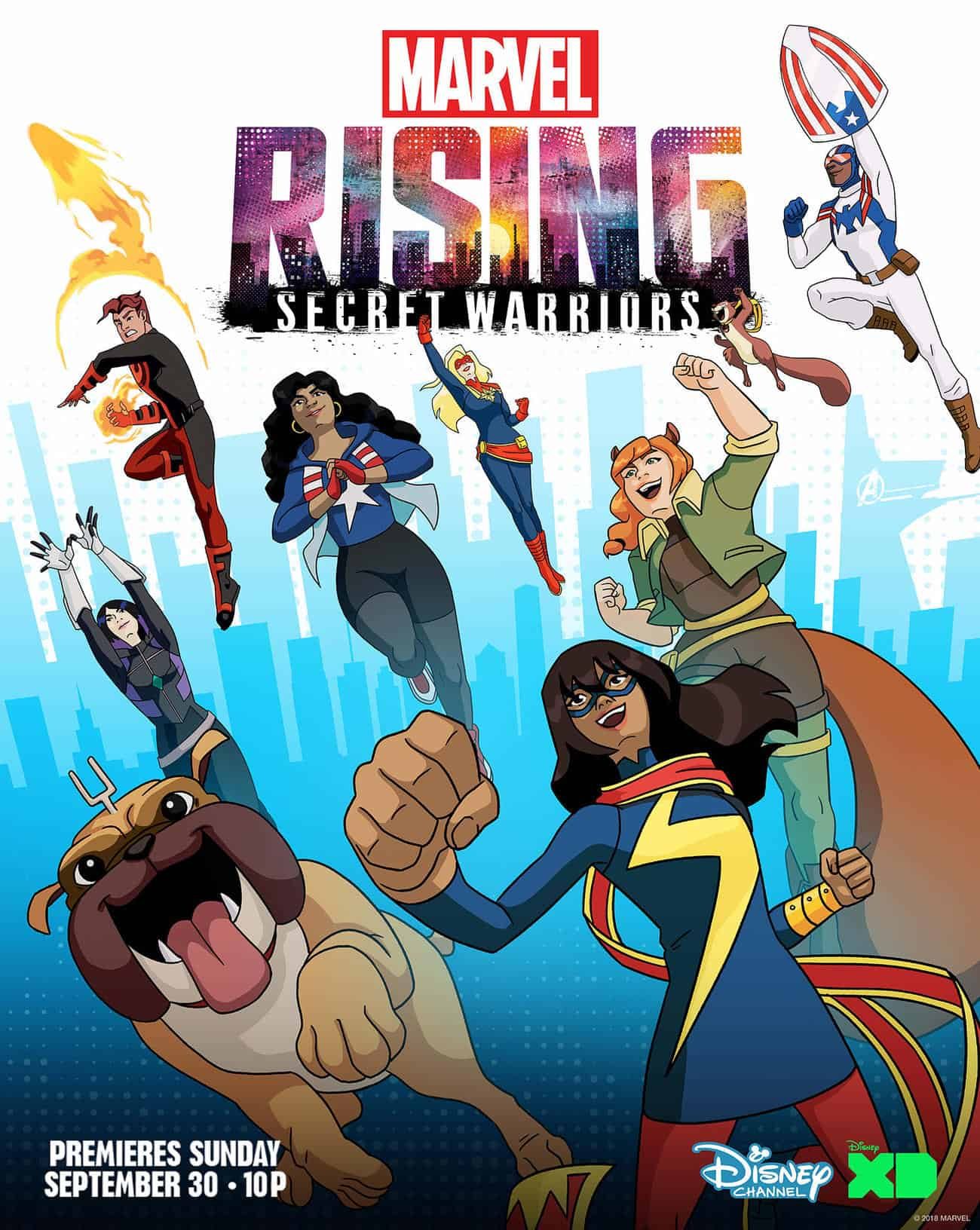 X-Traordinary things are in store for Marvel’s Merry Mutants! Editor X the X-Treme (AKA Jordan White) is joined by superhuman talents Ed Brisson (Dead Man Logan, Uncanny X-Men), Sina Grace (Iceman), Matthew Rosenberg (Uncanny X-Men), Charles Soule (Return of Wolverine), and Leah Williams (X-Men Black) for a fun-filled forum. The current X-Men teams unite this November under one uncanny banner! Wolverine has returned under mysterious circumstances, but his aged counterpart might not be so lucky! All this, and Iceman reunites with his Amazing Friends! 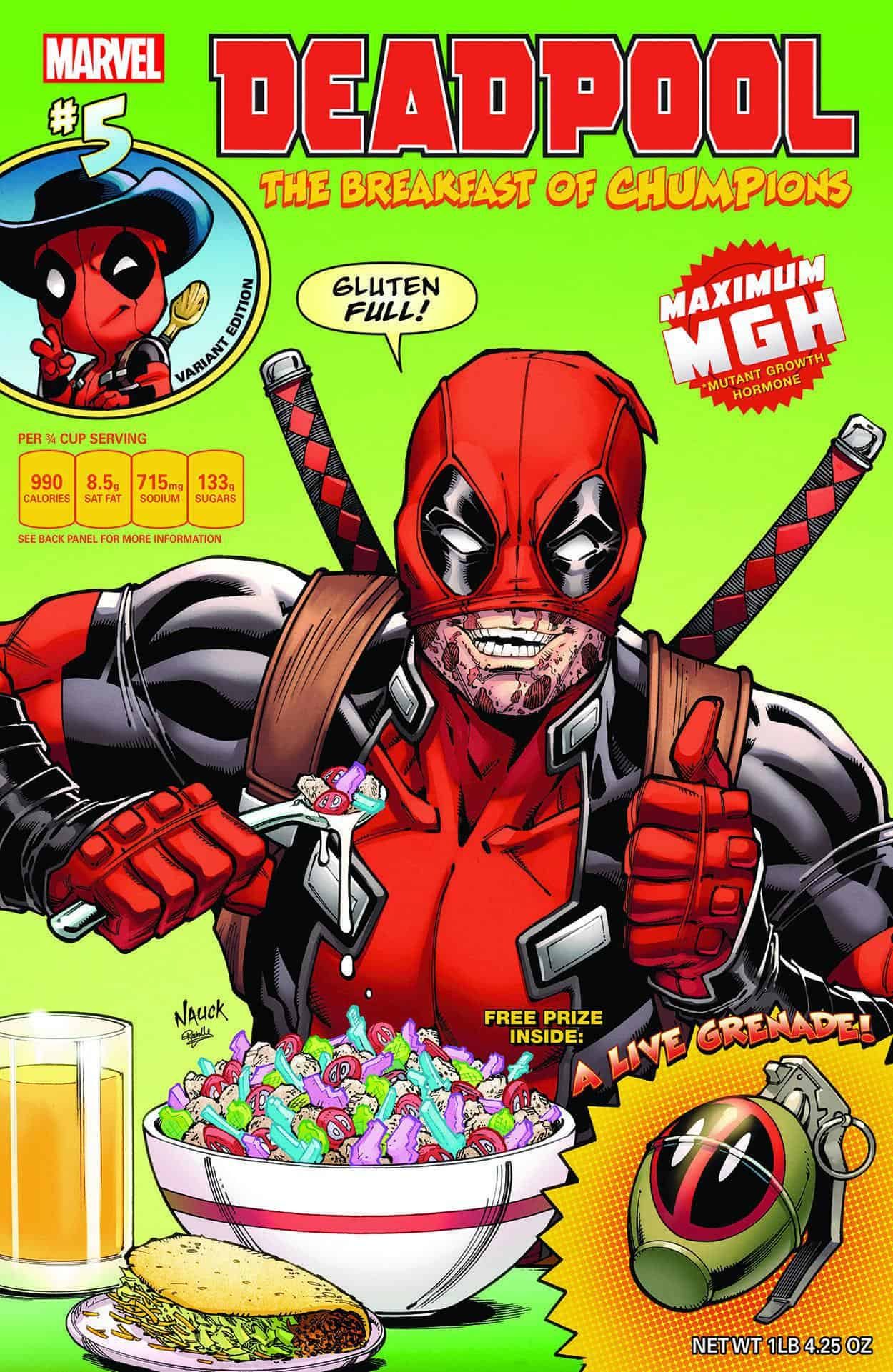 From 20th Century Fox Television in association with Marvel Television, season 2 of The Gifted picks up six months after the explosion of the Atlanta Station.  The Mutant Underground search for their friends and family who left with The Inner Circle. Having tracked them outside of Washington, D.C., they must contend with new groups with extreme ideologies, both human and mutant alike, to stave off a brewing conflict.  Join executive producers and cast for an exclusive first-look at an all-new episode.  The Gifted airs Tuesdays on FOX.

At The Gifted signing (see below), a special poster will be available. 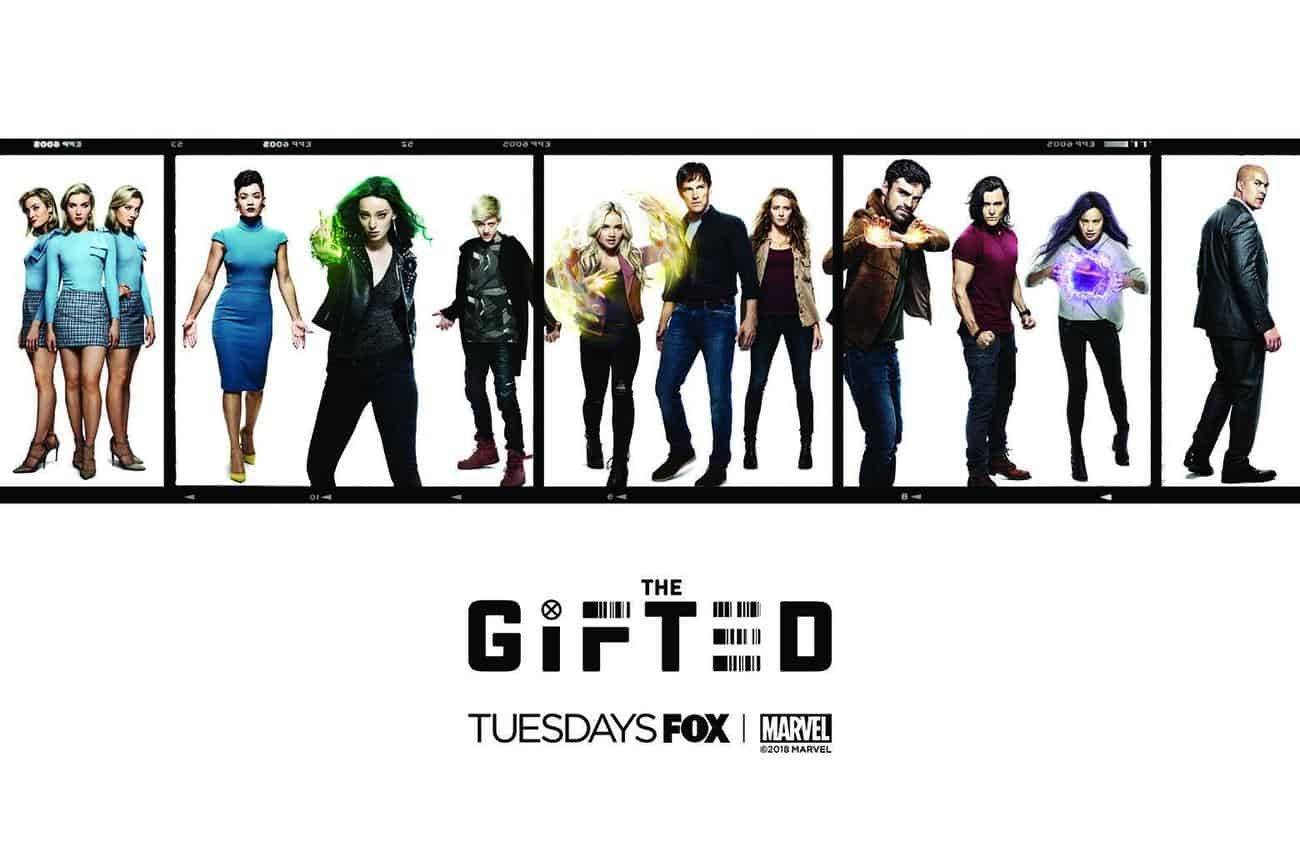 MARVEL GAMES will be bringing some of the hottest games and exclusive reveals to the con this year. Marvel Contest of Champions will be on hand for a first-look at upcoming game events and characters, and will crown a new “2018 MCoC Ultimate NYCC Champion,” all on the Marvel main stage and at the Kabam booth! Gamers will also get the latest news, exclusive giveaways, and a chance to play MARVEL Battle Lines, the upcoming mobile card battle game from Nexon Games. Last but not least, Marvel Puzzle Quest is celebrating its 5th anniversary with awesome surprises for fans all weekend long at the D3 Go! booth. Follow @MarvelGames on Twitter for more information and updates all weekend long!

Marvel Publishing will have the comic book industry’s most popular and talented writers and artists signing at the Marvel booth every day. Please check marvel.com/nycc2018 for the most up-to-date daily schedules of creator signings. 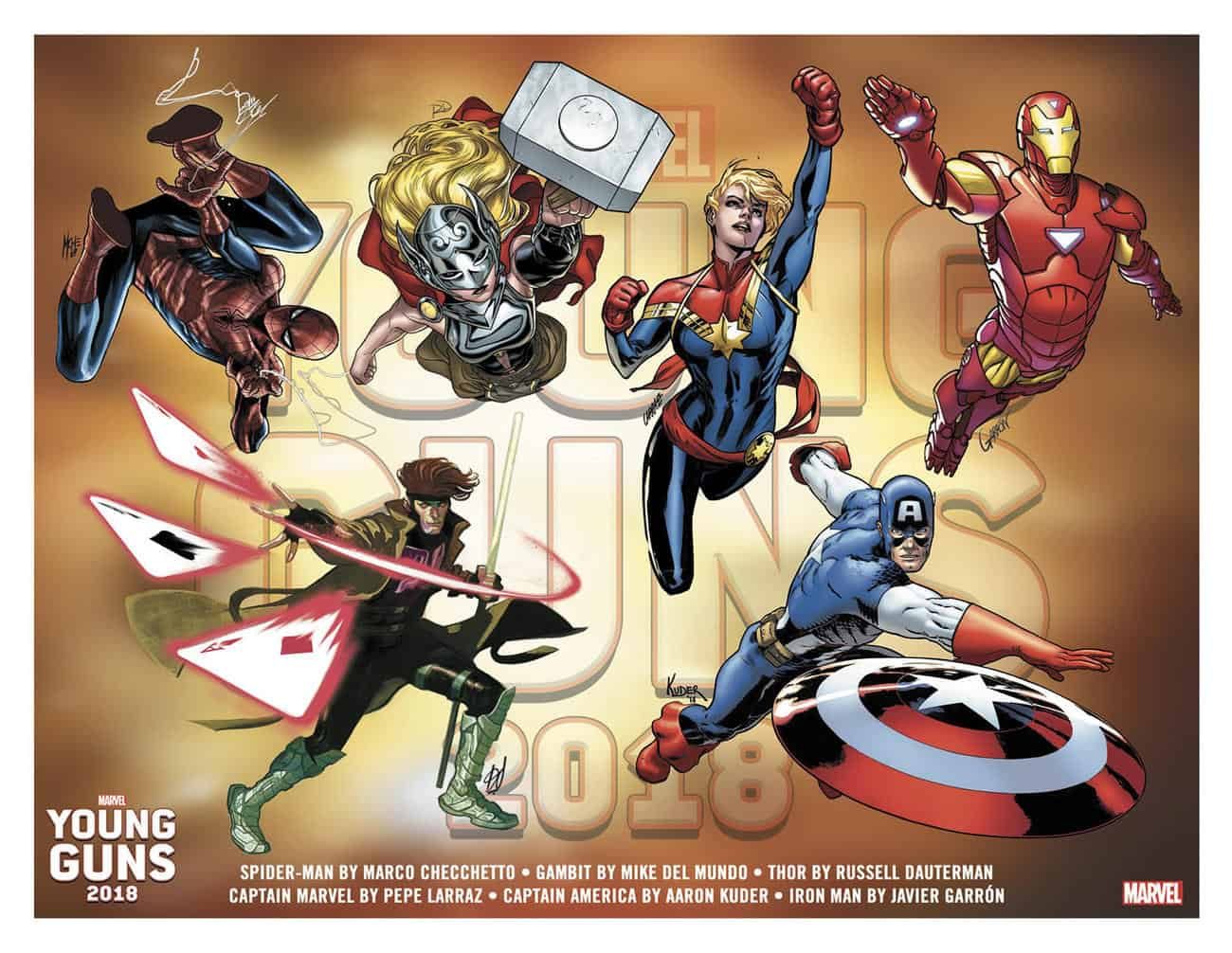 ***Please note that Marvel’s Runaways, Marvel’s Daredevil, Marvel Rising and The Gifted signings are ticketed events and passes will be available on a first-come, first-served lottery basis beginning at 10:00 AM on Friday, October 5th, Saturday, October 6th and Sunday, October 7th at the Marvel Booth (#1354).

Marvel will also be bringing some exclusive merchandise only for fans at NYCC! Don’t miss the chance to get your very own limited-edition t-shirts, pin packs, variant comics, and more! For more information, click here!