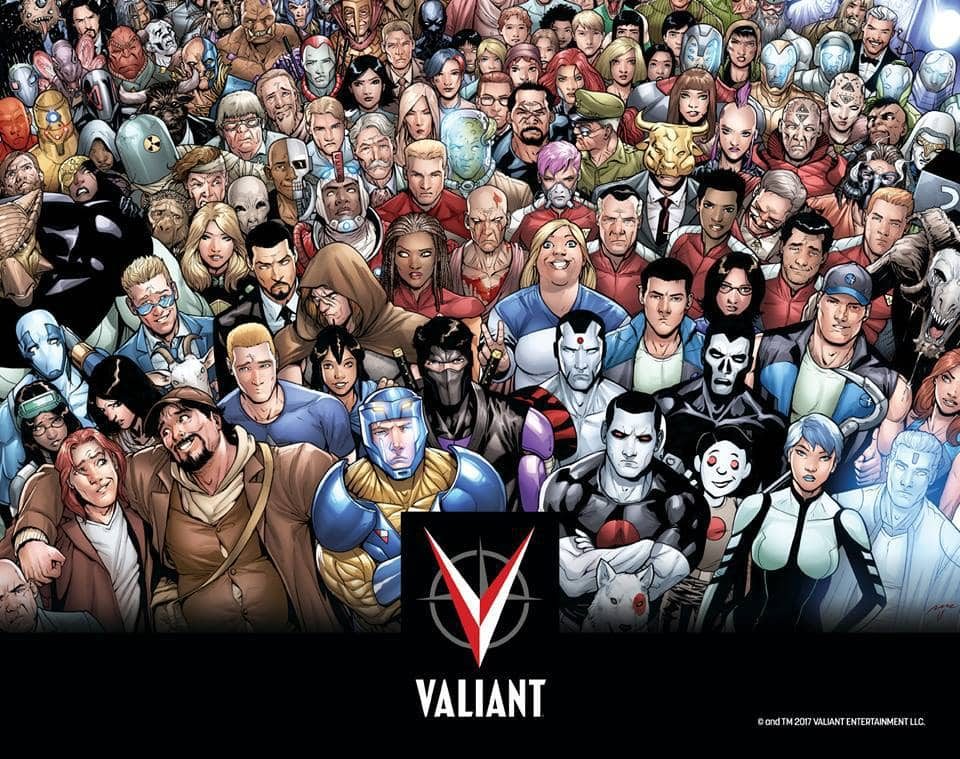 Next week, Valiant makes its way to Philadelphia for the inaugural Keystone Comic Con, an incredible weekend of fun for comics and pop culture fans!

On Friday, September 14th at 1:30 PM ET, join the publisher in the Keystone Theater of the Philadelphia Convention Center for VALIANT 101 AND BEYOND!

New to the Valiant Universe? There’s never been a better time to become a fan! Jump on board right here with a fun-filled introduction to the origins and adventures of Valiant’s greatest heroes – from past hits like HARBINGER to current bestsellers like X-O MANOWAR, and brand-new upcoming titles featuring FAITH, BLOODSHOT, LIVEWIRE, and more! Valiant has been hailed as the premier superhero publisher in comics today… Now, look no further than this panel to find out where to start!

PLUS: As part of the publisher’s recently announced #ValiantVisits initiative, a representative from Valiant’s dedicated and hardworking sales team will also be making pit stops at local comic shops throughout the greater Philadelphia area, including:

From September 14th to September 16th, be sure to check in on Twitter with the hashtag #ValiantVisits all weekend long for photos and info about each store!

We’ll see you in the City of Brotherly Love!