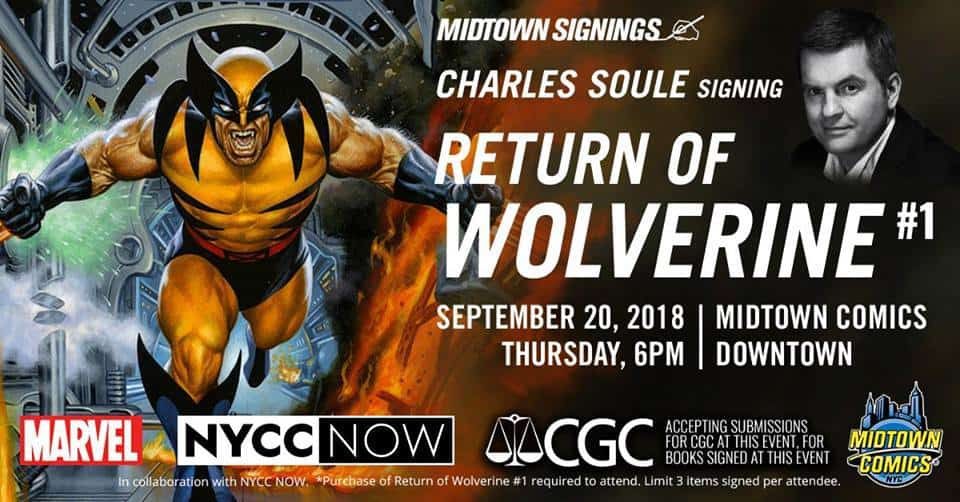 There will be a CGC representative to grade books signed at this event.

The man known as Wolverine has been thought dead for years, buried in a molten mass of Adamantium. But after escaping his metallic tomb, a worldwide chase has revealed the true fate of Logan! Now, Canada’s greatest hero is back in the Marvel Universe and putting the world on notice! Where has he been? How did he get an Infinity Stone? What role does he have to play in the days to come? And why has he chosen now to reveal himself? Writer Charles Soule and artist Steve McNiven bring back the hero they laid to rest with Return of Wolverine!