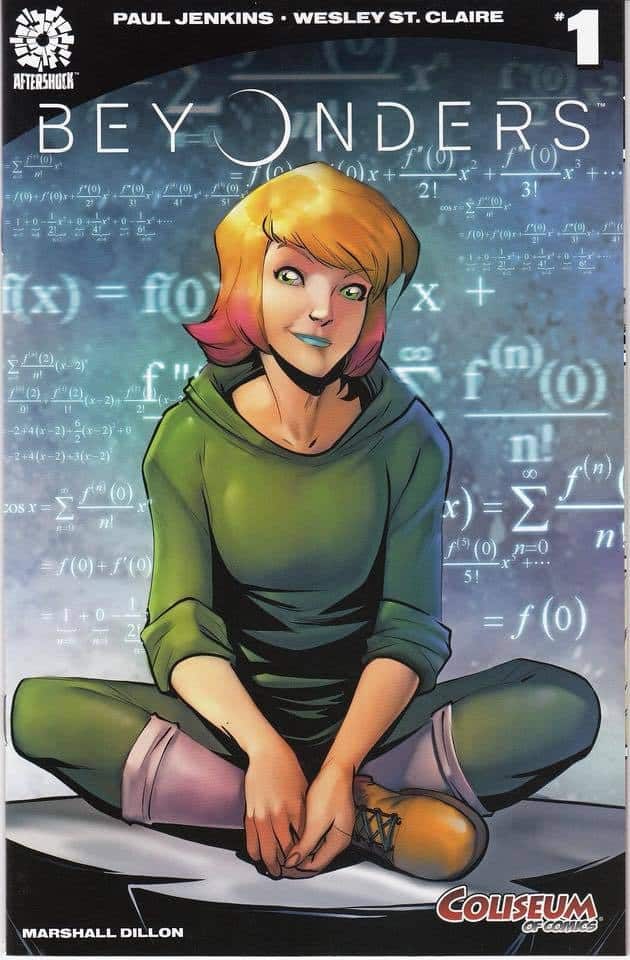 Writer Paul Jenkins (Alters, Replica) and Aftershock Publisher Joe Pruett (Black-Eyed Kids) will sign from 11:00 AM to 1:00 PM at Coliseum of Comics in
Jacksonville, and from 5:00 to 7:00 PM at the Millenia store on Wednesday, August 29th. Get your hands on a copy of BEYONDERS #1 Coliseum Exclusive Cover from Ale Garza, limited to a print run of 400 copies!

Paul Jenkins has been creating, writing and building franchises for over twenty years in the graphic novel, film and videogame industries. Over the last two decades Paul has been instrumental in the creation and implementation of literally hundreds of world-renowned, recognizable entertainment icons.

From his employment with the creators of the Teenage Mutant Ninja Turtles at the age of 22 to his preeminent status as an IP creator, Paul has provided entertainment to the world through hundreds of print publications, films, video games, film and new media. With six Platinum-selling video games, a Number One MTV Music Video, an Eisner Award, Five Wizard Fan Awards, and multiple Best Selling Graphic Novels, Paul Jenkins is synonymous with success. He has enjoyed recognition on the New York Times bestseller list, has been nominated for two BAFTA Awards, and has been the recipient of a government-sponsored Prism Award for his contributions in storytelling and characterization.

Joe Pruett, Aftershock Comics‘ Publisher/CCO, is an Eisner award winning comic book editor, publisher, and writer with over 25 years of experience. Joe was nominated for numerous Eisner and Harvey awards as a writer, editor and publisher, including for his work on Negative Burn at Caliber Comics. He is also known for his work at Marvel, where he wrote for X-Men Unlimited, Wolverine, and Cable. Joe founded Desperado Publishing in 2004, which had a publishing partnership with Image Comics and IDW.