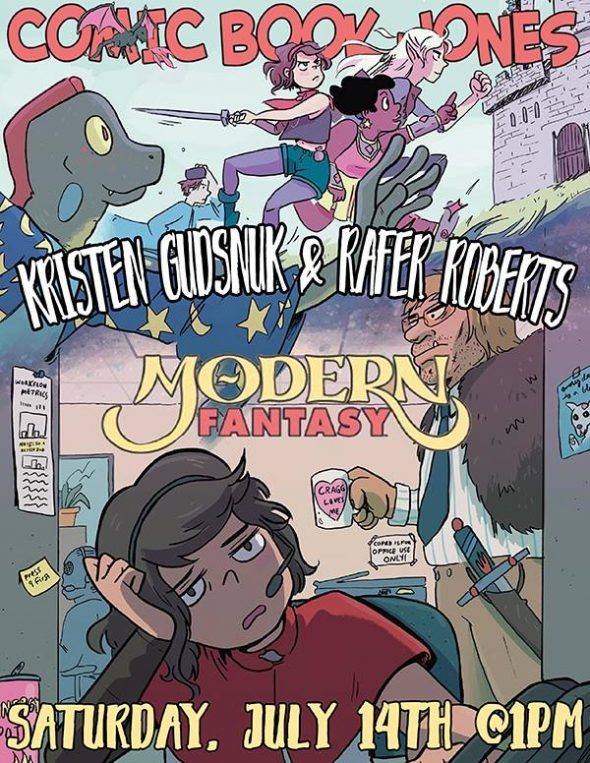 Kristen is also the creator of Henchgirl, Rafer is the creator of Plastic Farm and has written several titles for Valiant Comics including Archer & Armstrong and X-O Manowar.