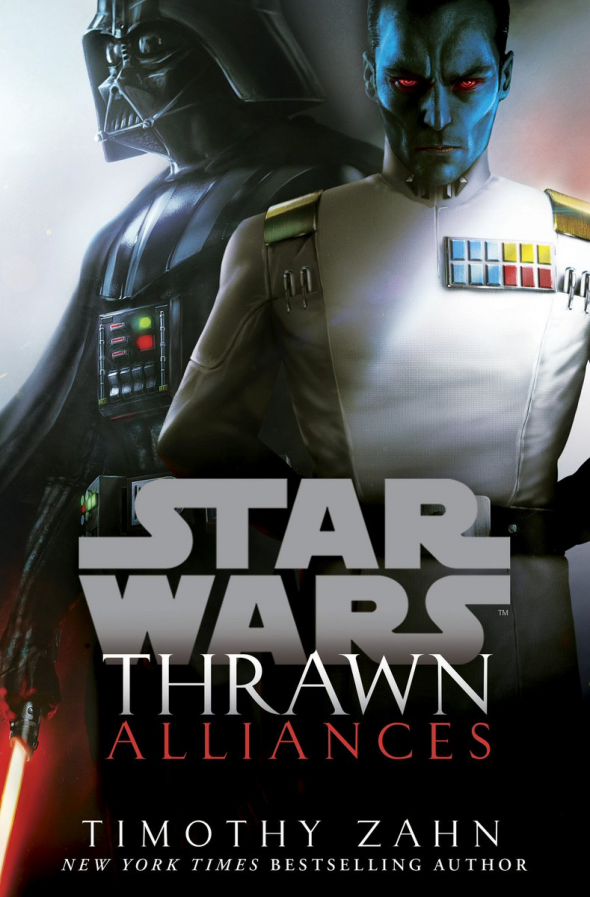 , bestselling author of several Star Wars titles and comics, appears at Tattered Cover Book Store on Tuesday, July 24, 2018 at 7:00 PM for a signing of his latest novel THRAWN: ALLIANCES.

Timothy Zahn is the Hugo award-winning author of more than forty novels, nearly ninety short stories and novellas, and four short-fiction collections. He will discuss and sign Thrawn: Alliances ($28.99 Del Rey Books), a Star Wars novel in which Grand Admiral Thrawn and Darth Vader team up against a threat to the Empire.

In what seems like a lifetime ago, General Anakin Skywalker and Commander Mitth’raw’nuruodo crossed paths for the first time. One on a desperate personal quest, the other with motives unknown and undisclosed. But facing a gauntlet of dangers on a far-flung world, they forged an uneasy alliance.

Now, thrust together once more, they find themselves bound again for the planet where they once fought side by side. There they will be doubly challenged–by a test of their allegiance to the Empire…and an enemy that threatens even their combined might.

Colin Solan - July 6, 2020 0
Press Release: It’s summer 2020. What if, amongst all the cancellations, you were able to attend an exclusive intimate and interactive Comic-con-style booth ONLINE? IT’S ON!...