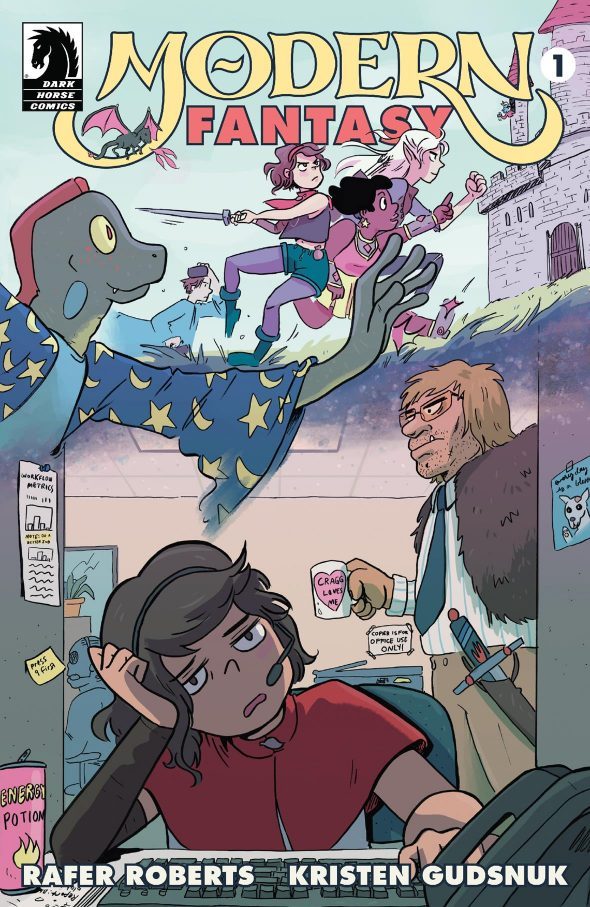 Kristen Gudsnuk, the creator of Henchgirl, appears at Escape Pod Comics on Wednesday, June 27 at 5 PM for the release of the first issue of her new Dark Horse comic series (with Rafer Roberts), Modern Fantasy- a slice of life comedy about living in a fantasy world that is far more like ours than usually presented in the genre.