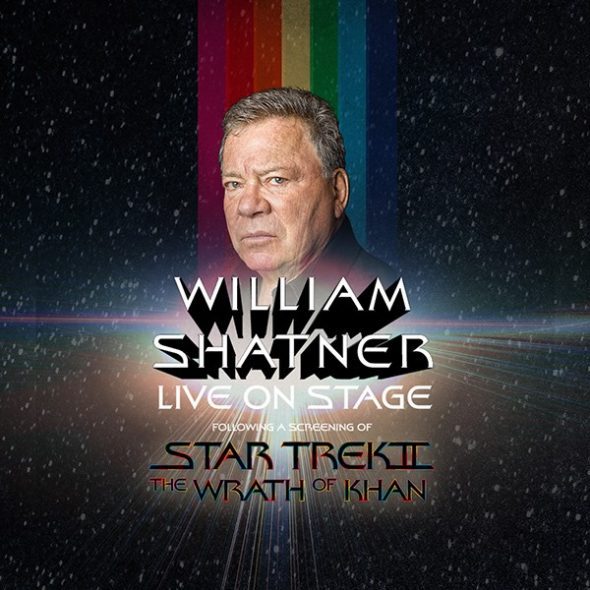 William Shatner appears at the Ovens Auditorium on Sunday, July 29th at 7:00 PM.