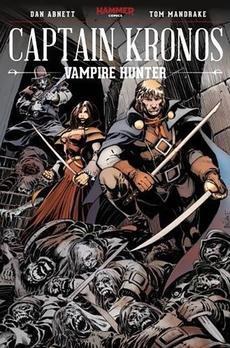 In the depths of Eastern Europe, the legendary vampire hunter, Captain Kronos and his two assistants, Grost and Carla are called upon to help rid a town of its vampire plague.

However, beneath the surface of the beleaguered town a malevolent force far more evil and deadly is awakening and it might just be the match of Kronos…

Dan Abnett is a bestselling author and an award-winning comic book writer. He has written over fifty novels, and his 2008 run on The Guardians of the Galaxy for Marvel formed the inspiration for the blockbuster movie. He is a regular contributor to 2000AD and is the writer on Aquaman, The Titans and Earth 2 for DC Comics.