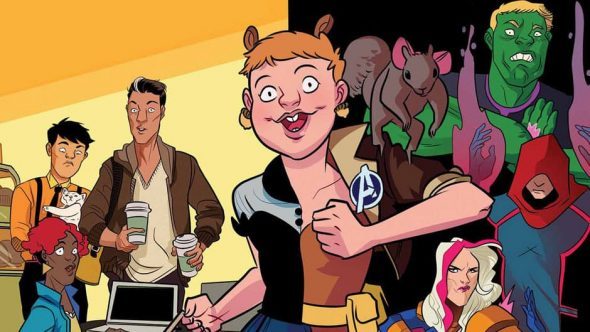 Artist Erica Henderson appears at Gosh Comics to sign copies of her Eisner Award-winning work (with writer Ryan North) The Unbeatable Squirrel Girl from Marvel Comics on Friday, April 20th from 6:00 till 7:00 PM!

Erica Henderson is a New York Times bestselling comic book artist born in Brooklyn and currently living in Boston, MA. She is best known for her work relaunching and redesigning Marvel’s The Unbeatable Squirrel Girl and Archie’s Jughead. Erica’s projects have garnered many accolades in recent years including Eisner Award nominations for Best New Series and Best Penciler/Inker, a Harvey Award nomination for Best Continuing or Limited Series, and a Silver Reuben nomination in the Comic Book category. Perhaps most prestigious of all, the Squirrel Girl creative team was the inaugural recipient of Comics Alliance’s “Nuts About That Booty” award.