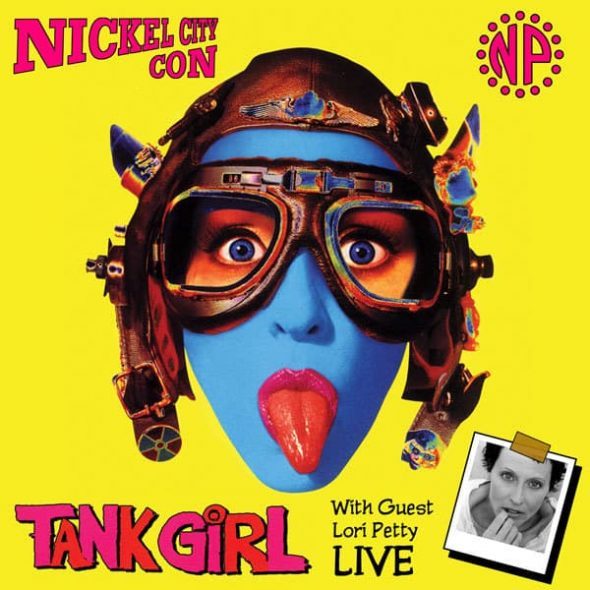 Join Nickel City Con as the phenomenal Lori Petty, Tank Girl herself, blasts into the North Park Theatre on Friday, May 18, 2018 at 9:30 PM before a screening of the 1995 cult classic!

Tank Girl cosplay is encouraged, and there will be a TBA prize for the best one. (NO PARKING TANKS IN THE THEATER!)

About TANK GIRL:
In 2022 Earth is struck by a comet, leading to a massive drought. 11 years later a majority of the water left is kept in a reserve. Tank Girl (Lori Petty) is a member of a resistance group who steals whatever they want, by any means necessary. Being the enemies of the water reserve, their hideout is attacked and Tank Girl’s boyfriend is killed and younger friend Sam (Stacy Linn Ramsower) is captured! Also starring Naomi Watts, Ice-T, and Malcolm  McDowell. Featuring a soundtrack assembled by Courtney Love.

About Lori Petty:
Lori Petty is an American actress, film director and screenwriter. As an actress, she is best known for playing Tyler Endicott in the film Point Break (1991), Kit Keller in A League of Their Own (1992), and the titular role in Tank Girl (1995). As a voice actress, she is best known as Livewire from Superman: The Animated Series. Currently, Lori stars as “Lolly” on the highly acclaimed Netflix TV series Orange is the New Black.