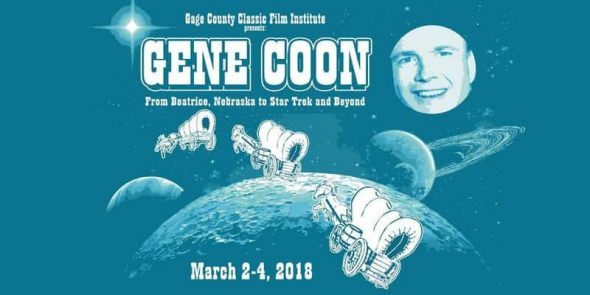 Join the Gage County Museum and the Gage County Classic Film Institute in honoring the career and life of Beatrice native Gene Coon on Saturday, March 3, 2018. “Gene Coon: From Beatrice Nebraska to Star Trek and Beyond” will feature speakers on Gene Coon and his career and his life growing up, being a WWII and Korean War Veteran and his career in writing and producing such shows as Star Trek, Bonanza, Wagon Train and many other hit shows of the late 50s, 60s and early 70s. Tickets available at the link…

We are happy to announce our featured speaker, David Gerrold. David is a TV Writer and Science Fiction author. He worked with Gene on “Star Trek” and was the writer of “The Trouble with Tribbles”. David is the author of many Science Fiction books, actor and writer of many television shows and movies. David will be speaking in the afternoon before we show the Star Trek episodes. He will speak and sign at the Beatrice Public Library on Friday March 2nd at 7pm.