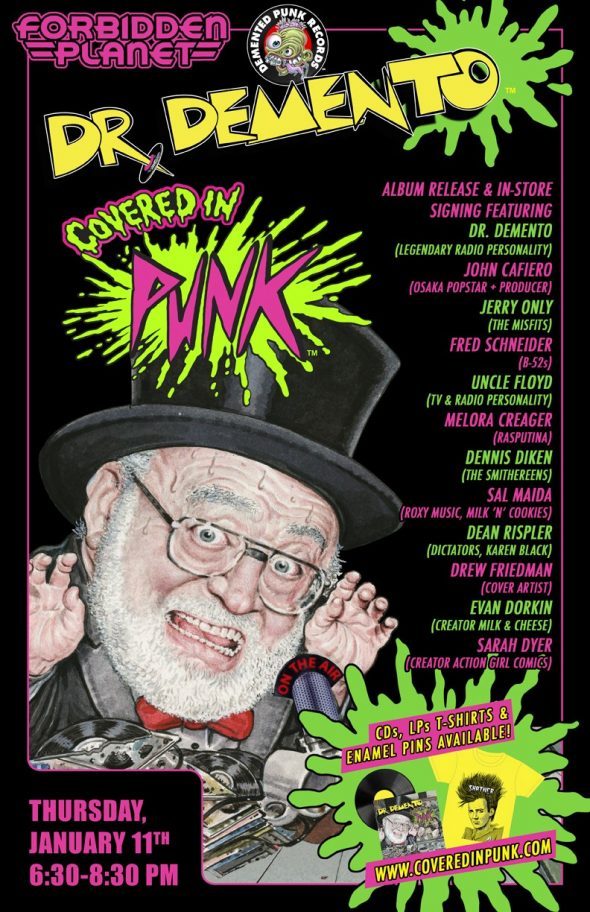 Forbidden Planet will host an in store signing in celebration of the release of “Dr Demento Covered in Punk”! Cafiero has assembled one of the most eclectic all star lineups of musical artists in the history of recording to create a two hour album presented in the style of a Dr Demento Show radio broadcast. With classic novelty songs being covered by legendary punk musicians, and infamous punk songs re-imagined in newly demented versions by some truly mind-blowing recording artists, plus an extensive booklet, and packaging illustrated by some greats from the fringe of the comics world—the Doctor is in and he’s Covered in Punk!