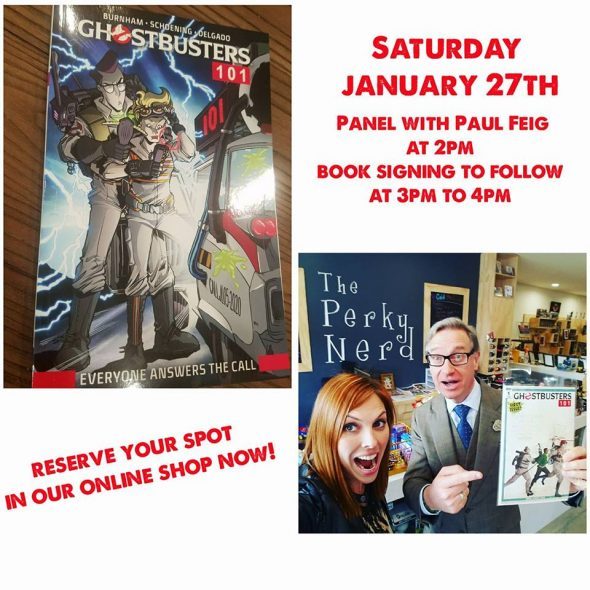 Paul Feig (director of Bridesmaids, Ghostbusters, Spy, and The Heat and co-creator of Freaks and Geeks) appears at the Perky Nerd on Saturday, January 27, 2018  to present and sign GHOSTBUSTERS 101, for which he wrote the foreword.

The Perky Nerd is so excited to have Paul Feig join us for the first panel and book signing of 2018. The panel will be a fun chance to chat with Paul about comedy and directing women in film. The new release of GHOSTBUSTERS 101 in trade paperback features a foreword by Paul Feig and he will be signing the book purchased at The Perky Nerd for this event. The book will be available at the event upon check in starting at 1:30pm. The panel will start at 2pm. The signing will follow at 3pm to 4pm. Admission tickets are available now which includes the IDW trade paperback of GHOSTBUSTERS 101 and will be the only item permitted to have signed by Paul.

CA – Warren the 13th and the Thirteen-Year Curse Signing