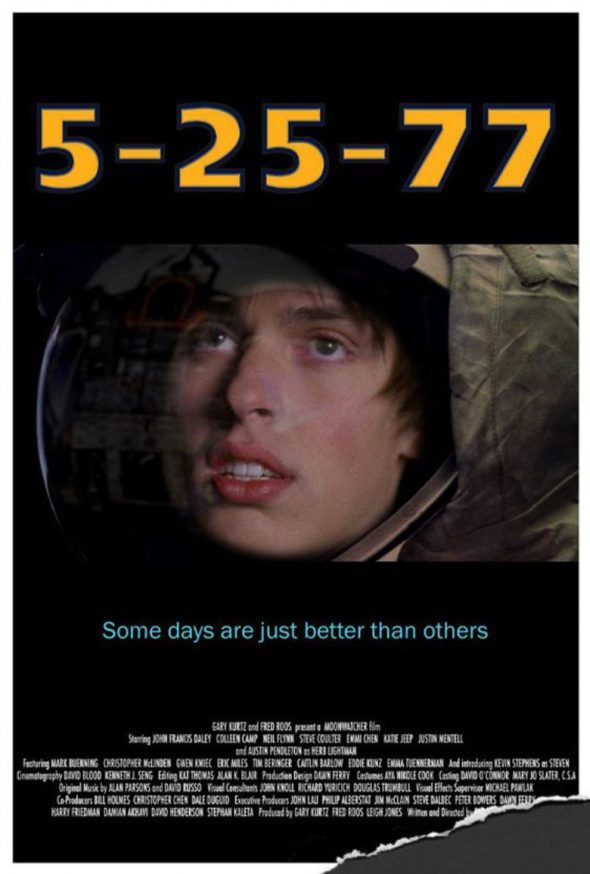 Director Patrick Read Johnson appears at the Alamo Drafthouse on Saturday, December 2nd at 2:00 PM for a screening of his film 5-25-77.

Produced by Gary Kurtz (STAR WARS and AMERICAN GRAFFITI) and Fred Roos (LOST IN TRANSLATION), 5-25-77 tells the autobiographical true story of a sci-fi obsessed filmmaker, Patrick Johnson, living in a small town who grows up making 8mm knockoffs of his favorite films, until one day, his mom, desperate to help him escape the fate of small town life, makes a phone call to the editor of American Cinematographer Magazine that results in a Wizard of Oz like transport of our hero to Hollywood… where he becomes the first person that didn’t WORK on Star Wars, to SEE Star Wars.

The film then details his return to his tiny hometown… and an American Graffiti-esque night there, as he struggles to choose between taking off on the road to his dreams, or remaining trapped in the familiar world of his childhood.