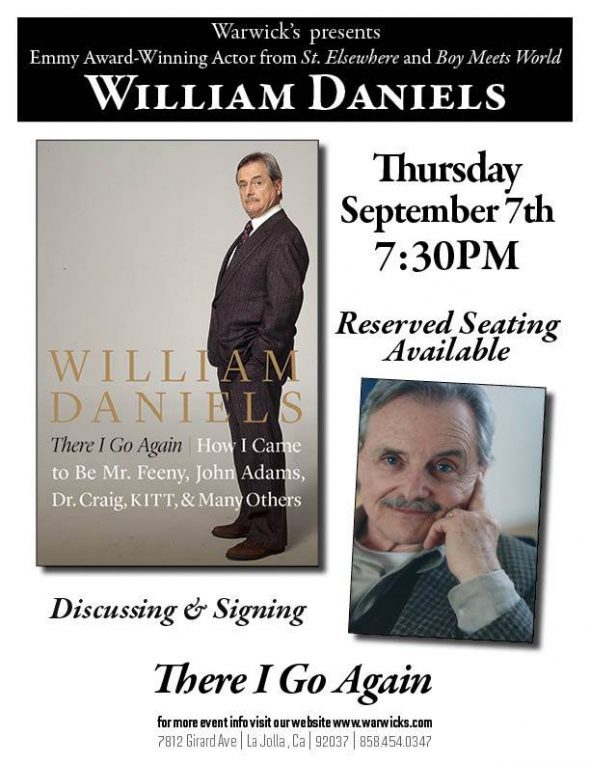 William Daniels, acclaimed for such roles as Mr. Feeny on Boy Meets World and KITT in Knight Rider, will be at Warwick’s Books on Thursday, September 7, 2017 at 7:30 PM signing copies of his book There I Go Again, a celebrity memoir like no other, revealing the life of a man whose acting career has been so rich that millions of Americans know his face even while they might not recognize his name.